For the second round of the season and the final major professional race in Japan before the transition from the Heisei to the Reiwa era, it’s off to the undulating, technical Sportsland Sugo circuit in the northeastern prefecture of Miyagi, for two three-hour races.

The #777 D’station Vantage will look to open the season with consecutive victories in Turner’s second of two scheduled appearances alongside Satoshi Hoshino and Tsubasa Kondo. With their previous Porsche 911 GT3-R, D’station Racing won the Sugo race last season. But as one of six cars in the top-level ST-X class, they’ll have some formidable competition from the two teams that were swept up in incidents and knocked out at Suzuka.

The #1 GTNET Motor Sports Nissan GT-R GT3 (Teruhiko Hamano/Kazuki Hoshino/Kiyoto Fujinami) returns, as does the formidable #300 Tairoku Racing entry – but the latter is no longer a Ferrari 488 GT3, but a brand-new 2018-spec GT-R for the returning quartet of Tairoku Yamaguchi, Harrison Newey, Nicolas Costa, and Shinichi Takagi. At last, the second-gen GT-R GT3 makes its Super Taikyu debut – and many are interested to see how it’ll fare in the hands of Tairoku Racing. 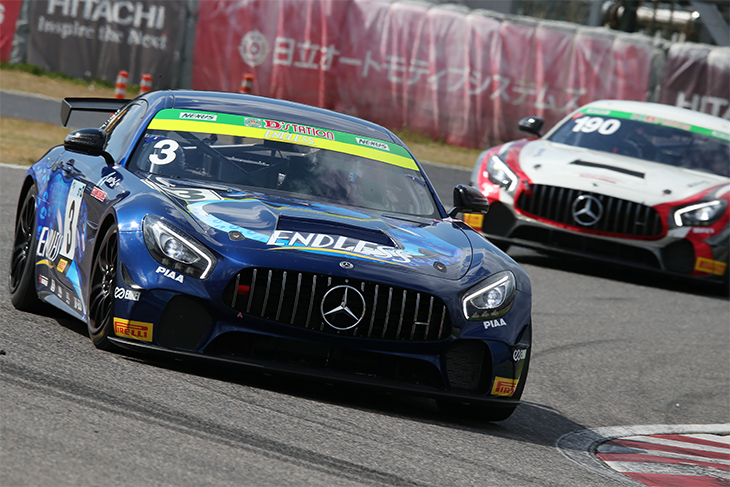 Over in ST-Z, the #3 Endless Sports Mercedes-AMG GT4 (Yuudai Uchida/Hideki Yamauchi/Tsubasa Takahashi) dominated its class at Suzuka. But the #2 K’s Frontier Syntium KTM X-Bow GT4 (Taiyou Iida/Hiroki Katoh/Kazuho Takahashi) is mighty quick through the corners, and that would swing the balance back in their favour around the twisty 3.709 kilometre circuit, if the KTM engine proves reliable.

We also hope to see the #35 Monocolle SUN’s Techno First Ginetta G55 GT4 in action after it had missed the opening race at Suzuka after a Friday practice crash.

Over in ST-TCR, the Audis are starting to find their form – and now their fleet of RS3 touring cars expands to four with the debut of the #22 Waimarama Kizuna Racing Team car – starring Nissan factory driver Katsumasa Chiyo, joined by Japanese-American gentleman racer Kazutomo Robert Hori, and a third driver under the nom de course “Kizuna”. 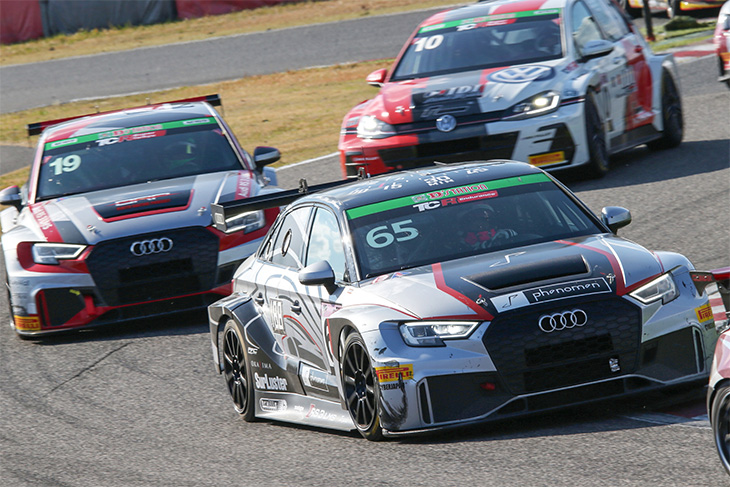 After a breakthrough victory for the #65 Phenomen Audi Team Mars RS3 (Hideaki Okajima/Masanobu Kato/Masato Shimoyama/Daisuke Imamura), can they make it two in a row – or will the reigning champions’ #97 Modulo Honda Civic TCR (Tadao Uematsu/Shinji Nakano/Mitsuhiro Endo/Hiroki Otsu) strike back after their controversial penalty at Suzuka that took them off the podium?

The fight in ST-1 should be a little more even thanks to balance of performance adjustments meted out to the #998 Tracy Sports Audi R8 LMS Cup (Jeffrey Zee/Leo Ye/Hans Wang). Down in ST-2, the #59 DAMD Motul Subaru WRX STI (Manabu Osawa/Hitoshi Gotoh/Takuto Iguchi/Mizuki Ishizaka) wants to open up their chase of a record seventh straight class title with the victory. And keep an eye out on ST-3, where the Nissan Fairlady Z34s of Okabe Jidosha Motorsport has won the last two races, at a track where the Z34s typically excel above all else. 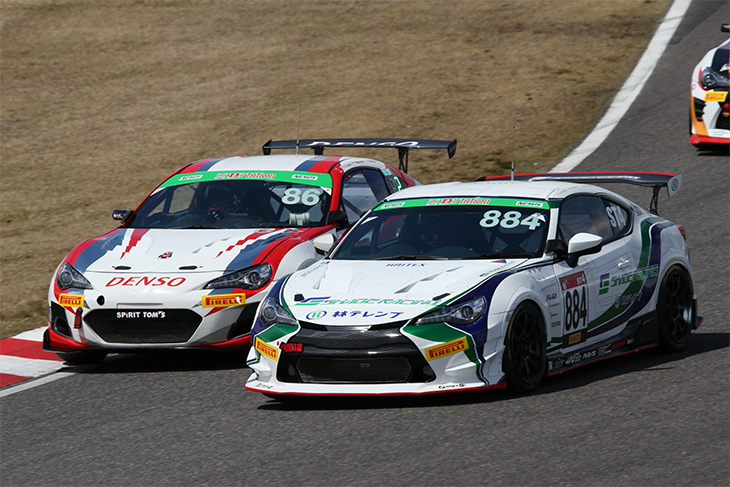 The Group 2 race preceding the Group 1 headliner, on Saturday, will feature the 22 cars from the ST-4 and ST-5 classes in their own race. And this race has plenty of star power up at the front!

Suzuka saw a mechanical failure at TOM’s Spirit take them out of contention and elevated the #884 Hayashi Telempu Shade Racing Toyota 86 (Katsuyuki Hiranaka/Yuji Kunimoto/Hiro Hayashi) score the class victory. Will they make it a perfect two-for-two, or will the #86 TOM’s Spirit 86, with Kazuya Oshima now joining Sho Tsuboi and Takamitsu Matsui this weekend, take the fight back to the second-year upstarts?

The strength of the first-year entrant #310 GR Garage Mito Inter GR86 (Rintaro Kubo/Shinya Hosokawa/Rei Yamaguchi) cannot be ignored after a great debut race. And after sitting out the first round, Endless Sports have brought their #13 Toyota 86 back out for the solid all-pro duo of Yuhki Nakayama and Ritomo Miyata.

And in ST-5, it seems like its fair game for any one of the teams to step forward and take a class victory. A Honda Fit won last year at Sugo, and a Mazda Roadster ND won the year before.

Both races will be live and free around the world with Japanese commentary on Super Taikyu TV, starting with coverage the Group 2 race on Saturday at 13:30 JST/5:30 AM BST, and then the Group 1 race on Sunday at 12:00 JST/4:00 AM BST.