Track action is underway in Virginia for the Blancpain GT World Challenge America runners ahead of the third and fourth races of the 2019 season, but this weekend there’s just 17 GT3 cars present at the meeting.

After 26 GT3s took part in the opening weekend at CoTA, the grid size has shrunk considerably for the series’ trip to the 3.2-mile circuit based in Alton, Virginia.

This weekend there are no entries from GMG Racing, US RaceTronics, TR3 Racing, Vitalspeed, P1 Motorsports, Risi Competizione and Autometrics. However, many of the omissions from the round at VIR were expected, and despite the reduction in cars, the list for this weekend still features plenty of strong entries.

It’s headlined by a six-car PRO class which remains intact after the races in Texas. Following on from the opener, K-PAX Racing’s Bentley Continental GT3s will do battle with the R. Ferri Motorsport Ferrari, after strong performances and race wins for both teams in Austin have put them atop the standings at this early stage.

The rest of the class is made up of three Porsche 911 GT3 Rs, a pair from Alegra Motorsports and one from Wright Motorsports.

The PRO-AM category features the added bonus of a retro-liveried RealTime Racing Acura NSX GT3 EVO. The Wisconsin-based team, which has 15 World Challenge titles to its name, returns to the series after the programme came together too late for it to feature at the opening round. 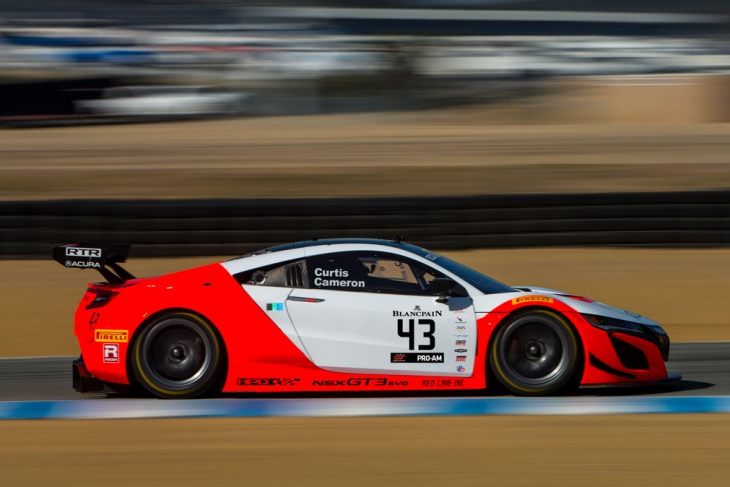 “I think we make for a strong pairing that can definitely win races. With RealTime’s support, we’ll have all the ingredients we need to be successful.”

The pair of 90-minute races this weekend will run on Saturday and Sunday.

Also on the bill for the weekend is the GT4 America series. And for the first time this season, both the Pirelli GT4 America Sprint and SprintX championships will be in action.

44 cars across Sprint and SprintX competition are scheduled to compete. The series will feature 10 manufacturers, with the Sprint series showcasing a single-driver, 50-min double-header and the SprintX series highlighting a pair of two-driver, hour-long races with pit stops.