The Pirelli Super Taikyu Series travelled to Miyagi Prefecture and picturesque Sportsland Sugo this weekend for two three-hour races that make up the second round of the 2019 season.

The 31 cars of the top six classes made up the grid for Sunday afternoon’s Group 1 Race: The ST-X (FIA GT3), ST-Z (FIA GT4), and ST-TCR classes, plus ST-1, and the production-based ST-2, and ST-3. During Saturday morning qualifying, the combined times of gentleman driver Teruhiko Hamano and pro driver Kazuki Hoshino put the #1 GTNET Motor Sports Nissan GT-R GT3 on pole position.

Hamano started the race in the #1 GTNET GT-R, ahead of Toru Tanaka, the gentleman driver of the #244 Max Racing Lexus RC-F GT3. With the front row electing not to start with a pro driver, it was Shinya Sean Michimi, the Japanese-American driver aboard the #83 X Works Audi R8 LMS, that went to the lead on Lap 8.

One Full Course Yellow (FCY) had already come out by the time the first of the leaders came in on Lap 23. Hamano yielded the #1 GTNET GT-R to Hoshino, while Toru Tanaka remained onboard the #244 Max Racing Lexus.

During the second FCY from Lap 44, the #1 GTNET GT-R pitted again, but this time, leaving Hoshino in the car as they took on fuel and tyres. Meanwhile, after a stellar first stint from Michimi, Philip Tang jumped into the #83 X Works R8, and the #777 D’station Aston Martin Vantage GT3, the winning car from Suzuka, switched drivers from Tsubasa Kondo to Satoshi Hoshino.

But just after the halfway point of the race, Tang came to grief with the ST-TCR class #10 IDI Volkswagen Golf GTI TCR. The two cars collided coming out of the notorious 110R corner, and both suffered terminal damage. This brought out the race’s first Safety Car.

It was during this six-minute, 20-second Safety Car intervention that GTNET Motor Sports’ tactics paid off: They were able to install Kiyoto Fujinami for the rest of the race, with Hoshino, their Platinum driver, having already done a sufficient stint below the maximum 1 hour 12 minute drive time for Platinum drivers.

But the #777 D’station Vantage needed to wait until after the Safety Car was withdrawn to get Darren Turner in for his closing stint of the race, which cost them a shot at the victory. Also needing to wait for their final stop was the #300 Tairoku Racing GT-R GT3 (Tairoku Yamaguchi/Harrison Newey/Nicolas Costa) who also needed to get Newey in under the 1h12m limit. Turner came in for his stint in the #777 D’station Vantage with 68 minutes left, and Newey took over 10 minutes later aboard his #300 Tairoku GT-R. 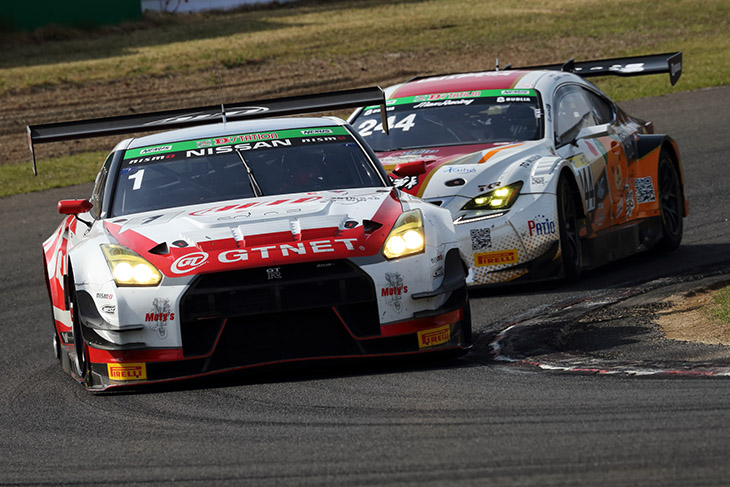 It became a two-car race for the victory between young Fujinami, and veteran driver Tetsuya Tanaka in the #244 Max Racing RC F, after a second and final Safety Car intervention with 45 minutes to go. Fujinami nailed the final restart with 30 minutes to go and pulled away over the final half hour as GTNET Motor Sports took their first victory of 2019.

In a race with two Safety Cars and two FCYs, Hamano, Hoshino, and Fujinami were only able to complete 107 laps, compared to the 110 that the Group 2 Race winner in the much slower ST-4 class Toyota 86 was able to complete, but the maximum 22 points will count all the same as GTNET Motor Sports atoned from the disappointment of Suzuka, and showed that the old 2015-spec Nissan GT-R GT3 was still a very competitive car.

The #244 Max Racing RC F of Toru and Tetsuya Tanaka, and Kimiya Sato, finished 17 seconds adrift in second. The #777 D’station Vantage of Hoshino, Turner, and Kondo finished third, with Aston Martin Racing legend Turner scoring his second podium in as many races in the last of his two scheduled appearances in the series. And the #300 Tairoku GT-R, in the 2018-spec GT-R’s debut race in the series, came home in fourth. 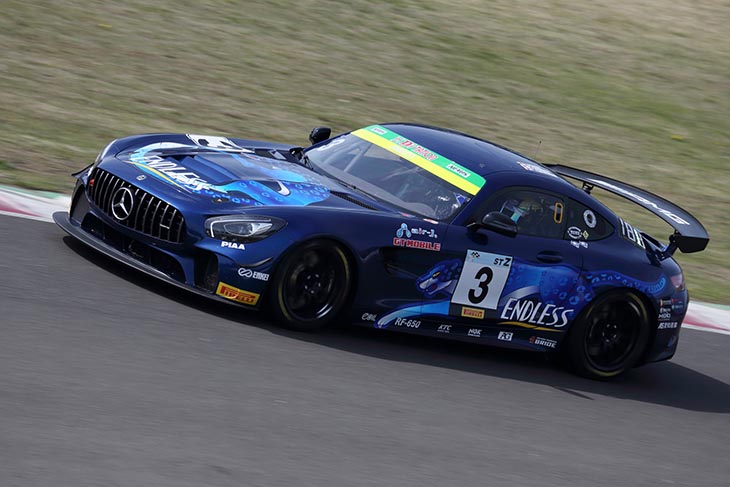 Fifth overall, and once again the dominant force of the ST-Z class, was the #3 Endless Mercedes-AMG GT4 (Yuudai Uchida/Hideki Yamauchi/Tsubasa Takahashi). They took pole position in class and converted it into a dominant victory by a margin of three laps over the #2 KTM Cars Japan X-Bow GT4 (Taiyou Iida/Hiroki Katoh/Kazuho Takahashi).

The #190 BRP Mercedes-AMG GT4 (Koichi Okumura/Akira Mizutani/Daisuke Yamawaki) made it only seven laps before retiring with a gearbox failure, while the #35 SUN’s Techno First Ginetta G55 GT4 was once again scratched from the field.

Audi continued their winning ways in ST-TCR, and another first-time winner was crowned as Birth Racing Project finally took their first win in the class with the #19 BRP Audi Mie RS3 LMS of Yuya Ota, Takeshi Matsumoto, and Takuro Shinohara going from pole to victory in 101 laps. 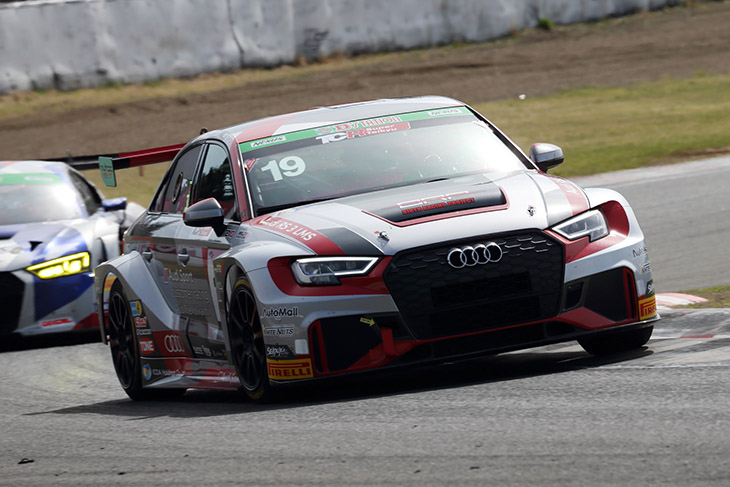 Matsumoto led the way as BRP made the best use of the FCY interventions to change out their drivers and give them their first win since entering as charter ST-TCR entrants in 2017. 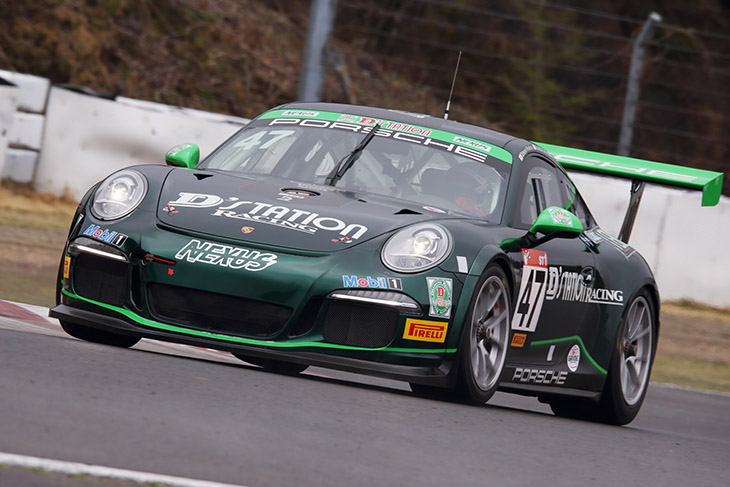 In ST-2, the #6 Shinryo Auto/Dixcel Mitsubishi Lancer Evolution X (Tomohiro Tomimasu/Yasushi Kikuchi/Masazumi Ohashi) went from pole to the victory, but their race-long battle with the #59 DAMD Motul Subaru WRX STI (Manabu Osawa/Hitoshi Gotoh/Takuto Iguchi/Mizuki Ishizaka) was ended prematurely when the Subaru crashed out at the exit of 110R with 50 minutes to go! 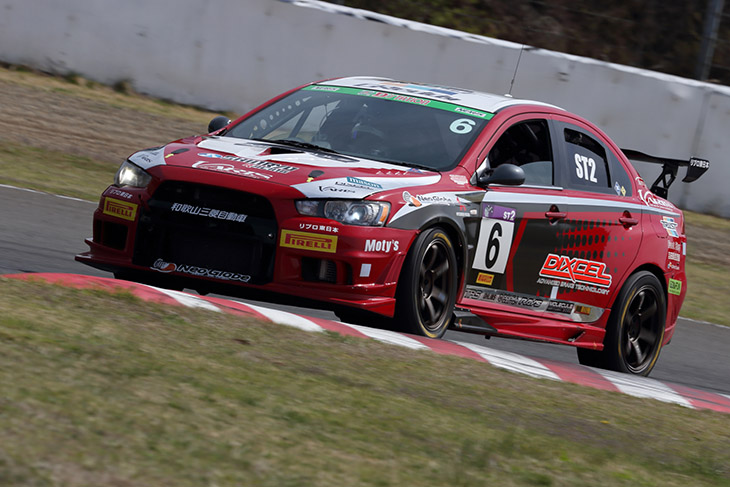 That crash kept the TOWA INTEC Racing team from being classified, thus they lose out on any points and suffer an early setback on the way to their seventh straight class title.

But the highlight of the race had to have been the finish in ST-3, as the #38 Advics muta Racing Lexus RC 350 (Makoto Hotta/Ryohei Sakaguchi/Yuui Tsutsumi) held off the #68 Saitama Toyopet GreenBrave Toyota Mark X (Naoki Hattori/Shigekazu Wakisaka/Hiroki Yoshida) at the line by just 0.069 seconds! 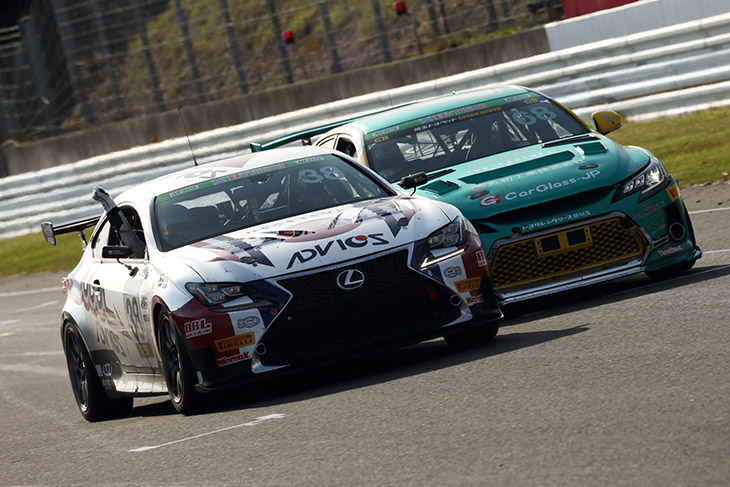 Wakisaka’s final pursuit of the victory started off shaky when he was tagged by the #15 Okabe Jidosha Nissan Fairlady Z34 (Masaaki Nagashima/Kazuomi Komatsu/Naohiro Furuya/Jun Tashiro) at the S-Curves, later causing the Z34 to go to the garage.

But he quickly recovered. With 20 minutes to go, the gap between Wakisaka and the #38 Lexus of Sakaguchi was just over 8 seconds. It came down to less than half that with 10 minutes left, and on the penultimate lap, Wakisaka and Sakaguchi were running tail to nose. Wakisaka threw everything, including one last slipstream up the hill out of 110R to pass Sakaguchi – but in the end, the silver, blue, and red Lexus held off the green and gold Toyota for the class victory.

And not too far behind, the #14 Hirix Yaima Z34 (Manabu Yamazaki/Mitsunori Atake/Isao Ihashi) was just 0.5 seconds off the ST-3 victory in third!