The forecast for this weekend’s racing at Spa is somewhat bleak. The scheduled rain has already arrived and interrupted the running in Free Practice 2, and the conditions are not likely to improve before the end of the meeting. Remarkably though, that means it could be the first time that a wet qualifying session and race has hit the hybrid era of the Spa 6 Hours. 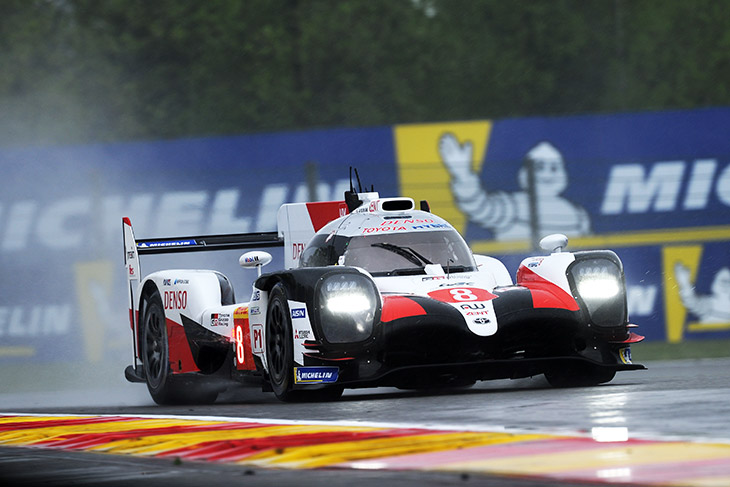 Since the Hybrids first appeared in 2012, Spa Francorchamps has delivered dry weather, an incredible stat on its own given the fickle nature of this circuit. While there have been wet sessions, qualifying and racing have been dry.

“Since 2013 I have never experienced a wet race here. Now on Sunday, it is meant to be snowing,” Toyota’s Sebastien Buemi said.

The #61 Clearwater Racing Ferrari 488 GTE racing here is a new chassis, replacing, for now at least, the car that was damaged at Sebring. 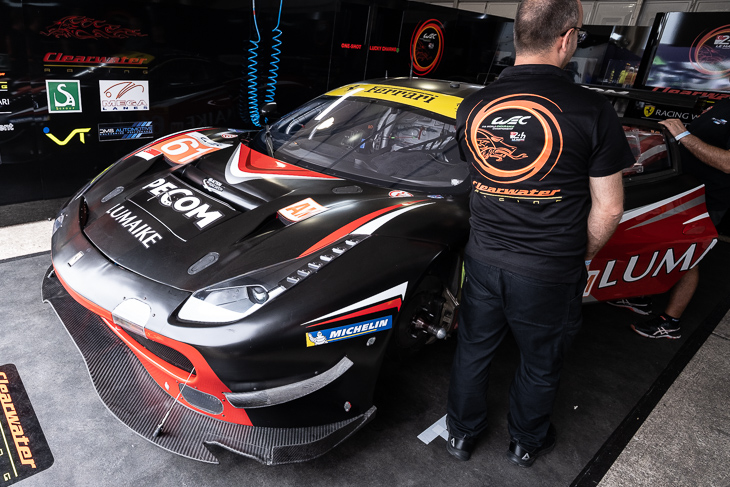 The original car though is far from beyond repair and a good thing too as it has significant history, as the chassis that took James Calado and Alessandro Pier Guidi to the 2017 FIA WEC GT Drivers World Championship.

More on LMP1 aero this weekend

The SMP Racing BR1 AERs have been running today with their standard, higher downforce, bodywork.   The Rebellions meanwhile are running their low-drag aero kit, albeit with some tweaks, a rear gurney and some other minor enhancements.

Bart Hayden meanwhile explained to DSC the reasons for adopting the new Le Mans aero for the 2019 race: 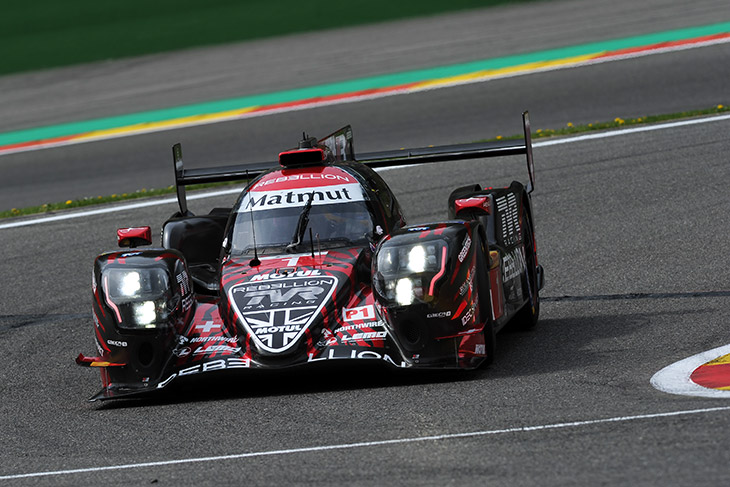 “When we ran at Le Mans last year, one of the things we found difficult was overtaking LMP2s on the straights. We had almost too much downforce on the car. We wanted to get rid of downforce and gain some top speed. The test at Aragon looked to have delivered what we are hoping and expecting.

“I don’t think it will make too much difference in lap times, but over the course of a stint, the lap average will come down, as we should be able to get through traffic easier. With the original aero, it was good through the Porsche Curves, on a clean run almost too good, so the drivers were ready to sacrifice that to have something a little more balanced.

“We won’t know until we go to Le Mans what we have, but we’re pleased with what we’ve seen so far.”

There has been no final decision yet on the Le Mans driver line-ups for BMW Team MTEK with just 6 weeks to go before the race, though the final driver nominations must be made by 7 May. 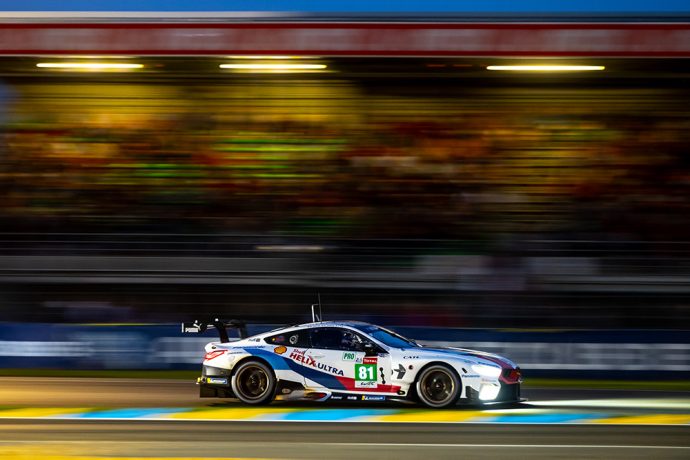 “No (decisions have been made). We have an idea of where we want to be with drivers. It won’t be a surprise, but there is always the possibility to adjust it on form and driver performance,” said Ernest Knoors, MTEK’s team principal.