The IMSA round at Mid Ohio this weekend sees IMSA’s GTD cars return to action for the first Sprint round of the 2019 season. And for the Heinricher Racing/Meyer Shank Racing team, it’s going to be an important meeting, with valuable points on offer and at a circuit which it scored a podium finish last season.

It’s been a year of highs and lows for the Meyer Shank team in sportscar racing so far though. With the addition of Jackie Heinricher’s resources, the team has had an at times quiet, but a strong start to the IMSA season racing in the highly-competitive GTD field.

The only real low point of the young season came away from the IMSA paddock when its plans of taking its all-female crewed project to Le Mans and compete in LMP2 were thwarted by the ACO not granting the team an entry.

This year the number of applications the ACO received for Le Mans was staggering, as even with an additional two garages at this year’s race (setting up a record grid size of 62 in June) there were still numerous teams that were forced to miss out.

Team owner Michael Shank and Heinricher were, understandably, hugely disappointed with the decision. However, there’s still much work to do this year. The IMSA season is long and important to the team. If it stays consistent, winning a title is still very much a possibility, with either of its driver line-ups. 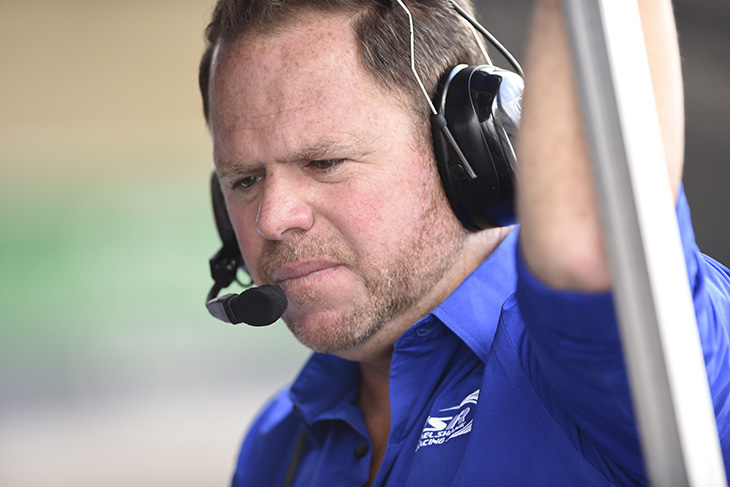 “I’m trying to go on at this point,” Shank told DSC. “I’m really disappointed and feel we didn’t get treated equally. I’m being transparent.

“But, I understand and respect the process. Our effort I think had a lot of quality. I’ve got a good effort here and we won’t get to showcase it at Le Mans, with one of the highest profile commercial sponsors at the race and a compelling story with my drivers. On straight merit, they should be there, but it’s over, it happened, we move on.

“IMSA is our focus now. Daytona was fun, and Sebring was a really great event for us. We had a load of Caterpillar guests spending time with us. It was a big weekend for Acura, despite the fact that traditionally Sebring has been our toughest race with the NSX.

So far this season, the team’s pair of Acura NSX GT3 EVOs have been amongst the fastest in the GTD class. And in fact the team started the season off a strong performance at the Roar Before the Rolex 24, winning the best garage spot for the race by setting the fastest time at Qualifying courtesy of a standout drive from Bia Figueiredo in the #57 Caterpillar-backed Acura.

Currently, the team’s #57 sits eighth in the standings, with the #86 third after two consistent showings at Daytona and Sebring. 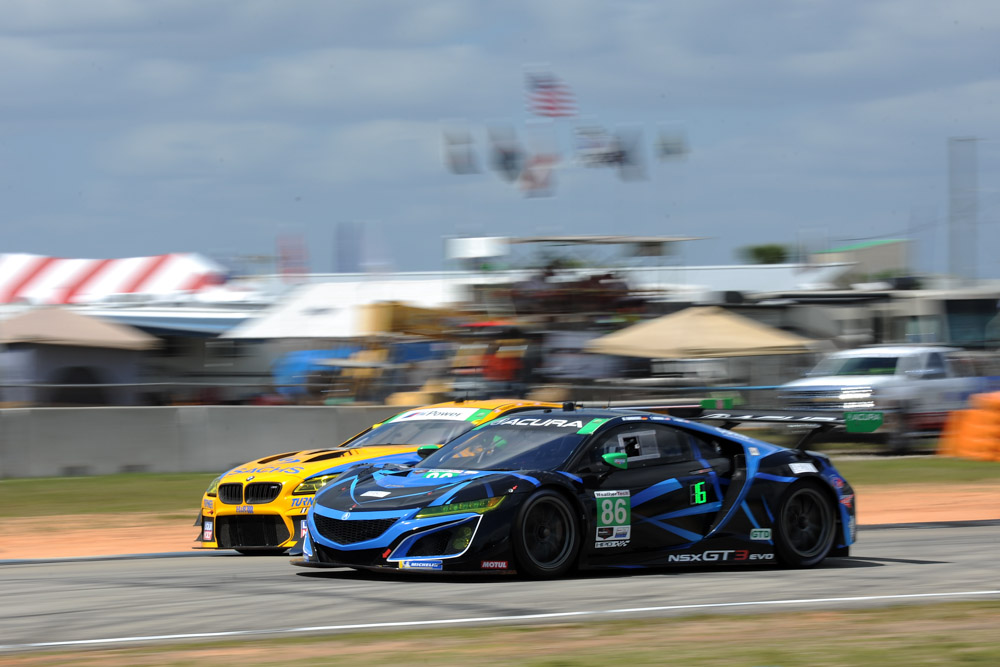 Part of the team’s optimism is the experience its crew behind the scenes can draw from, though it also believes both its driver crews and the NSX GT3 EVO as a platform can deliver.

The new NSX GT3 EVO, which features updated aero to improve its drivability, is a package that MSR feel can win a title up against the other major manufacturers represented in the GTD class.

And with its selection of drivers, it can too. The #86 features GT veteran drivers Mario Farnbacher and Trent Hindman full time, while the #57 has a rotating selection of women, all with glowing CVs.

At Daytona Christina Nielsen, Katherine Legge, Simona De Silvestro and Bia Figueiredo shared driving duties in the #86, and for Mid Ohio, the team’s home circuit, Nielsen is staying on to partner Legge, making for a strong pairing. 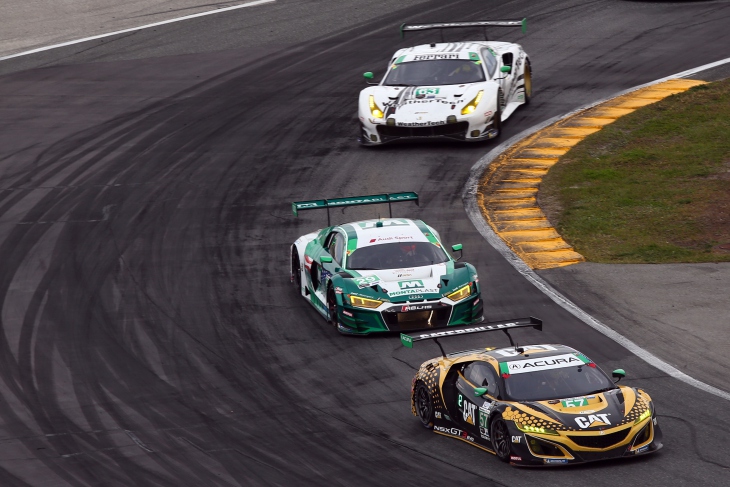 “Daytona was our first race out, I think we did a great job to run third and fourth overnight,” Jackie Heinricher said to DSC. “We stayed on the lead lap until the rain came, it was overwhelming, it caught a lot of teams out, including us. But we had a great time, it was a great start to the season for us.

“People don’t recognise the depth of talent for the Caterpillar car. We have former IndyCar drivers, IMSA champions. Look at someone like Katherine, who has driven all over the world and has had many successes. We have a team of global talent, some of the best female drivers in the world. And we’re here to win.”

But what’s the ultimate aim of the all-Female-crewed project, which is headed by Heinricher Racing? Is Le Mans still a possibility down the line? Right now, with most of the IMSA season still to run, the focus has shifted to its domestic races. But Heinricher told DSC that there’s still a drive to put this project on the world stage in the future. 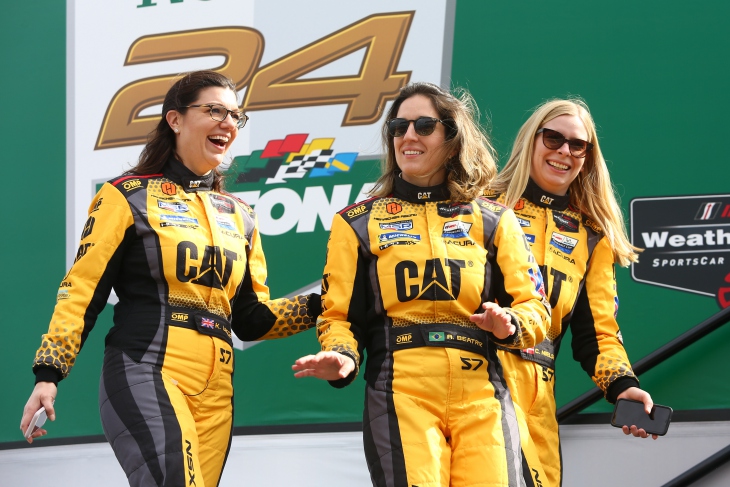 “Our goal is to focus on this IMSA championship before we make 2020 plans. But all of us want to participate in the Le Mans 24 Hours, that’s what most racers want.

“We’re racers, we would have raced at Le Mans properly. We bring an amazing partner to our programme, and I think supporting women in racing means inclusivity.”