The #7 Toyota TS050 Hybrid showed its hand in Practice 3. Kamui Kobayashi setting a time of 1:54.105 to go more than 2.2 seconds quicker than their teammates, with Kazuki Nakajima setting the fastest time in the #8 Toyota.

The fastest Toyota was 2.7 seconds quicker than the fastest non-hybrid, the #17 SMP Racing BR1-AER entry with Egor Orudzhev’s time of 1:56.842 showing their Thursday pace was no fluke. With 18 laps completed for the #17, the team showed no lasting scars from yesterday’s substantial off in the rain.

Added to the SMP story is that the #11 came home fourth fastest ahead of the Rebellions and the ByKolles (which was down amongst the LMP2s on a 2:05.697, some two seconds off their Practice 1 time.

The rain stayed away for the duration of the session, though a stiff breeze held throughout qualifying with a track temperature of 10.6 degrees and air temperature of 7.8 degrees ensured that getting temperature into the tyres would be important.

Remarkably the session also ran green the entire time with no major incidents to report with other than Gianmaira Bruni coming to a halt at the pitlane entry at the end of the session. 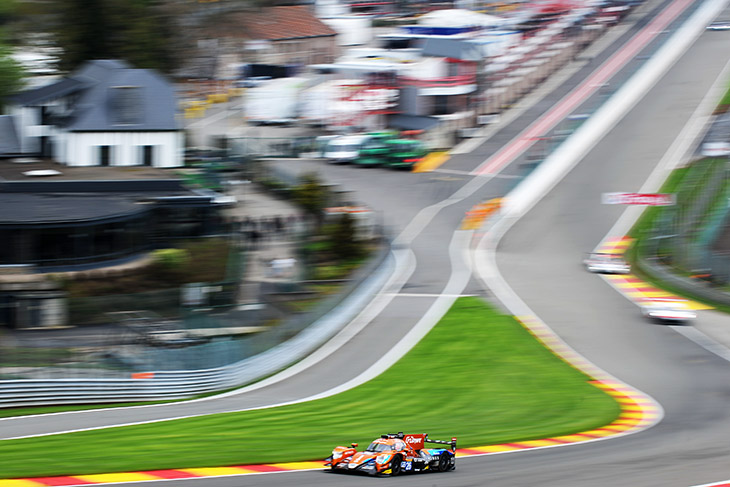 Despite their end of session dramas, the cause of which is still unclear, the #91 Porsche headed the GTE Pro competition. Gianmaria Bruni’s time of 2:13.722 was 0.223 faster than Harry Ticknell in the #67 Ford GT and a further 0.319 ahead of Kevin Estre in the sister #92 Porsche, the Fords coming good towards the end of the session. 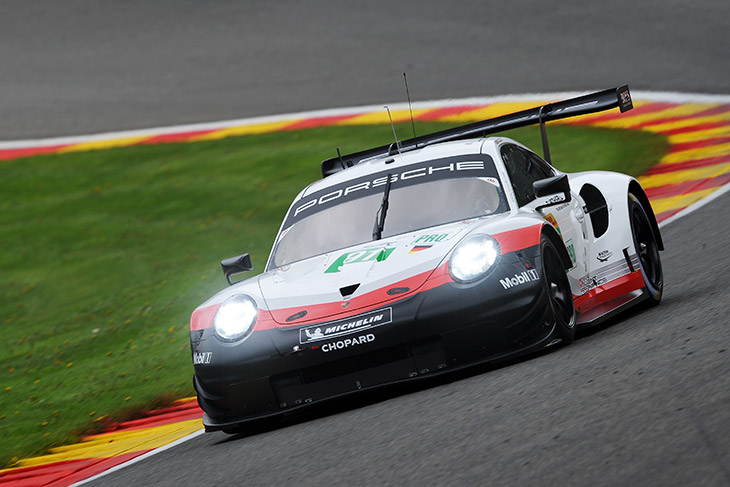 The Aston Martin crews could not repeat their Thursday heroics. The #97 was the best, seventh in class, on a 2:14.695. The slowest GTE Pro entry was the BMW #81, 1.6 seconds off the pace demonstrating the tightness of this battle. 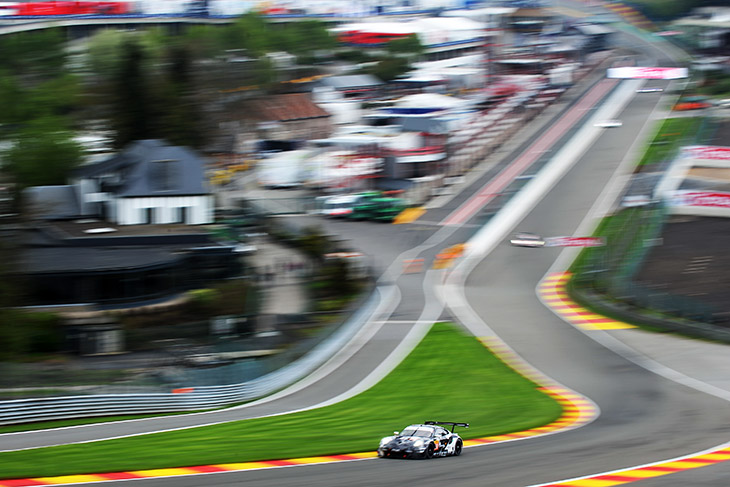 The next session is qualifying with the GTE classes taking to the track at 3pm before the LMP cars qualify at 3:35pm.