After starting in the dry and sunshine, the 2019 6 Hours of Spa Francorchamps has been hit by a heavy snowstorm, which after half an hour of racing forced a safety car. (Updates at the bottom) 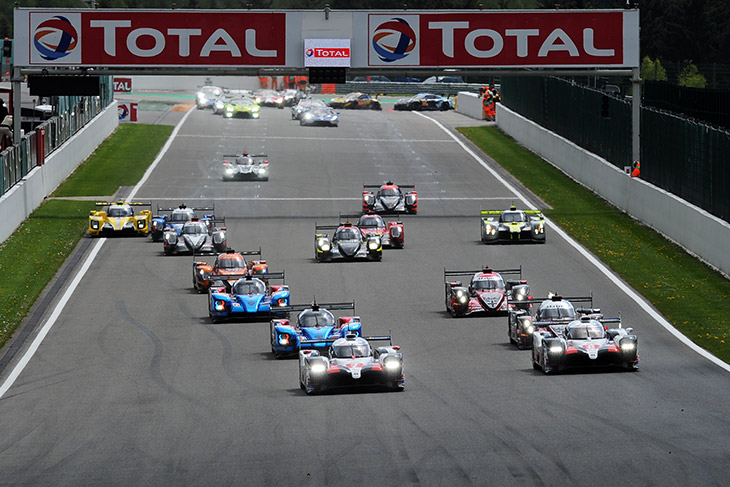 The weather front started as sleet and after five minutes of racing forced some teams to gamble and take wet tyres. That immediately benefitted those who came in early as the weather became undrivable in a matter of minutes.

Up front, it was the #7 Toyota with Mike Conway behind the wheel that led the race when the safety car was called.

He led from the #3 Rebellion with Thomas Laurent behind the wheel. The #8 Toyota with Sébastien Buemi was third after losing time in its pitstop due to the team not getting tyres ready in time.

The SMP Racing BR1s were the last to pit, one lap after the rest. This decision cost them time, dropping the #11 to fourth and the #17 to seventh.

Guido van der Garde took the advantage in LMP2, taking the lead in the Racing Team Nederland Dallara P217, sitting in fifth overall ahead of the G-Drive Racing of Jean-Eric Vergne and with the TDS Racing of Matthieu Vaxiviere in third. 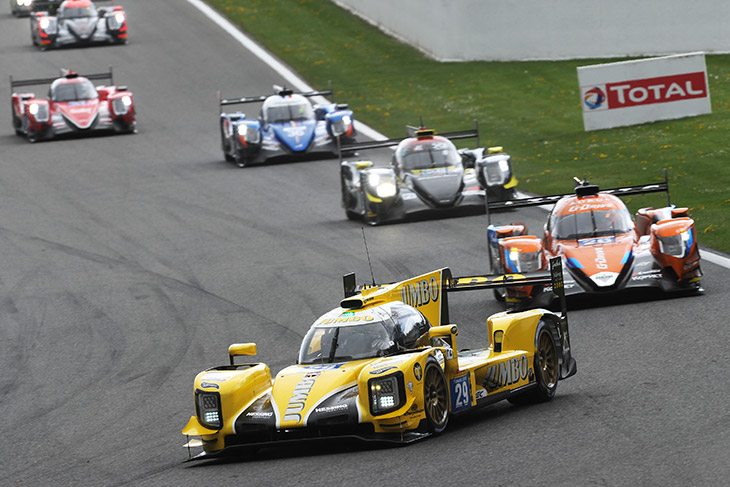 Title leader’s Alpine is struggling in the early conditions, sitting sixth in class.

In GTE Pro, the #82 BMW Team MTEK M8 GTE leads the way, Antonio Felix Da Costa fighting his way past Nicki Thiim in the #95 Aston Martin shortly before the safety car came out. The #92 Porsche, which leads the GTE Pro Drivers’ title race, is up to second, Kevin Estre following Da Costa through past Thiim. 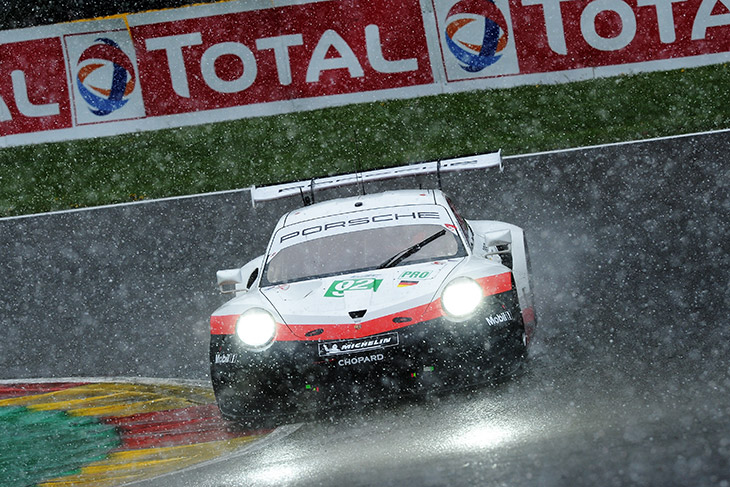 Thiim is down to third, after holding a comfortable lead after his stop. AMR was the first team to gamble sending its pair of Vantage AMRs into the pits for wets, resulting in the #95 taking the lead once the field was back in sync.

The top five is completed by the #67 Ford GT of Harry Tincknell, which started from pole and the #97 Aston Martin of Maxime Martin which started second.

In GTE Am, the #56 Project 1 Porsche leads the class, Egidio Perfetti taking the top spot off Salih Yoluc’s TF Sport Aston Martin at Les Combes before the Safety Car.

The #98 Aston Martin is up to second, and remarkably the MR Racing Ferrari, from the very back of the grid, is up to third. Clearwater is fourth ahead of the aforementioned (pole-sitting) TF Sport Aston Martin which has dropped back to fifth.

At the time of writing the snow has stopped and the sun is back out! A wild first 40 minutes of racing!

UPDATE 1: Safety Car comes in with 5 hours and 10 minutes remaining. But will more rain/snow/hail arrive later in the race?

UPDATE 2: The Safety Car is out again after a brief spell of racing, just as Hour 2 begins. This time though it’s not weather, debris being spread across the track at La Source caused by the ByKolles CLM of Tom Dillman being nerfed into the barriers by Jordan King in the #38 JCDC ORECA.

Safety car is out for the 2nd time after a big contact between the #37 @DCRacing_Team & the #4 @ByKOLLES at la source! 😖#WEC #6HSPA pic.twitter.com/9wiCRfn5L7

In LMP1, the #8 Toyota of Sebastian Buemi now leads the #7 Toyota of Conway, the Frenchman muscling past the Briton towards the end of the first hour. Best of the privateers is the #11 SMP Racing BR1 of Stoffel Vandoorne.

Racing Team Nederland still leads LMP2 with Van Der Garde at the wheel. Second is G-Drive’s ORECA driven by Jean-Eric Vergne and third is the #38 JCDC ORECA of Stephane Richelmi.

GTE Pro has seen a lot of changes since the race restarted for the first time. The #92 Porsche is now leading a Porsche 1-2, Kevin Estre is aboard ahead of Gianmaria Bruni in the sister #91 car.

The #95 Aston Martin of Nicki Thiim is now up to third after a spectacular battle with Antonio Felix Da Costa (#82 BMW) and Sam Bird (#51 AF Corse Ferrari).

Am meanwhile, is still topped by Project 1’s Porsche, with Gulf Racing’s 911 up to second from the very back thanks to a mega stint from Ben Barker in the tricky conditions. Clearwater’s Ferrari after a strong run from Luis Perez Companc.

UPDATE 3: Safety Car in again, with 4 hours and 35 minutes remaining, after a flurry of stops by the teams to change their cars back to slick tyres. Will the track dry completely and stay dry now?