The 2019 6 Hours of Spa Francorchamps will be remembered principally for the extraordinary weather that saw Race Control deploy the Safety Car on multiple occasions before finally red-flagging the race with 11 minutes remaining.

The whole race, even when sunshine broke through, saw near-freezing conditions at ground level, with periods of heavy rain, snow and hail for the field to deal with.

Despite the simply astonishing weather, the final results saw all 34 starters classified as finishers, and remarkably few major on-track incidents.

Indeed both of the most serious incidents did not occur during the worst of the weather. The #4 ByKolles CLM Gibson with Tom Dillmann aboard sideswiped by the #37 Jackie Chan DC Racing ORECA in the braking zone for La Source, the impact sending the LMP1 car along the barriers where it suffered significant front-end damage.   The second happened at almost precisely the same location and saw the #95 Aston Martin barged into the barrier by Frits van Eerd in the #29 RTN Dallara. 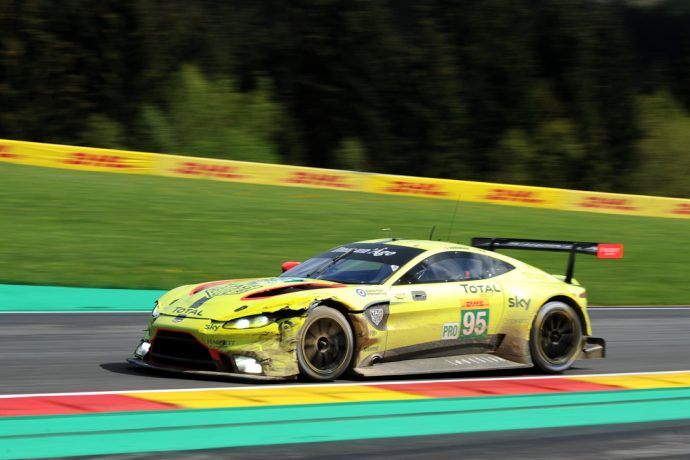 Whilst there were other off-track incidents, most notably seeing the #88 Porsche of Gianluca Roda and the #56 car of Egidio Perfetti into the gravel in separate incidents, and a solo spin at Pouhon from eventual race winner Fernando Alonso, there was nothing that saw any car in race-ending trouble.

Even the ByKolles, effectively in a live test with the newly acquired Gibson engine squeezed into the classified order. That despite lengthy repairs to the damage from the clash with Jordan King (for which the ORECA was dealt a 2-minute stop-and-hold, with the RTN Dallara receiving an identical penalty for the Aston incident). 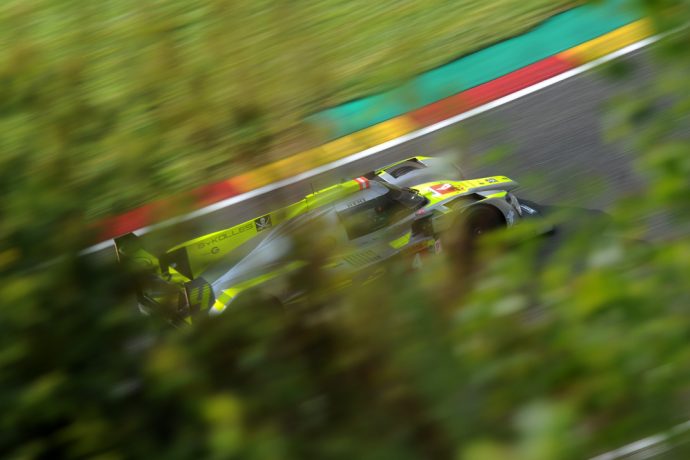 To add to the ByKolles delays came a 3-minute stop-and-hold for the #4 car for using an unmarked and registered Michelin tyre.   The #7 Toyota crew suffered a hammer blow to their title hopes after an electronic braking sensor for the Hybrid system malfunctioned costing the team 11 minutes in the garage. Mike Conway, Kamui Kobayashi and Jose Maria Lopez are still in the Drivers title hunt, just, courtesy of a fightback that saw them recover back through the LMP2 field (the Drivers Championship points are awarded across the pure finishing order across both LMP classes.)

After an utter disaster at Spa in the first race of the ‘Super Season’ last May, Matevos Isaakyan looping the #17 car at Raidillon, a year on it was a very different story, the cars fast and very reliable too. However, the one major issue to strike the team effectively cost them a chance of a fighting second place, the #11 car unable to shift above fourth for the second half of the race, taking a significant chunk out of their performance. 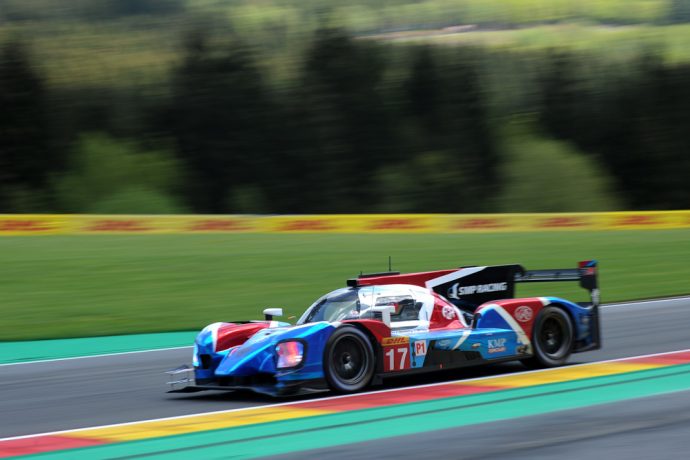 The car did lead the race though, Stoffel Vandoorne topping the order as strategy came into play amongst the Safety Car periods, the BR1 one of four leaders of the race together with both Toyotas and the #36 Signatech Alpine, a brief leading role for the LMP2 car as the team chose to take track position as others pitted under the Safety Car.

Vandoorne was the only WEC rookie at Spa – the Belgian ex-F1 star making the overall podium.

Making their racing returns to the FIA WEC after some time away were Paolo Ruberti (ByKolles) and Luis Perez Companc (Clearwater Racing).

Ruberti last appeared in the Championship in 2016, scoring three podium finishes in Larbre’s GTE-Am Corvette adding to similar results in previous seasons for both the 8Star Ferrari and Felbermayr Proton Porsche squads.

Perez Companc meanwhile is back for the first time since 2014 when he scored a single podium in a Spirit of Race GTE AM Ferrari (at Le Mans). He enjoyed three podiums, including a class win at Silverstone in 2013 during the previous season in the Pecom Racing ORECA 03 Nissan. He was due to be back at Sebring but suffered a hefty ‘off’ before the race that cost him the comeback race start there. 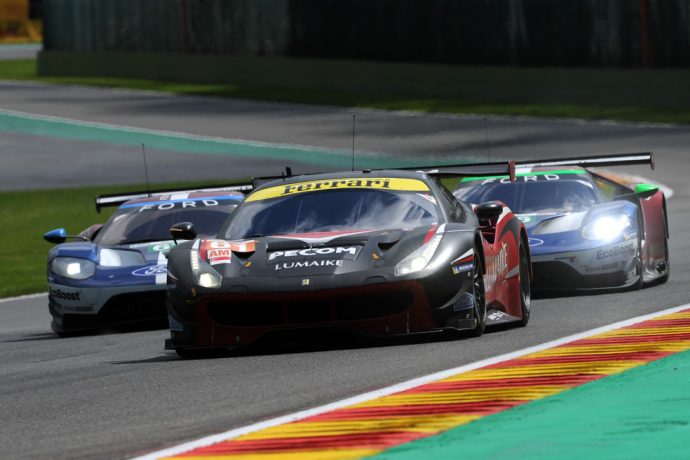 Nick Boulle and Norman Nato both made their regular WEC debuts (both also contested the 2018 Le Mans 24 Hours).

Boulle became the seventh third driver in the #50 Larbre Ligier this season alongside season regulars Erwin Creed and Romano Ricci.

DragonSpeed’s win at Spa in LMP2 marks only the third time in WEC history that the top WEC points in the LMP2 class have gone to a Michelin-shod car. It also only the second time that the Michelin-shod car has won the race (2013 Pecom Racing ORECA at Silverstone + 2014 SMP Racing ORECA at Le Mans, took top WEC points as only full season registered finisher but finished well behind several other non-WEC runners).

Signatech Alpine’s Spa second place secured the first ever WEC 1-2 for Michelin in LMP2 (G-Drive, which finished second, was a guest entry). The Alpine’s Le Mans win in 2018 was gained on Dunlop rubber, the team switching to Michelins at the end of the calendar year and now extends its podium finishing record in the WEC to a seventh consecutive podium in the seven races of the season thus far. 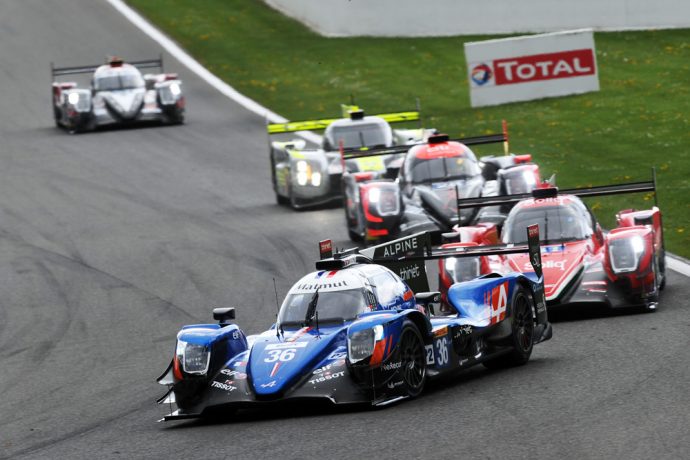 Amazingly, if the race had not been red-flagged 11 minutes early the car that was running fourth in the class would likely have won. DragonSpeed needed to put Roberto Gonzalez back in to fulfil his drive time requirements (he was 63 seconds short), both Signatech and G-Drive were running on fumes, meaning Jackie Chan DC Racing’s #38 car could well have pounced!