The provisional timetable for the two days of Scrutineering and ceremony in Le Mans’ Place de la Republique has been issued.

Sunday 9 June will see 22 of the 62 car entry make their way through the technical checks in public.

First up at 14:00 local will be Jackie Chan DC Racing’s pair of ORECA 07 LMP2 cars with a livery change set to grace one of the cars!

Also featuring on Sunday will be the four Porsche 911 RSRs from both the WEC and IMSA set to form par=t of the 17 car GTE Pro battle. The Corvettes too will appear on Sunday.

Red hot favourites Toyota Gazoo Racing and their LMP1 rivals Rebellion Racing are also part of the Sunday highlights, with plenty of interest in the star-studded driver line-ups for both teams.

Monday 10 June gets underway at 09:30 with a gaggle of LMP2 teams, ARC Bratislava and InterEuropol first up.

JMW Motorsport’s celebratory livery is likely to be a highlight at 10:20 with the ByKolles and DragonSpeed LMP1 cars soon afterwards.

Monday afternoon starts with the factory BMWs with the last of the LMP1s from SMP Racing, and the AF Corse Ferraris and Aston Martin Racing factory Vantages. 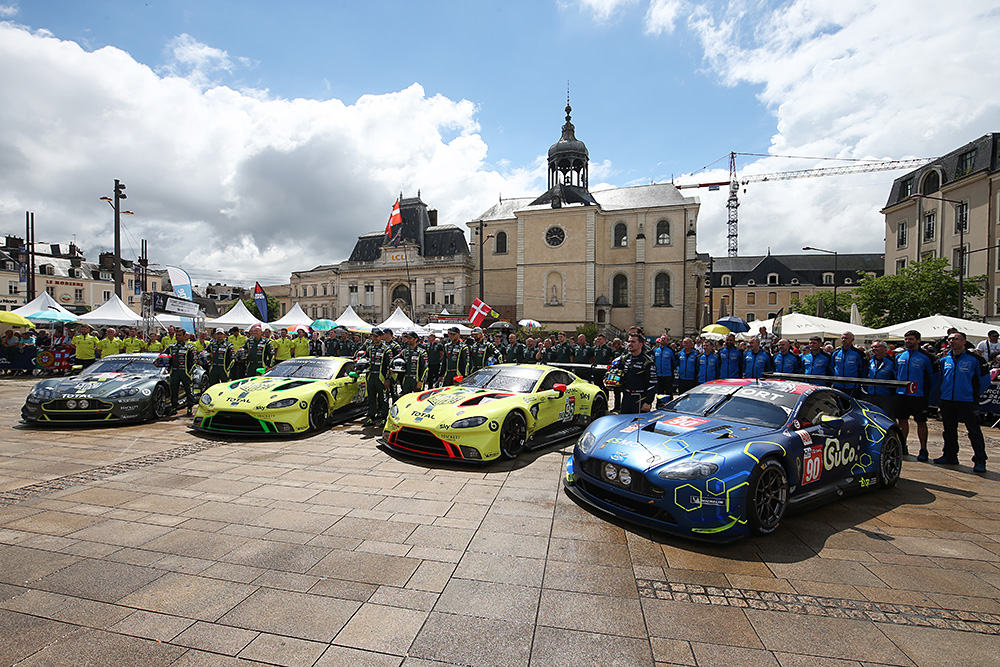 Last up are the factory (and privateer) Fords, all expected to be in heritage liveries) with the Weathertech Racing Ferrari closing proceedings – due through at 16:50 (we’ll believe that when we see it – the proceedings are notorious for over-running!