Cool Racing will start the 4 Hours of Monza from pole position tomorrow in just its second race as an LMP2 team, after a 1:34.967 from Nicolas Lapierre in Qualifying this afternoon.

“I can’t remember the last time I clocked a pole position. It’s been so long” said Lapierre. “The level that the team has reached so far is pretty amazing. I’m proud of what Cool Racing has achieved today.”

The result marked the Frenchman’s fifth ELMS pole position, a new record since the launch of the ELMS’s current format in 2013.

It’s fantastic, a fantastic reward of all the work. Nico did an amazing job. The whole team is progressing, to have a pole in our second LMP2 race is brilliant,” Alex Coigny, one of Lapierre’s teammates, said.

Lapierre set his fastest lap on his second flying lap. No one came close for the remaining minutes, with a light drizzle affecting the track conditions.

The P2 session didn’t run to its full length either, it was brought to a premature end with a red flags being waved an off for Nicolas Jamin at Ascari in the #30 Duqueine Engineering ORECA 07.

Norman Nato in the #26 G-Drive Racing Aurus 01 Gibson finished second quickest, some two tenths behind Lapierre and one-thousandth of a second ahead of Paul-Loup Chatin in the #28 Idec Sport ORECA 07 Gibson.

ORECA 07 chassis grabbed the five first spots on the grid. The best of the rest was the #45 Carlin Dallara P217, which qualified a promising sixth place with a 1:35.633, while the first Ligier JS P217 ended up 10th, that being the #22 United Autosport, a full second off the pole sitting car.

Further down in the ranks, the #34 Inter Europol Competition Ligier JSP217 finished in 18th place – an incredible performance for the Polish team after Leo Roussel’s violent shunt this morning.

Meanwhile, in LMP3, the battle for pole saw 10 changes up top! In the end, M Racing scored its first pole of the season with the Swiss Lucas Legeret at the wheel of the #19 M Racing Norma M30 (1:44.017). It is the French team’s third ELMS pole and the eighth pole position for the Norma M30. 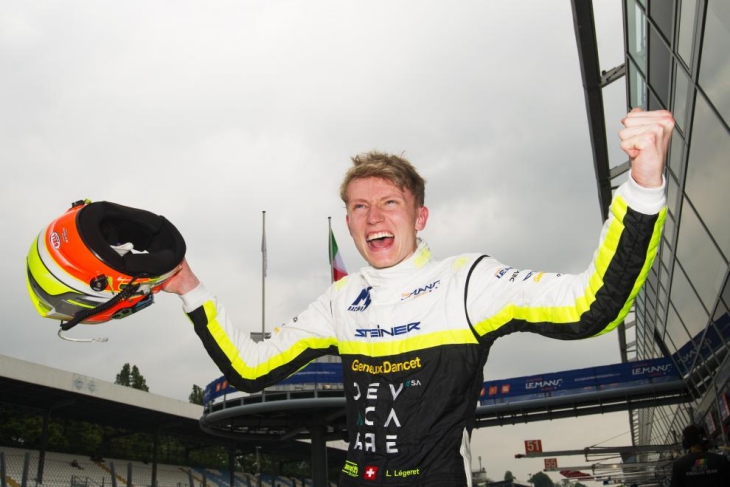 Legeret clocked its fastest lap on its sixth and final attempt. Colin Noble took the #7 Nielsen Racing Norma M30 to second position (1:44.224), one tenth ahead of Damiano Fioravanti in the #10 Oregon Team Norma M30.

Like Oreca in LMP2, Norma was dominant. M30s made up the top five spots of the grid in LMP3. The first Ligier was the #2 United Autosport driven by Wayne Boyd, a full second behind the pole-sitting car.

Matteo Cairoli took control of proceedings in the GTE session for Dempsey Proton Racing, the Italian setting a 1:46.513 to go top on his penultimate lap to go top, before improving to a 1:36.351 at the end to solidify his position. 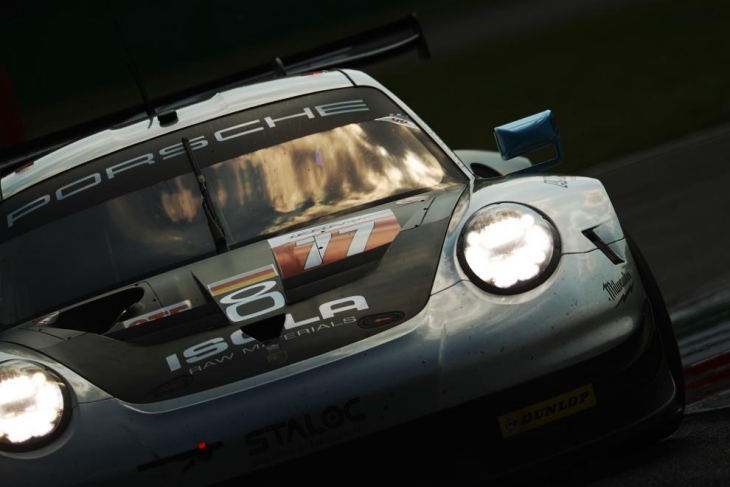 “It was a great lap from Matteo, he always pushes hard in Qualifying and that was a good time.” Proton team boss and driver Christian Reid said.

The Italian, driving the #77 Proton Porsche, managed to lap four tenths faster than Jorg Bergmeister in the Project 1 Porsche. The German improved late to a 1:46.773 but it wasn’t enough to take pole.

“I’m over the moon right now, doing that on my home track. I had a lap deleted so I was under pressure in the car. Tomorrow we will finish the job I’m sure,” Cairoli said.

Matt Griffin was fastest of the Ferrari drivers in the session, the Irishman putting the #55 Spirit of Race 488 GTE EVO third on the grid with a late flyer of 1:47.395 on his final lap.

The #60 Kessel Ferrari will start from fourth, ahead of the Ebimotors Porsche that completed the top five.