As well as extra track time on European Le Mans Series weekends, the Le Mans Cup presents Danish LMP3 up-and-comer Christian Olsen with a chance to do something many young drivers could only wish for, racing with his father.

At the season opener in France last month, Christian shared RLR Msport’s #14 Liger JS P3 with his father Tom, and will do the same this weekend at Monza, alongside his ELMS commitments with the British team.

Christian, who competed with Ecurie Ecosse/Nielsen Racing last year in his first campaign in LMP3, has spent years racing against his father in historics, but until last month, they hadn’t shared the same car with his new team, RLR.

“It’s really good fun, we obviously know each other well!” Christian told DSC. “We’ve also been very present in each other’s racing lives. It’s because of my dad that I was able to start racing. 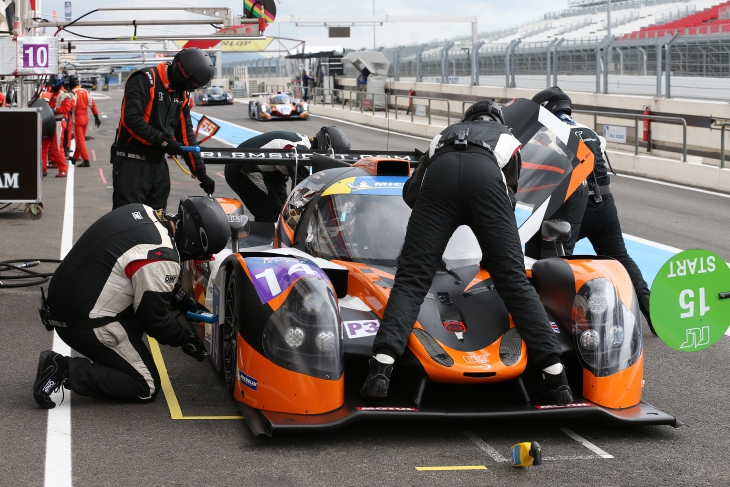 “He knows my psychology, my motivations and goals. So it all fits together and I know that my father can be a really fast driver in a car that suits him well.”

Tom, who has over a decade of racing experience, is new to LMP3, the week at Ricard his first taste of the ACO’s hugely successful formula.

“I told him before we started that I thought he would love driving an LMP3 car and that he would get up to speed quickly,” Christian explained. “As he learned to drive in sports cars (Radicals) with aero, with Alex Kapadia, who introduced me to sportscars. It all fits together and he did better than most of us expected from him in a new car and at a new track.”

Because of Tom’s experience in Radicals, and historic Formula 3, it didn’t take long for him to get used to the nuances of driving a JS P3 around Paul Ricard, a new circuit to him.

“I was actually feeling pretty comfortable in the car from the start,” Tom told DSC. “I was making I think, good progress. I would say the first day we got the morning session, because of the rain in the afternoon. Then we had one wet session which went really well and gave me a better feel for the car.

“Qualifying for me was still new, in the sense that I didn’t get to string a full lap together. But in the race I had steady times, which came down, steady progress.”

There are interesting dynamics for the Olsens at play, one in the fact that Christian has more experience than his father in an LMP3, so has therefore been tasked to, in essence, ‘lead the way’ in terms of set-up. And two, the fact that they have similar driving styles, they can feed off each other.

That though, is as much down to that fact that they’ve been coached by the same people, (like Kapadia, who raced with Christian in the ELMS last year).

“It’s obvious that Christian has experience with the car, and is younger,” said Tom. “I am, in terms of seat time, at a level where he is able to absorb more information than I am, so it’s a pretty obvious choice he sets up the car. I’ve always thought there’s more time to find in me than the car. Unless the car is way off, then we’ll work around things.

“We set up the car at Ricard a tad conservatively. But now we feel we can move forward at Monza, once I have more experience, I will find that quite nice.

“For me it’s been easy and enjoyable.”

While the duo failed to finish at Paul Ricard, in what was a wild season opener, they are both hopeful of a strong run in Italy this weekend, despite the depth in quality that the 2019 Le Mans Cup field has.

“With the amount I’m driving and the experience I have, my focus is at another level,” said Christian. “It’s in his interest for me to get the car up to speed and set up a stable platform to allow him to learn as much in the shortest time possible.

“I don’t think the competition is any lower in Le Mans Cup than in ELMS. I think people who are Bronze drivers use it as a stepping stone, so there’s more of that, but from a Silver perspective, there’s so many. You have all the young, quick guys who use it as a platform to get to ELMS.

“We followed it last year, the level is high. I don’t mind that. That’s how you learn what’s possible.”