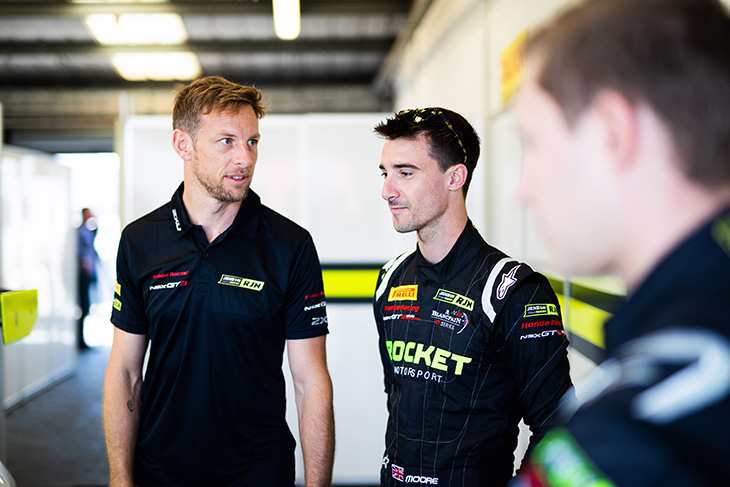 The newly formed team, (which has seen Bob Neville’s RJN crew switch to racing with Honda, following the end of its relationship with Nissan), stayed on site following the Blancpain Endurance Cup event over the weekend where their #22 Honda NSX GT3 Evo with drivers Struan Moore, Philipp Frommenwiler & Matt McMurry finished sixth in the Silver Cup class with valuable points to hold on to fifth place in the Championship after the first two rounds. 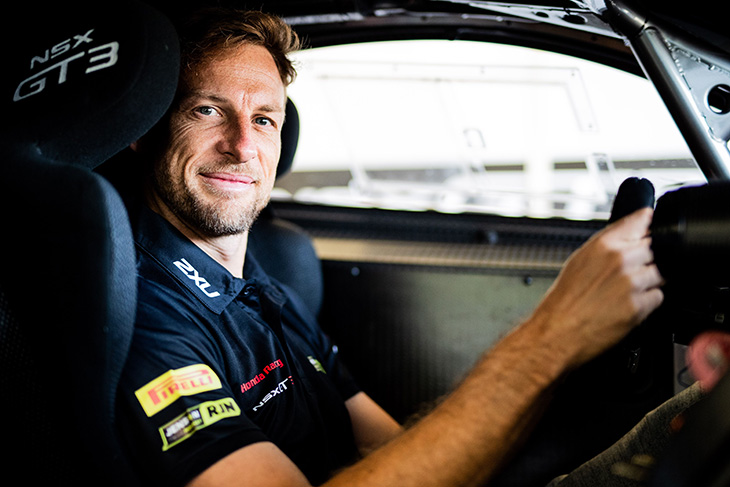 The 2009 F1 World Champion had hoped to attend one of the early rounds of the Blancpain GT Series but clashing commitments of his Super GT campaign in Japan and television work in F1 has restricted his presence so far. 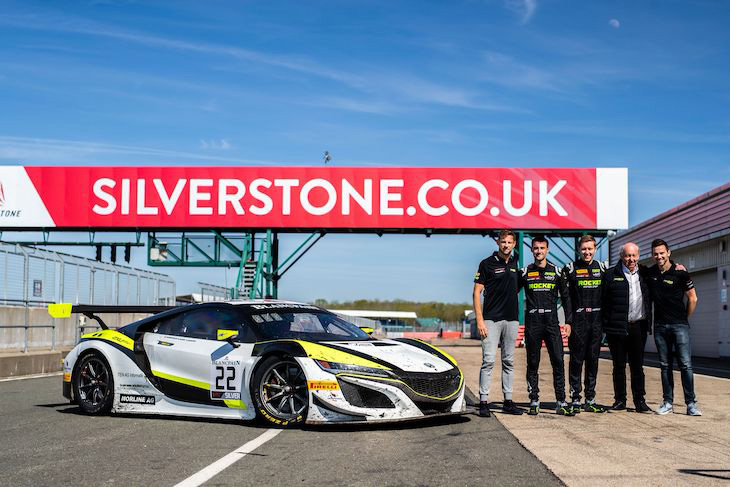 “It was great to come along and catch up with all the guys after the Silverstone race. It was a shame I couldn’t be there over the weekend but I’m obviously following closely every session when the boys are on track! 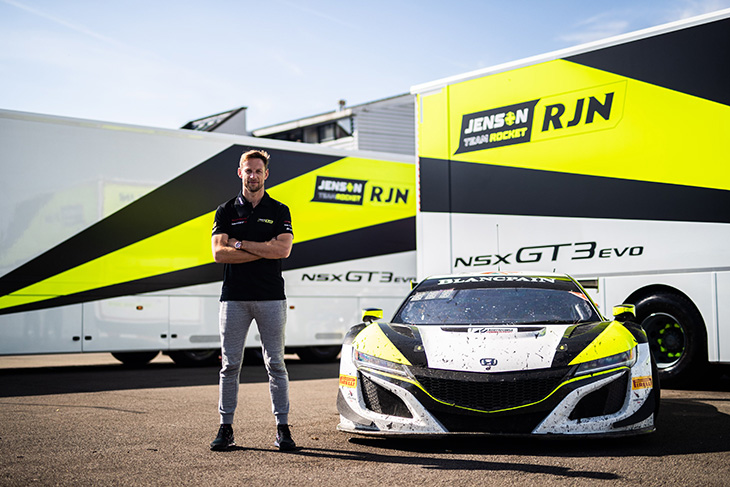 “There’s been some super close, exciting racing in Blancpain so far this year and it’s been great to see a strong start to the season for us with such a new combination of team and drivers with the Honda NSX Evo; I’m sure the first podium finish must just around the corner! 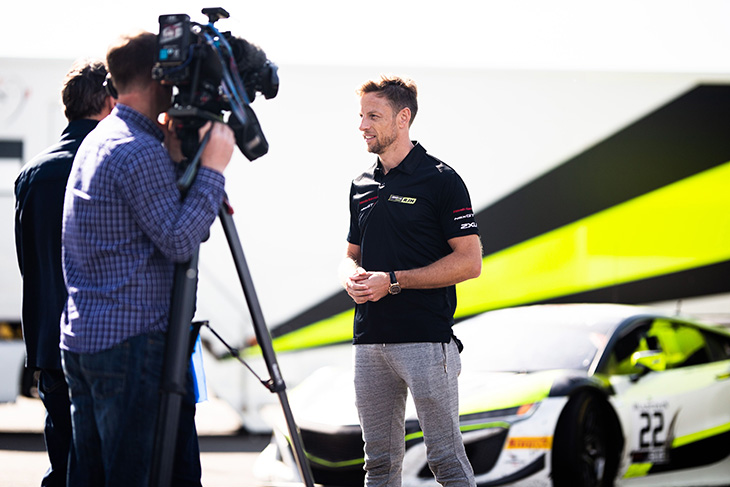 “It was nice to catch up with Struan and Philipp although a shame that our other driver, Matt McMurry had to be back in California and missed the day,” commented Jenson.

Jenson Team Rocket RJN heads to Paul Ricard next, for the final Blancpain Endurance race ahead of the Spa 24 Hours in July.