A major test at Monza over the past two days (and continuing tomorrow) has seen a variety of LMP and GTE teams in action preparing for the 24 Hours of Le Mans.

17 cars have appeared on track today, with 15 of those also in action yesterday.

Across both days the fastest time was posted by the #4 ByKolles Gibson, a 1:34.579 on Wednesday afternoon, driver unknown but with Paolo Ruberti at least one of the men on duty. 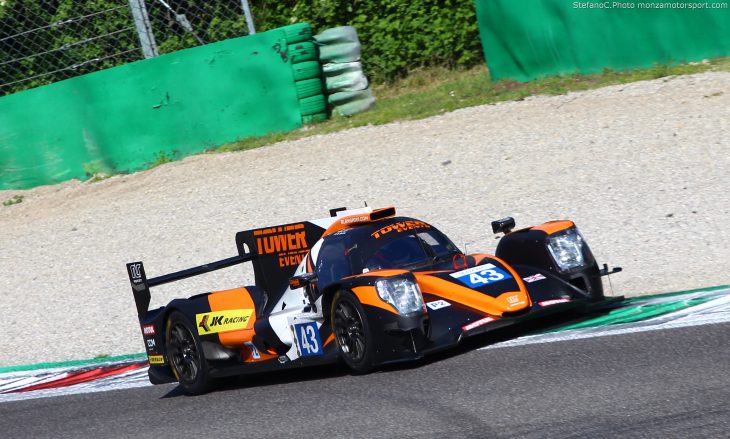 A trio of LMP2 cars are testing, RLR MSport fielding their Le Mans ORECA driving trio: John Farano, Arjun Maini and Norman Nato, plus the TDS Racing ORECA with Francois Perrodo and Matthieu Vaxiviere and the G-Drive Racing Aurus 01/ ORECA with Roman Rusinov, Jean-Eric Vergne and Job van Uitert, the fastest time for the class in the test a 1:35.550 from Vergne on Monday afternoon.

G-Drive have been fastest in three of the four sessions, Vaxiviere taking the bragging rights from Thursday morning’s session with RLR’s times also very much in the mix.

AF Corse’s GTE Pro Ferraris were testing too, alongside both factory Aston Martins and a solo BMW Team MTEK M8 GTE, the BMW clearly the car campaigned at the Rolex 24 Hours by BMW Team RLL, still bearing the drivers names and IMSA numbers and decals as well as the #82 running number for this test. Antonio Felix da Costa, Jesse Krohn and Martin Tomczyk were on driver duty with a best time across the two days of 1:46.835. 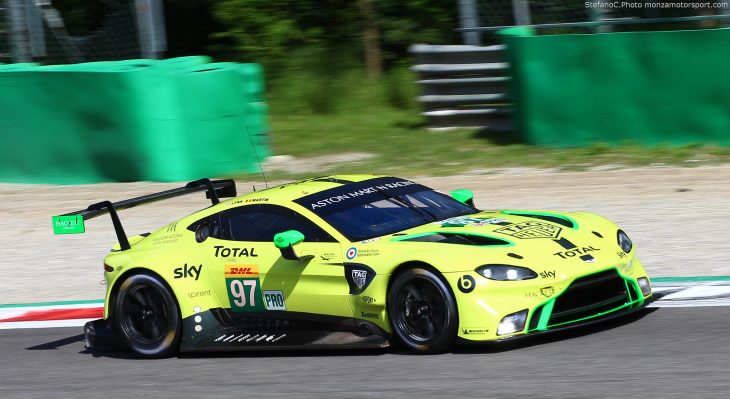 Michelotto’s #01 test car though was quicker still, driver unknown, a 1:45.708 on Wednesday morning. 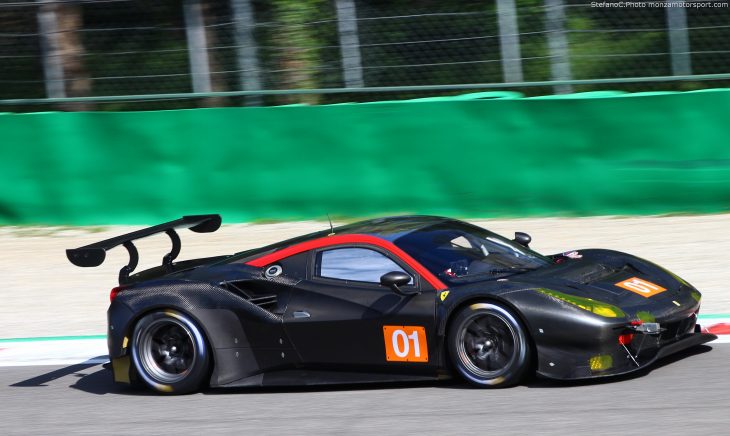 Beyond that little lot, there was a gaggle of GTE Am teams. Wednesday saw both full season ELMS Kessel cars on track together with an all-red 488 GTE for the #57 Car Guy team, the driver trio getting their first European test ahead of Le Mans. 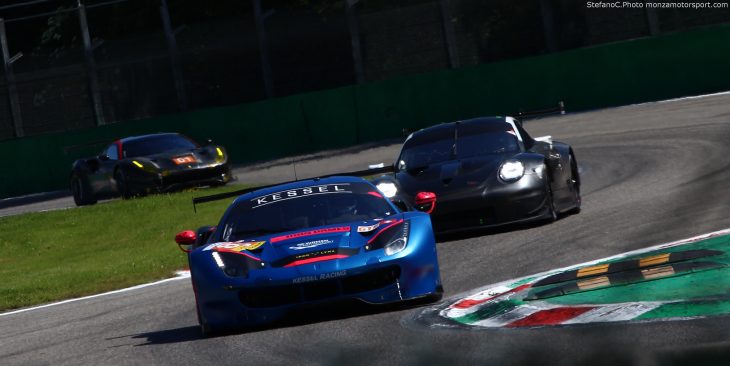 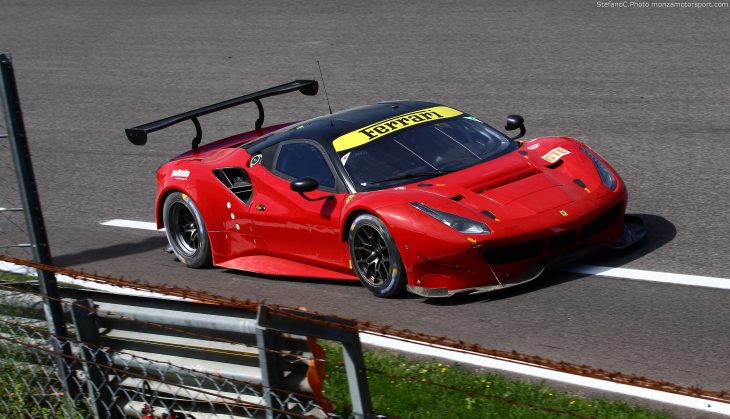 Joining them on Thursday were two AF Corse customer cars, the #54 Spirit of Race and #70 MR Racing Ferraris.

And there were a pair of Porsches for both days too – the #86 Gulf UK car with Mike Wainwright and Ben Barker, and an all-carbon #99 Proton Competition 911 RSR for Tracy Krohn and Nic Jonsson. 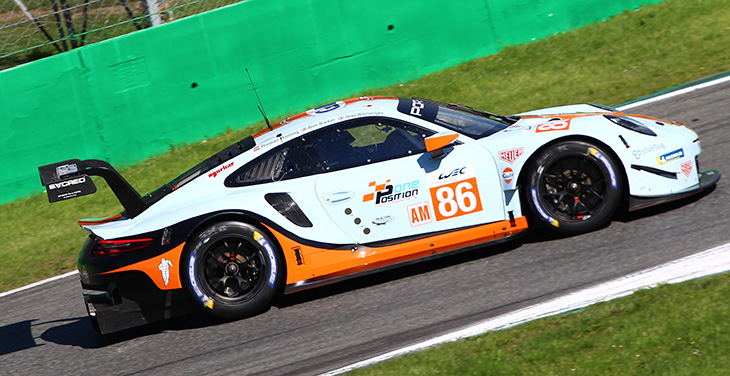 All pics courtesy of and copyright to Stefano Ciabattoni, Monzapics