Adam Christodoulou went fastest in GT3 during British GT’s second free practice session of Saturday at Snetterton. The track had dried almost fully by this point, and the #8 Team Abba Mercedes-AMG GT went round in 1:48.558.

Sixth-fastest GT3 in this session was the JRM Bentley of Parfitt and Morris, with a time of 1:49.192, while seventh was another Aston, the second TF Sport machine of Davidson/Adam on a 1:49.399. 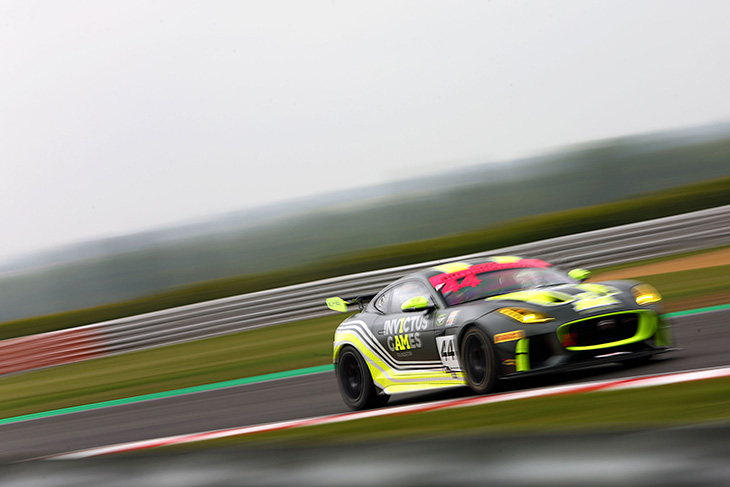 In GT4, Invictus Games Racing’s sole Jaguar (above) came to the fore this session, with Matt George clocking a 1:58.229. Second-quickest was the Malvern/Jones Team Parker Mercedes, on 1:58.445.

Fourth, fifth and sixth quickest this time around were the new-to-the-series GT Marques Porsche, the #42 Century BMW and the #97 TF Sport Aston Martin.

As in FP1, no red flags or other interruptions held up proceedings and the session finished on time without incident, with every car in the field turning laps.

Qualifying follows this afternoon, with GT3 kicking off at 3:50 pm and GT4 just after 4:15 pm.