GT3 qualifying: Gamble and Thiim on top
Tom Gamble only climbed aboard Century Motorsport’s #9 BMW M6 GT3 for the first time in Saturday morning free practice, but he was sufficiently up to speed to take pole position for the first of Sunday’s two races, setting a time of 1:49.129 in the first segment of GT3 qualifying.

Gamble’s late call-up to race alongside Jack Mitchell moved the car from the Pro-Am to the Silver Cup ranks, however, the 2018 McLaren Autosport BRDC award winner’s closest challengers in the session were, in fact, Am drivers.

Oulton Park race winner Sam de Haan was just 0.076 seconds off pole in the #69 Lamborghini Huracan, while going on times the second row of the grid would have been made up of Graham Davidson in the #47 Aston Martin and Adam Balon in the sister Barwell Lamborghini, themselves only around three tenths off pole.

However, Davidson is carrying a five-place grid penalty for overtaking under yellows at Oulton Park, and therefore Balon is promoted to third, while Davidson drops to eighth. Lining up fourth and fifth will be the two other Silver Cup entries: Glynn Geddie in the #7 Team Parker Bentley and Ollie Wilkinson in the #96 Optimum Motorsport Aston Martin.

Shaun Balfe qualified the Balfe Motorsport McLaren sixth, ahead of Dominic Paul in the second Century BMW, while Michael Igoe managed an impressive ninth overall on his GT3 qualifying debut. Rick Parfitt rounded out the top 10 in the JRM Bentley. 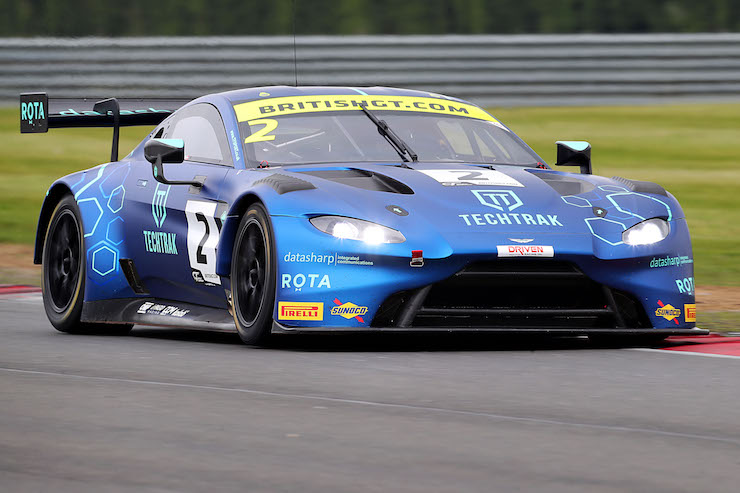 In the second segment of GT3 qualifying, to set the grid for race two on Sunday, Nicki Thiim reigned supreme in the #2 TF Sport Aston Martin. The Dane, who’d already topped the early-morning free practice session, went round in 1:47.181.

Phil Keen pushed hard in the #72 Barwell Lamborghini to overhaul his rival, but in the end had to settle for second on the grid with a time of 1:47.236. Keen’s team-mate Jonny Cocker made it two good qualifying sessions for the #69 Lamborghini, meanwhile, setting the third-fastest time of the Pro session with a 1:47.326.

Seb Morris rounded out the second row in the #31 JRM Bentley (1:47.658), while the third row for race two on Sunday will be comprised of Adam Christodoulou and Rob Bell in the Team Abba Mercedes and Balfe McLaren, their times a 1:47.700 and 1:47.788 respectively.

Row four will be an all-Aston affair, with seventh-place qualifier Johnny Adam in the #47 TF Sport Vantage edging out Marco Sorensen in the #99 Beechdean machine in eighth. 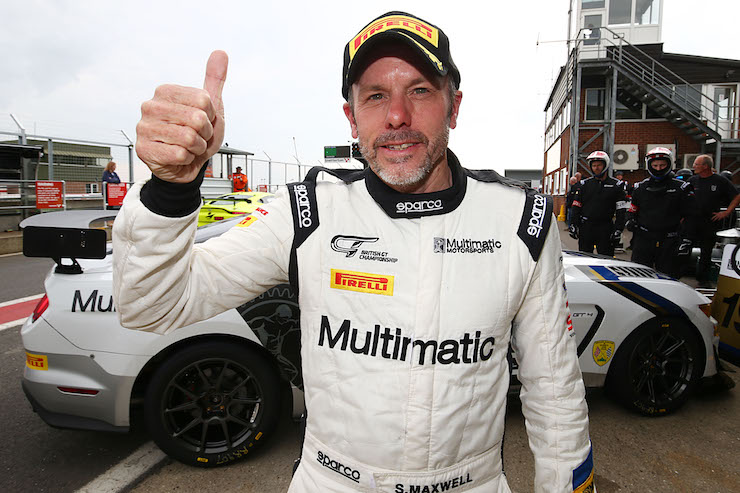 GT4 qualifying: Maxwell and Malvern share spoils
The first portion of GT4 qualifying was typically close, with the top 13 cars covered by less than a second. Scott Maxwell repeated his Oulton Park performance to snatch pole for race one, but the margin was much closer than round one.

Second-place qualifier Richard Williams in the series-debuting Steller Performance Audi R8 was just 0.050 seconds off the pace, as well as the quickest car in the Pro-Am sub-class. 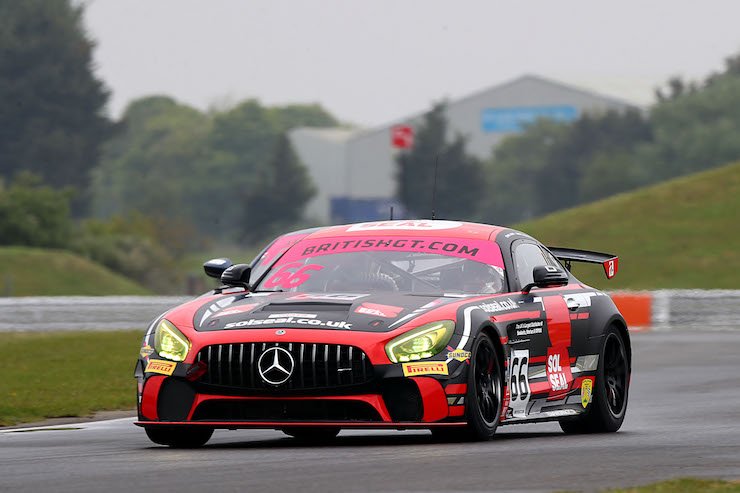 For race two, Scott Malvern put the #66 Mercedes on pole, his 1:56.589 outdoing second-place qualifier Tom Canning in the #97 TF Sport Aston by 0.108 of a second. The second GT4 session was very nearly as close as the first, with 12 drivers covered by less than nine-tenths this time around.

Row two sees Dean MacDonald in the #57 HHC Motorsport McLaren line up alongside Jordan Collard in another McLaren, the #5 Tolman entry. Behind them is series newcomer Dino Zamparelli in the GT Marques Porsche Cayman, followed by Michael O’Brien in the #20 Balfe McLaren.