A currently wet and somewhat foggy Spa Francorchamps is playing host to sportscar testing for the next couple of days.

In the prototype ranks, the Toyota Gazoo Racing TS050s are both present together with the Ginetta AER LMP1, further testing for the car on deadline day for entries for the 2019/20 FIA WEC season.

Also on site is Michelotto with its test 488 GTE and Proton Competition, bringing a pair of Porsche 911 RSRs, one the unused #88 ELMS car from Monza, the other the brand spanking new car, owned by HubAuto’s Morris Chen.

The latter is being shaken down for the team’s #78 effort together with APM Monaco, and an all-Monegasque driver line-up, Vincent Abril and the father and son combo of Louis and Philippe Prette (Prette Jr and Abril seen below with Christian Ried). 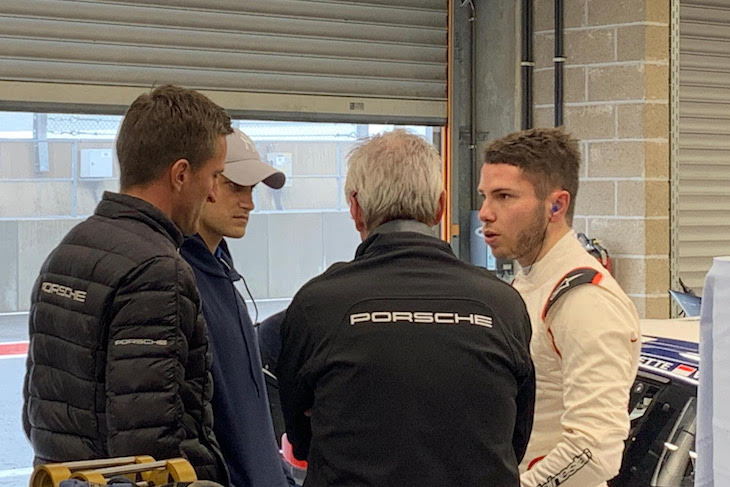 All three drivers are on hand this morning, with coaching assistance from fellow Monaco man Stephane Ortelli, the car in a handsome dark blue colour scheme. 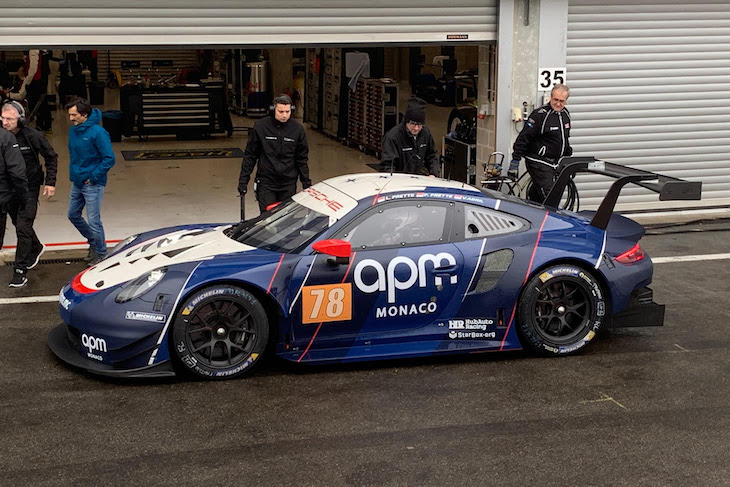 The squad looks set to follow up the Le Mans run with a one-off outing in the FIA WEC at Shanghai.