After a solid year in 2017/18 that saw the arrival of full live streaming of all races and qualifying sessions, the Asian Le Mans Series has released much-improved figures for the 2018/19 season saw a bolstered broadcast programme with almost 1,100 hours of coverage broadcast throughout the four race season.

With a fully produced live stream available for free and in full around the world, featuring the DSC Editor on the commentary team, seen below with TV Host and pitlane reporter Nadia Nash, the Asian Le Mans Series has added thousands of regular fans with the Series’ TV package alone achieving a potential reach of close to half a billion viewers around the globe. 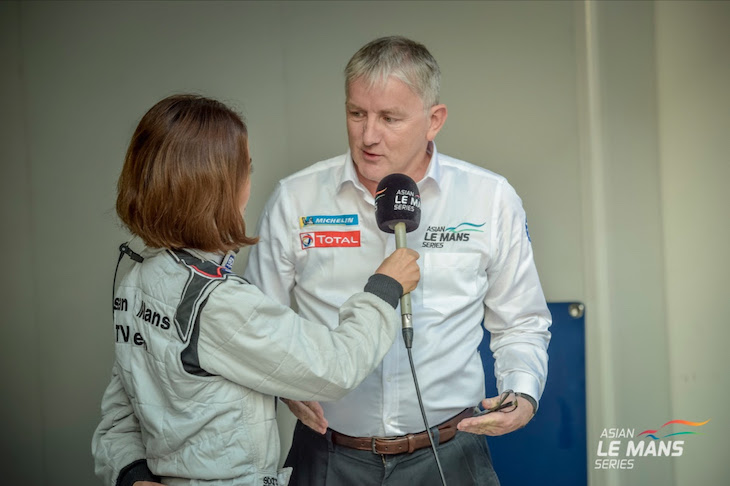 The 2018/19 Asian Le Mans Series achieved a live stream audience of 4.33 million viewers around the world. In addition to the global reach of the stream, 1.48 million people watched over 600 hours of Series highlights that were broadcast across 104 countries on 57 channels equating to, on average, 1.45 million viewers for each of the four races of the 2018/19 season.

The Series saw the delivery of a more engaging social media presence for the past season too. Through increased social media video and other new content, the Series saw significant growth in reach on social media platforms. The result was each event hashtag (ie #4HSepang) achieving, on average, 8.5 million impressions and reaching 1.1 million users on Twitter alone. 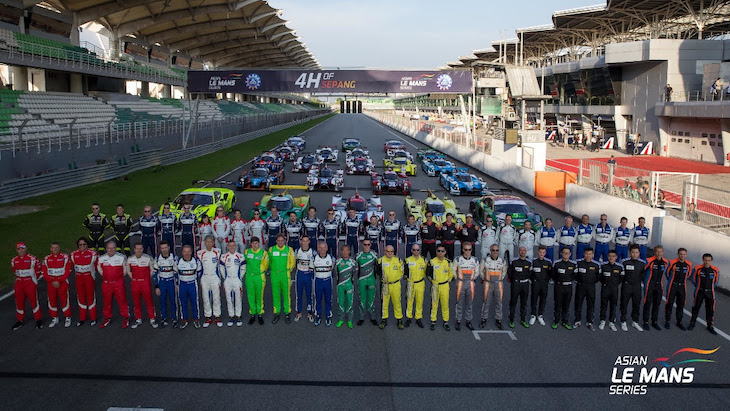 The success of the Series started with the growth in the number of entries, up close to 50% on the previous season thanks in part from the growing interest from globally successful teams. Reflecting the global interest in the Series, the 2018/19 season saw teams from 13 different countries and drivers of 26 different nationalities take part.

“It is very rewarding to achieve such strong results for our teams, drivers and partners. We remain strongly committed to growing the Asian Le Mans Series. The results we have achieved has reinforced the Series’ position as the premier endurance racing series in Asia.

“Through the hard work and dedication of the whole Asian Le Mans Series team, including our TV production team, we have been able to deliver what we hope is a very attractive product. The Series has a growing gird, a booming supporter base, a significant broadcast programme including a growing Chinese audience, and over 1,000 hours of record-breaking coverage broadcast globally.

“Now we turn our attention to the 2019/20 season that will see more excitement for the Series with the introduction of racing in the dark in Sepang, and of course the Series first visit to Australia in January!”

Applications for entry to the 2019/20 Asian Le Mans Series are now open.