With thanks to Stefano Ciabattoni we can bring you the first undisguised images of what is believed to be the test car for the next generation of Porsche 911 RSR GTE/ GTLM car.

Testing alongside both a fully liveried, and bare carbon car to current specification at Monza (all pics feature the revised spec car above comparative images of the current 911 RSR, the new car features a myriad of detail differences including a revised rear diffuser, new side skirts incorporating side exiting exhausts, larger air intakes on the side of the car and revised from bodywork. 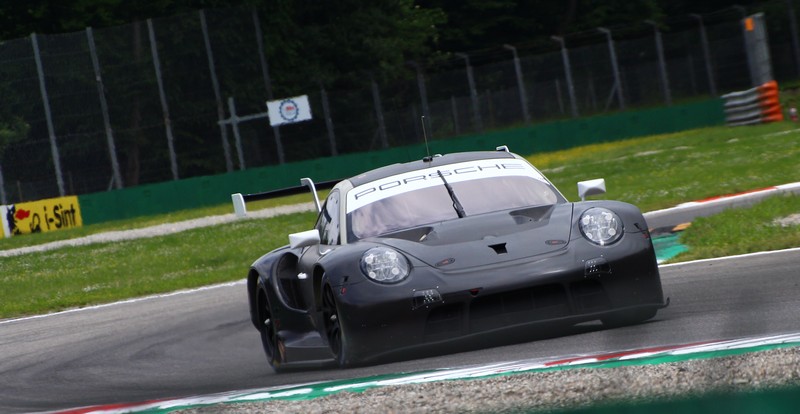 All pics copyright and courtesy of Stefano Ciabattoni