UPDATE: The 24H Series bid to hold the fifth race at Mount Panorama has been rejected. Speedcafe has reported (just after this piece was written) that the three shortlisted candidates are the Australian Racing Group & CAMS, Mountain Motor Sports and Supercars.

Over the past decade, the Bathurst 12 Hour has become a crown jewel in the sportscar calendar. The Australian endurance race, which is now the opening round to SRO’s rapidly-growing Intercontinental GT Challenge, is easily the biggest sportscar race in the country now, with a great TV package, tons of fans trackside and an entry list each year that oozes quality.

But before the 12 Hour rose to its current status, there was a 24-hour race at the fabled Mount Panorama circuit, and it may well return soon, as first revealed by Speed Cafe.

With one additional race weekend slot at the circuit up for grabs, multiple bidders have come to the fore to organise the ‘fifth race’, one of which is Creventic, Ivo Breukers looking to take the 24H Series ‘down under’.

In light of that news DSC spoke to Breukers to get more insight into the likelihood of his bid being successful.

Let’s start at the beginning here Ivo. Tell me where you learned about the chance to bid for the ‘fifth event’ and how long you’ve been working on making it happen?

“In September of 2017 we reached out to the Bathurst Council, Bob Roach, with help from a government organisation in Dubai, and the Governor of Australia. It came back that only four events were allowed on the Bathurst track each year according to regulations. 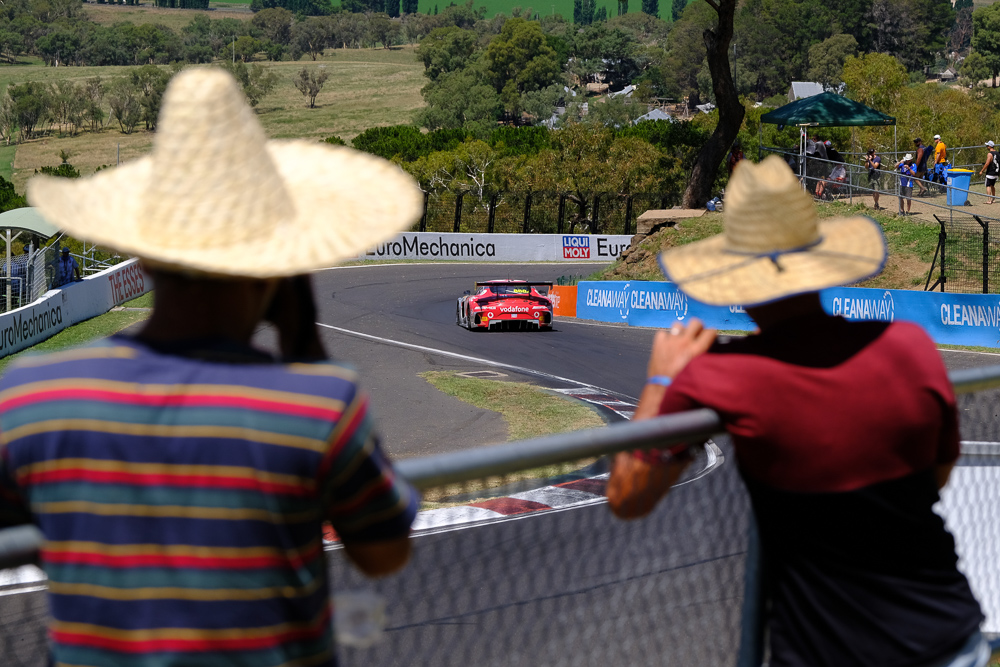 “But a few months ago we heard that there was a possible fifth event being planned. The Government organisation wanted to give everyone a fair chance so we went for a bid.”

And you are one of five parties bidding for the event?

“All the parties are now known, us together with the TCR bid, as well as something historical have the biggest chance to win the bid. You shouldn’t compete with existing events.

“With our event, there’s the 12 Hour, but although it’s the same category of event, we aren’t really competing. We have touring cars as well.”

How much enthusiasm is there from the Bathurst Council for a 24-hour race to return? Is it possible to run a full 24-hour race without breaks?

“For sure we have heard that directly there is no direct regulation that forbids a full 24-hour race there. But, because it’s a residential area, it could be an obstacle. 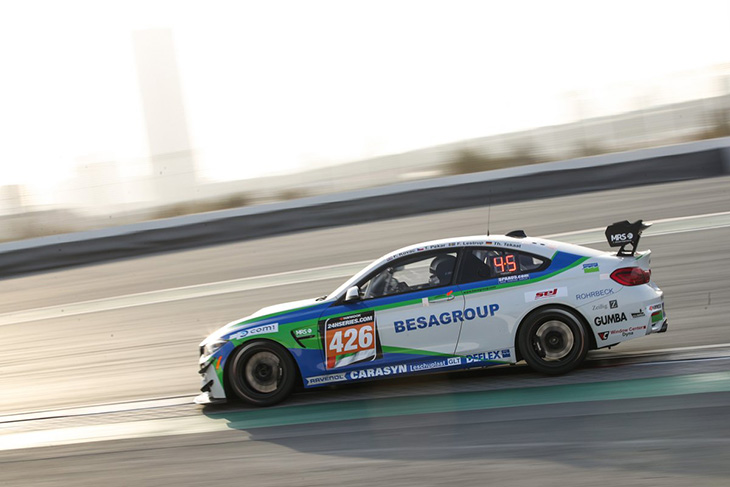 “In our bid we’ve put in all sorts of details and time schedules. We also offered as a second option to have a Code Red between midnight and 6am, but we emphasise that we prefer to have a real 24 hours like it used to be.”

What time of year would you be looking to hold the event? Have you got that far into the planning process?

“Yeah. We are flexible. It should be before or after the Dubai 24 Hours in January, and what I mean is that is that it should be November or December, or February or March. Of course, we have the CoTA race in November, so it could be difficult.

“But we are flexible and think that the Bathurst 24 Hours would be a very important race for us, we would be willing to see what to do with the CoTA date, and build it around it.

“It’s very important to have Mount Panorama, so we wish to adapt to the wishes of the Council.”

And is this a bid for a long-term deal? Or is it for a one-off event?

“If I remember well there was something in the paperwork about it. We would like to be in this long term, we assume that the interest globally will be enormous to have a 24-hour race there. A lot of teams want to race there. So we’d like to establish a long-term relationship with the Council and build it into a high-level event with a lot of fans.”

Tell me more about the levels of interest for this. Would the interest stem from your core customer base in the 24H Series, or would you depend on local entries?

“It will be a combination. A lot of our core customers would be interested but it would need to fit in their schedules. I think we can’t do it without local teams though. We will be speaking to MARC Cars, about them having their own class. 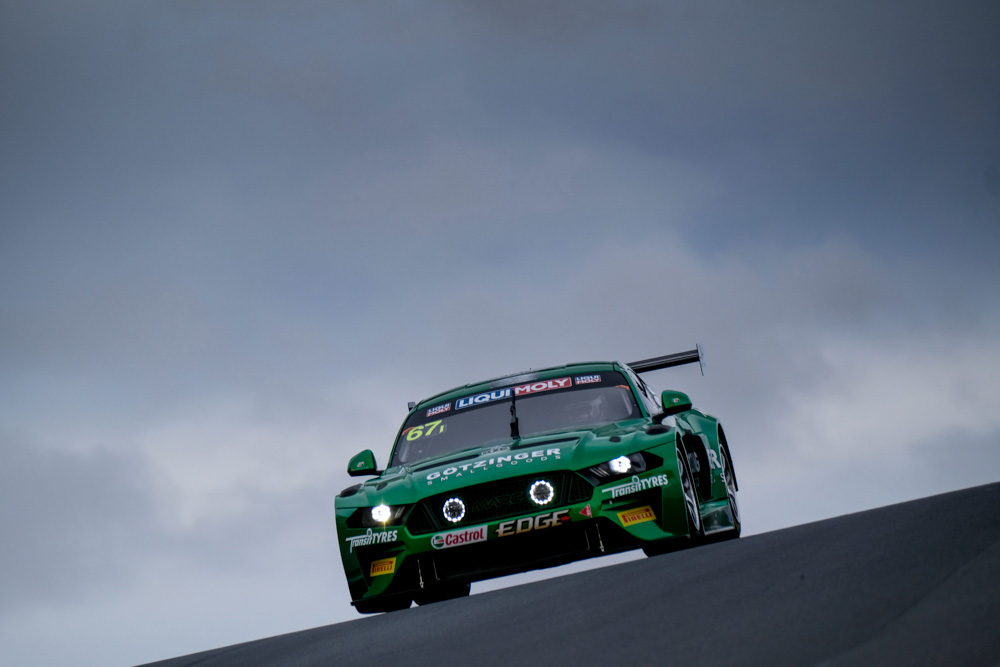 “We believe a lot of local drivers will want to participate too. We can do logistics for all the teams worldwide, we do it at Dubai. We can provide a service from teams anywhere.”

Have you specifically spoken to teams from the 24H Series about this, and floated the idea out there?

“Yes, but it’s been low profile. I have some names in mind who will be thrilled if this should happen. Of course, Bathurst is iconic, and many teams want to go there, as it’s a small Nurburgring. I think a lot of teams would take the opportunity to go there.”

So when will you find out if you have been successful in this bid?

“We are in touch and have said we are available if they want any more information. We don’t expect anything more before August. We expect they will pick a top three and invite them over to speak more about it.”

And would the first race be as soon as next year or would it be for 2021?

“It depends on what we choose. We can act quickly. If it’s in the autumn of 2020 and we know about it in August, there’s no reason not to do it. The only reason it might not happen is if Bathurst is not ready for it.

We can act quickly. If it’s in the autumn of 2020 and we know about it in August, there’s no reason not to do it

“Personally I think TCR will win the bid. They have a bid together with CAMS, there’s a lot of politics involved. But you never know. We are the only bidder delivering an international event.”

As a compromise is there anything stopping you making it a joint event with TCR Australia? Could they run races as part of the bill or even as a class in the 24 hours?

“Of course. We are always open to cooperation.

“We are already in touch with TCR Australia and are open for any form of cooperation. We need more contacts over there to help us out. It would be wise to do that.”