With the 2019 Le Mans 24 Hours looming the ACO has taken the wraps off a potential new look to the much-criticised Equivalence of Technology (EoT) for next season’s FIA World Endurance Championship.

Equivalence of Technology was implemented this season in an attempt to adjust LMP1 performance levels between hybrid and non-hybrid prototypes and between different engine types. The system though has seen various criticisms levelled against it, with performance levels between the dominant Toyota Hybrids, and the non-hybrid powered privateer cars leaving several races with very large winning margins in favour of the Hybrids.

It’s a position not helped by an in-built advantage for the Toyotas for much of the season in terms of pitstop fuelling time (the Toyotas require a much lighter fuel load to cover the same distance as their rivals).

A Q&A with technical director Thierry Bouvet, released by the ACO yesterday evening though seeks to unpick the issues, and suggests that a change is afoot to introduce success ballast into the class for the coming season as an attempt to re-introduce closer competition into the LMP1 class, and to encourage new blood to take the step up in an era where the support of privateer teams looks set to be essential.

Could it also serve as an early groundwork for the need for a true Balance of Performance (BoP) system though, already acknowledged as being required for the proposed ‘Hypercar’ regulations, still due for the 2020/21 season?

Thierry Bouvet, first, can you remind what the difference is between EoT and BoP?

“Balance of Performance applies to the LMGTE class and is intended to encourage parity between sports cars with different technical features (front vs rear engine for example). To ensure competition is as fair as possible, race organisers seek convergence in terms of aerodynamics first and then consider weight, output and fuel tank capacity.”

“Equivalence of Technology has been introduced now that hybrid and non-hybrid cars are in direct competition in LMP1, to make the top class attractive and ensure a level playing field. We were faced with a new situation for the 2018-19 season with Toyota the only manufacturer entering a hybrid prototype (LMP1-H) against private teams using non-hybrid technology (LMP1-NH).

“EoT is designed to ensure that the privateers who came in with new, non-hybrid cars in 2018 can rival with the Toyota TS050 Hybrid that the manufacturer has been developing since 2012.”

What principles is EoT based on?

“We devised an EoT in 2014, with the FIA, to create parity between petrol and diesel cars. The adjustments were based on fuel allocation (flow rate and allowance per lap) which influences performance and range. A flowmeter and sensors are vital in measuring this.

“Today, given that the technical regulations are different for LMP1-H and LMP1-NH entries, particularly concerning aerodynamics and weight and that there are even differences according to engine types in LMP1-NH, we have again opted for an EoT. 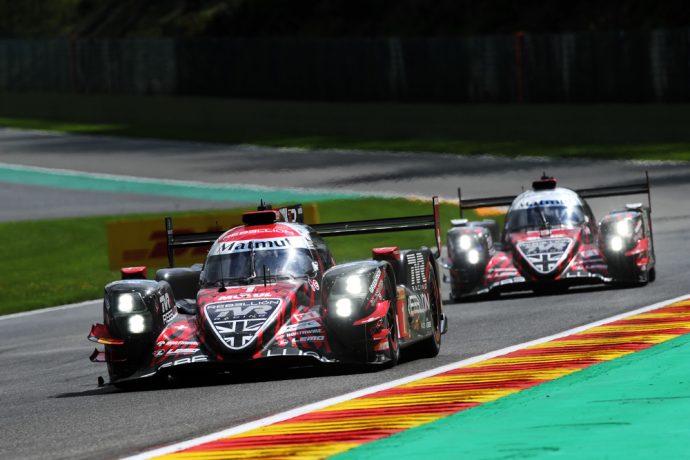 “Moreover, there is one EoT for the WEC circuits and another for the 24 Hours of Le Mans due to it being a different type of circuit which means that the hybrid system deployment ratio per kilometre is lower at Le Mans. Once you grasp how complex the situation is, you understand why the rules can’t be simple.”

After running with it for a year, with a few tweaks along the way, how has EoT worked out?

“Equivalence between naturally aspirated and turbocharged engines has been achieved in all races. Between hybrid and non-hybrid cars, we have approached our goal but have come up against the maximum physical limits of non-hybrid cars. Engine power couldn’t be increased any more, nor car mass reduced. As EoT is less favourable to the hybrids at Le Mans than elsewhere, for the reasons explained earlier, we are quite confident that the non-hybrids will be very close for this Super Finale.”

“No, of course not. We would have liked closer races between the hybrid and non-hybrid cars. We are already working on a slightly different system for next season which could also take race results into consideration.”

What difficulties have you encountered?

“We have had to deal with a variety of issues:

“Toyota’s thorough knowledge of its hybrid car compared with the relative inexperience of the teams fielding non-hybrids.

“The fact that four-wheel drive cars will always be more efficient in wet weather conditions.

“A bumpy circuit like Sebring favoured Toyota due to its more complex suspension systems.”

Can you tell us what you have in store?

“We are continuing to work and have suggested a “success ballast” system that seems to be a good solution.”

Coming back to the EoT for this year’s 24 Hours of Le Mans. How will it pan out on the track?

“We have published the EoT for Le Mans Test Day and have left the physical parameters for the non-hybrids (engine power and vehicle mass) at their potential maximum. The Toyota will also be 10 kg heavier than last year for Le Mans. We shall analyse fuel consumption data on Test Day to calibrate the different amounts of fuel for the race. The cars will be very close in terms of lap times.”

What can you tell us about BoP in LMGTE?

“In LMGTE, as all cars use the same technology, there is no EoT. However, as these cars are based on quite different street-legal models, a Balance of Performance is necessary. There are also two BoP systems: one for WEC circuits and another for Le Mans. For the WEC circuits, we have an automatic system that was honed with the car manufacturers. 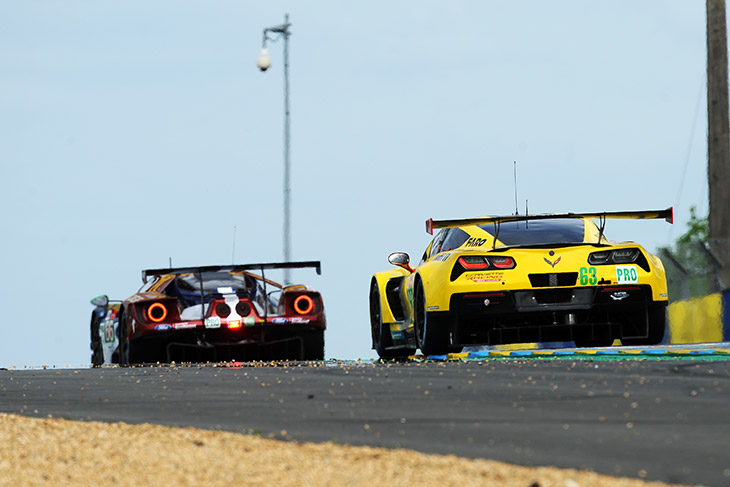 “This system adapts the BoP (weight and power) according to racing performance, with preference given to power if the car lacks acceleration. Everyone knows and gets on with the system, and the upshot is that LMGTE produces very exciting races as all the cars are very close. As for the Le Mans BoP, the fact that the race is only run once a year rules out an automatic system.”

“Our technical people at ACO and FIA conduct a thorough study to come up with a result based on:

“An analysis of the previous year’s race.

“Test Day, we look at the manufacturers’ behaviour between Test Day and the actual race the year before.

“An analysis of the improvement in performance for new cars since Le Mans the previous year.

“We had a very tight race last year and it will be the same this time. Finally, as the pit lane regulations have changed, we shall no longer have the sort of gap that formed at the beginning of the race last year. It promises to be a fantastic battle.”