Tairoku Racing were the class of the field in Friday qualifying for the Fuji Super TEC 24 Hours, as Tairoku Yamaguchi and Harrison Newey swept both rounds of qualifying to put themselves and co-drivers Satoshi Motoyama, Nicolas Costa, and Shinichi Takagi on pole position in their #300 Team Tairoku Nissan GT-R NISMO GT3.

And they did so in record fashion, starting with the first round of qualifying for the Gentleman drivers. The previous course record for the ST-X (FIA GT3) class on control tyres was set in 2014 at a 1’40.354 – but Yamaguchi in the 2018-spec Tairoku GT-R broke the 100 second barrier and updated the course record at a 1’39.538, besting Teruhiko Hamano in the #1 GTNET GT-R GT3 by six tenths of a second, with Smart Tse Ka Hing in the #83 X Works Audi R8 LMS GT3 and Joe Shindo in the #9 MP Racing GT-R GT3 several seconds adrift in third and fourth.

That set up the second round of Qualifying for the professional drivers: Defending race winner Kazuki Hoshino in the GTNET GT-R, gymkhana legend Yusaku Shibata in the MP Racing GT-R, and rookies Shinya Sean Michimi in the X Works R8, and Harrison Newey in the Tairoku GT-R.

The young Brit Newey continued his excellent form in Super Taikyu qualifying from Suzuka and Sugo, and with a blistering lap of 1’38.321 in the second round, he once again updated the ST-X course record – with a time that was only 2.5 seconds off the GT300 pole-winning time in the Super GT Fuji 500km just a few weeks ago, on control Pirelli tyres.

Newey was 1.2 seconds quicker than Hoshino in 2nd, and the aggregate time of Yamaguchi and Newey was quick enough to secure pole position for the Fuji 24 Hours by 1.854 seconds. 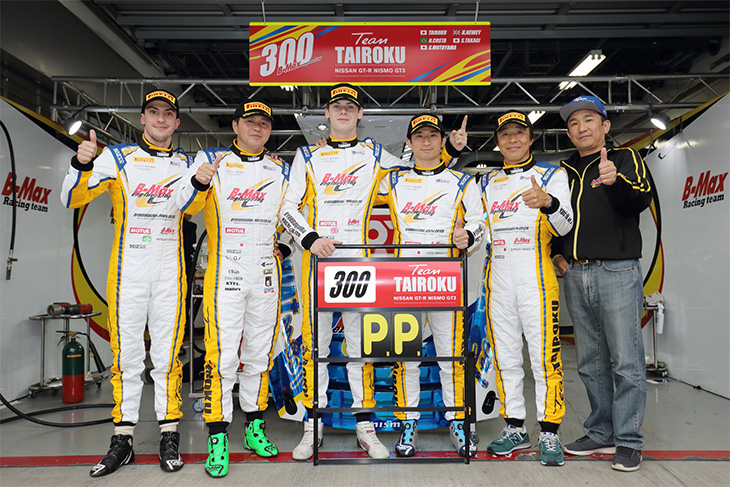 And with a lineup headlined by three-time GT500 Champion and four-time Super Formula Champion Satoshi Motoyama (who won the 1999 Fuji 1000km and took three victories in the Fuji 500km), his Super Formula rookie protegé Newey (a past Asian Le Mans Series premier class champion), and 2002 GT300 Champion Shinichi Takagi (a record nine-time GT300 race winner at Fuji), plus Brazilian hot shoe Nicolas Costa – Tairoku Yamaguchi and his team seem to have the best crew on paper to hoist the winner’s trophy after 24 hours of racing starting tomorrow afternoon.

To win, they’ll have to go through the GTNET Motor Sports crew of Hamano, Hoshino, Kiyoto Fujinami, and Kazuki Hiramine, who still qualified on the front row with the same 2015-spec GT-R that won last year’s Fuji 24 Hours, looking to give the last-gen GT-R GT3 at least one more major victory at the end of its lifecycle. 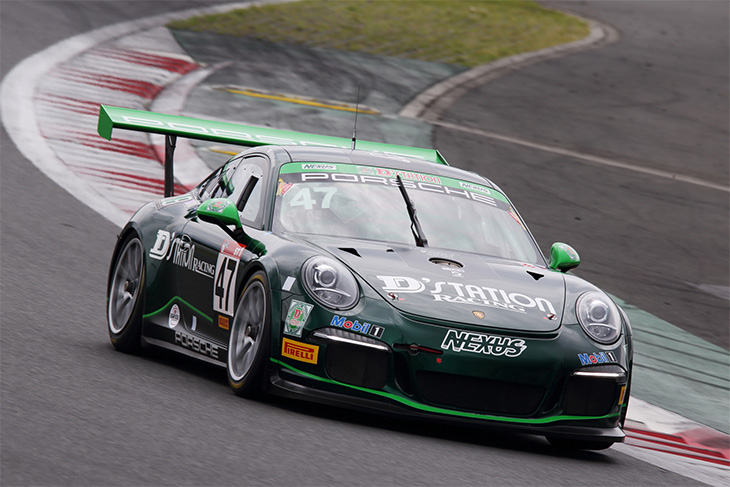 Fifth on the grid is the sole ST-1 class entry, the #47 D’station Racing Porsche 911 GT3 Cup (Tatsuya Hoshino/Manabu Orido/Tsubasa Kondo/Kenji Kobayashi/Kenji Hama). With D’station Racing’s ST-X class Vantage GT3 absent due in large part to Satoshi Hoshino and Darren Turner both being at Le Mans, the D’station Porsche Cup car will hope to finish in the overall top 5 and, potentially on the overall podium.

Sixth and seventh are the leading cars in the ST-Z (FIA GT4) category, and for the second time this season, it’s the #2 KTM Cars Japan X-Bow GT4 on pole position, ahead of the #3 Endless Sports Mercedes-AMG GT4. 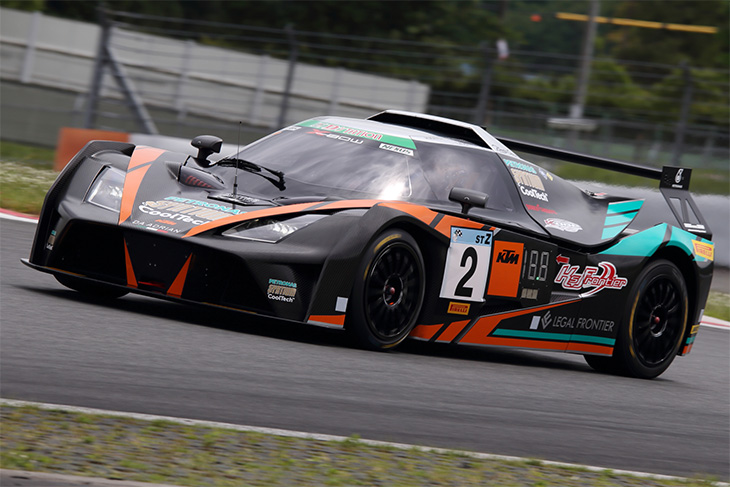 A brilliant second-round qualifying lap from Takashi Kobayashi, joining the KTM Cars Japan team this weekend, secured pole position for he and co-drivers Taiyou Iida, Hiroki Katoh, Hiroshi Hamaguchi, and Kazuho Takahashi. They’ll look to end the win streak of the Endless AMG of Yuudai Uchida, Hideki Yamauchi, Tsubasa Takahashi, and Shinnosuke Yamada, starting right behind them on the grid.

It’s a long way back to the third-placed ST-Z car in qualifying, the #51 Diamango Porsche Cayman GT4 (Masamitsu Ishihara/Yuya Sakamoto/Daisuke Ikeda/Atsushi Yogo/Kohei Fukuda). Ishihara was expected to struggle in his first-round qualifying attempt, and while Sakamoto put in a competitive time in round two, the aggregate time was still over 8 seconds adrift of the Endless AMG’s. 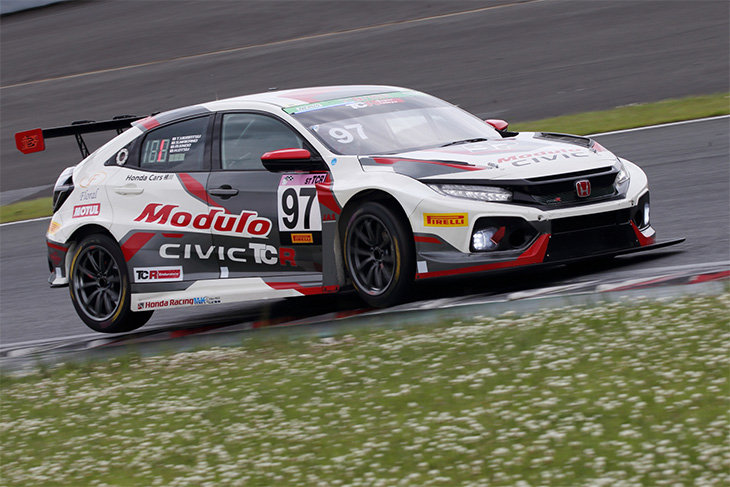 The #501 KCMG Annika Civic TCR (Paul Ip/Josh Burdon/Matthew Howson/Attila Tassi/Jim Ka To) and their international superstar lineup will line up ninth on the grid, next to the best of the Audis, the #22 Waimarama Kizuna RS3 LMS (Kazunori Robert Hori/Katsumasa Chiyo/Hironobu Yasuda/Lee Jun Woo/Kizuna/Naoya Yamano), starting in tenth overall. 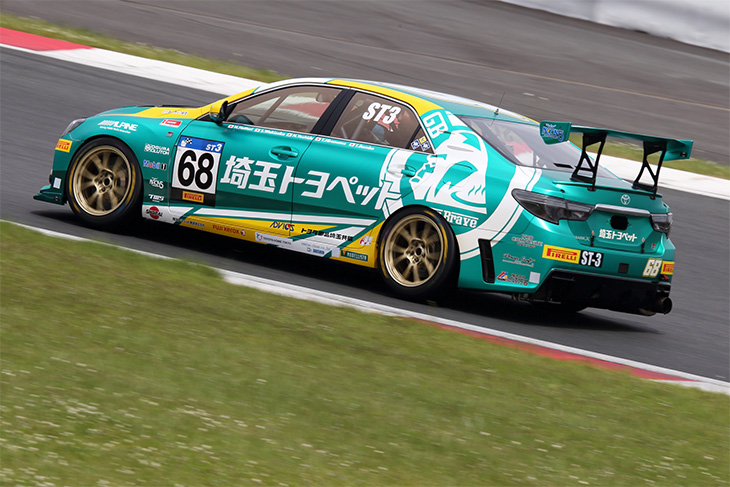 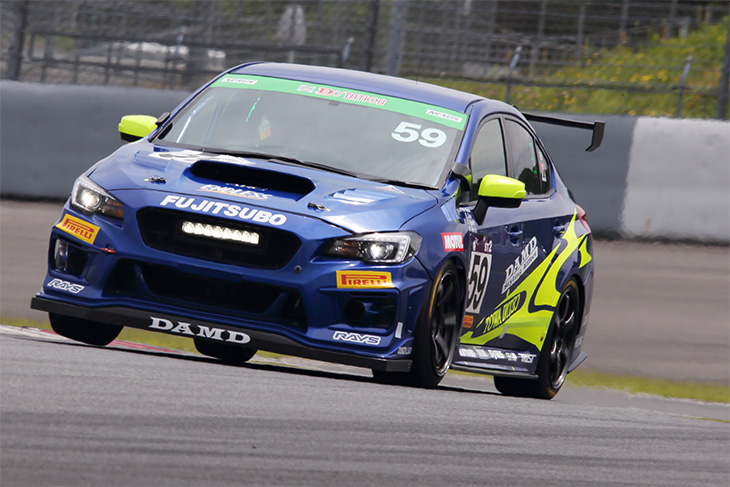 The #6 Shinryo Auto/Dixcel Mitsubishi Lancer Evolution X (Tomohiro Tomimasu/Yasushi Kikuchi/Masazumi Ohashi/Wataru Yamaki/Yoshiki Fujii) was second in class. And while the #17 DXL Aragosta Mazda Axela Sky-D (Tatsuya Nogami/Tatsuya Tanigawa/Tobio Ohtani/Toshihiro Nogami/Keita Sawa) was 11 seconds slower than the Subaru in qualifying, the feeling in the paddock is that the diesel Axela’s supreme fuel economy can give them a chance to win this 24 hour race. 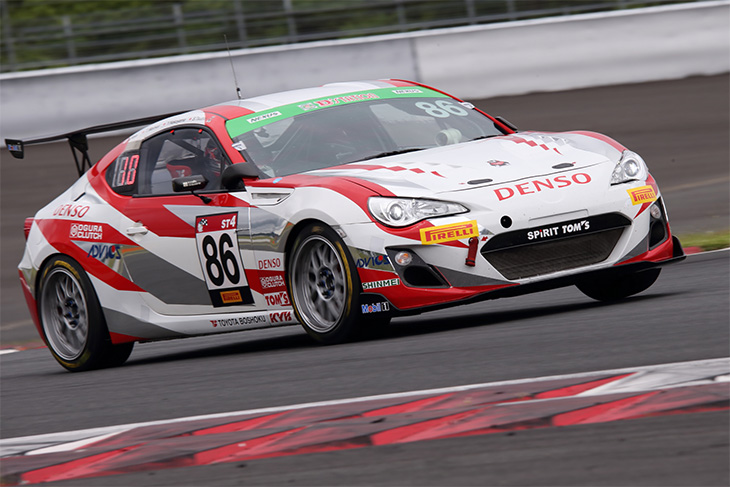 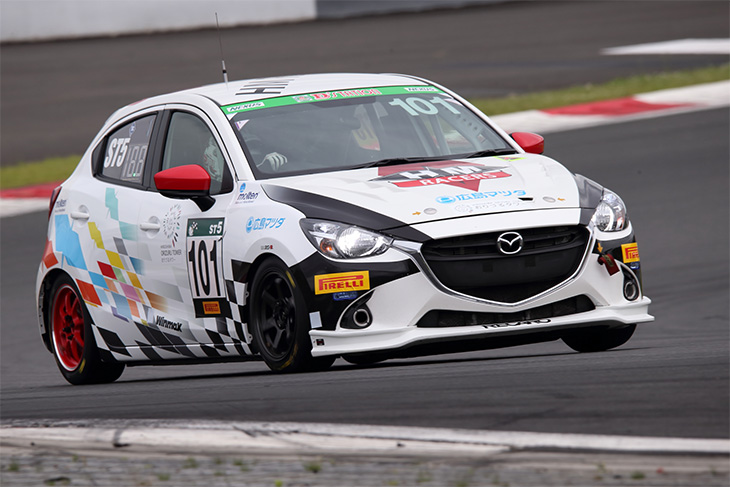 The only all-women’s team on the grid, the #50 Love Drive Racing Roadster of Marie Iwaoka, Hiroko Komatsu, Sayaka Kato, Junko Fujii, Rika Nakamura, and Aika Kumashita, will start at the back of the 48-car grid.

The festivities for the 2019 Fuji Super TEC 24 Hours begin at 11 AM on Saturday, with the first-ever Super Taikyu Pirelli Classic Challenge – an exhibition race featuring 30 classic race cars from six different decades! 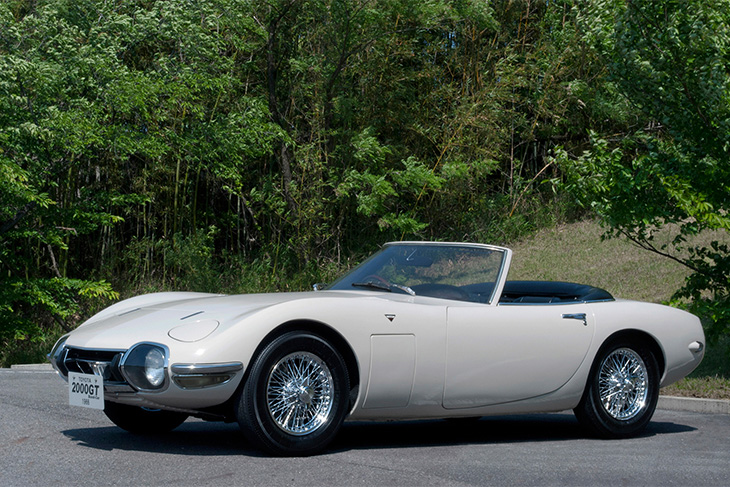 Hideo Fukuyama and Jukuchou Sunako will return to the cockpit of their premier class championship-winning 1996 Fujitsubo Nissan Skyline GT-R, while two-time GT500 Champion Masahiko Kageyama will field his Leyton House Nissan Sunny – as seen in the recent NISMO Festival historic races. And the field will be led to the green by a legendary James Bond car – the Toyota 2000GT “Open-Top” special as seen in the film adaptation of You Only Live Twice!

All of the racing action will be live and free to watch around the world with Japanese commentary on Super Taikyu TV (HERE >>>), and live timing and scoring is also available (HERE >>>) to follow along with all the action.