The Official shot of the record entry of 62 cars on the grid at Le Mans was taken today in blistering 30-degree heat.

The new temporary pits, A and B, occupied by United Autosports’ pair of Ligier LMP2s were formally opened by ACO president Pierre Fillon. 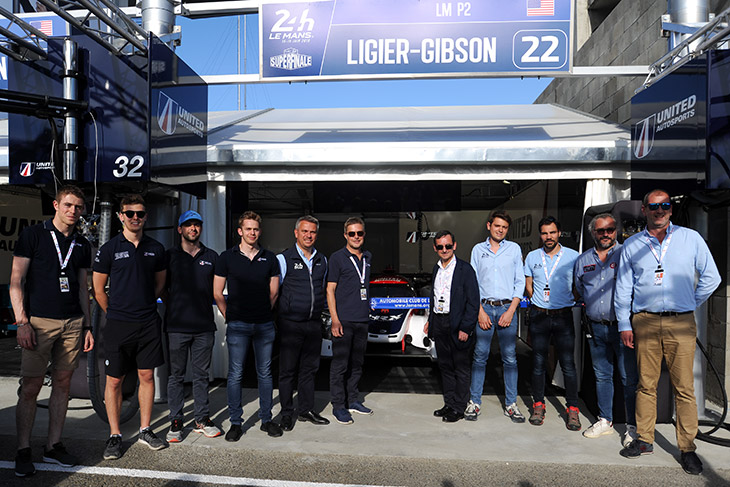 The structures are entirely temporary but have been well received by the United team, the 5 metre high walls built on either side a requirement of the fire certificate to protect both the pits/ grandstand complex and the race control building ‘Module Sportif’ from any fire threat. 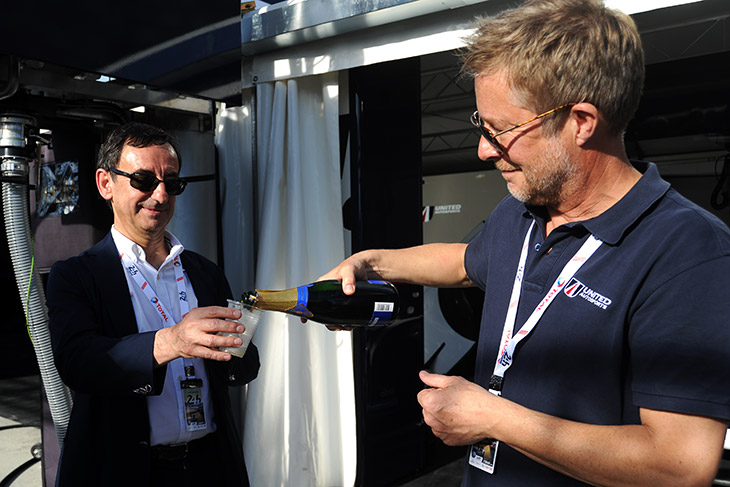 Whilst a large proportion of the 186 drivers set to race at the 2019 Le Mans 24 Hours are already on site, together with a smattering of reserve drivers who are also due to get laps in during tomorrow’s 8 hours of running there are two batches of drivers due to arrive before running begins at 9am local.

The first are the 20 drivers who, as this is typed, are engaged in the Paul Ricard 1000kms, round 3 of the 2019 Blancpain Endurance Cup.

Sven Müller, Romain Dumas, Mathieu Jaminet, Matt Campbell, Dennis Olsen, Salih Yoluc, Charlie Eastwood, Felipe Fraga, Rob Smith, Vincent Abril, Jules Gounon, Alex Lynn, Davide Rigon, Mikhael Aleshin, Miguel Molina, Maxime Martin, Matthieu Vaxiviere, Jonny Adam, Côme Ledogar, and Norman Nato are all due to run tomorrow with their teams having differing amounts of confidence in the standing arrangements for their transport being sufficient to get them to the circuit in time for the mandatory drivers briefing, a combination of planes, trains and automobiles in place to make the trip it seems!

Two additional drivers, Scott Dixon and Sebastien Bourdais have been granted dispensation not to run at the test, this pair busy with IndyCar’s Detroit Grand Prix tomorrow.