It’s a glorious day at Le Mans as the final preparations are made for tomorrow’s Test Day.

All 62 cars are present, with plenty of new colours on display. 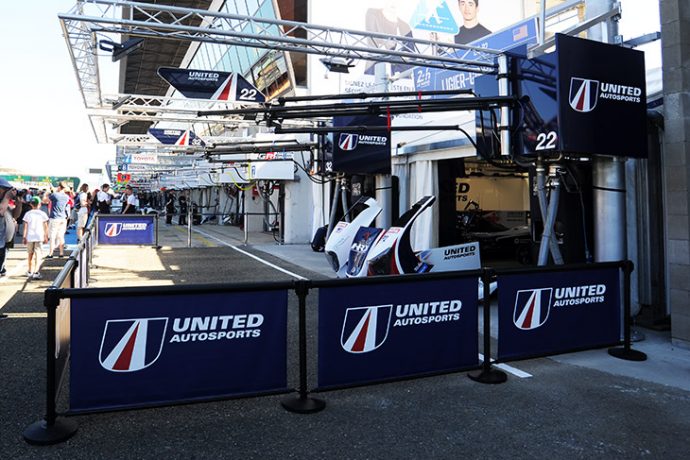 First up the newest ‘structure’ here is the temporary Pit A & B with the pair of United Autosports Ligiers already installed. How much longer before somebody thinks to pop some of the Gala Tents branding on this? 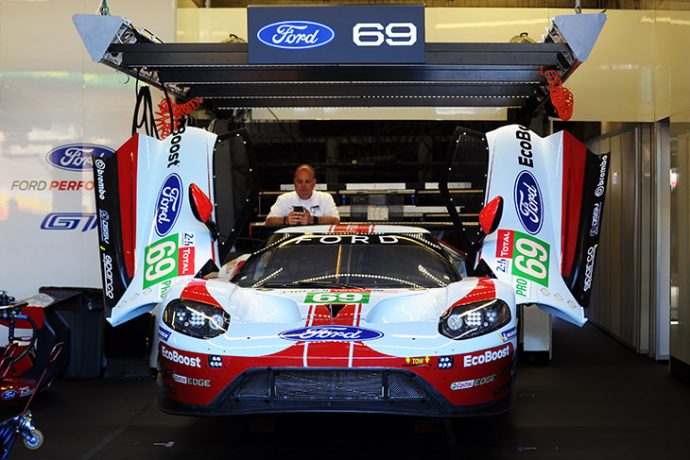 The five Ford GTs all look splendid including the excellent interpretation of the Wynns livery on Ben Keating’s privateer car. 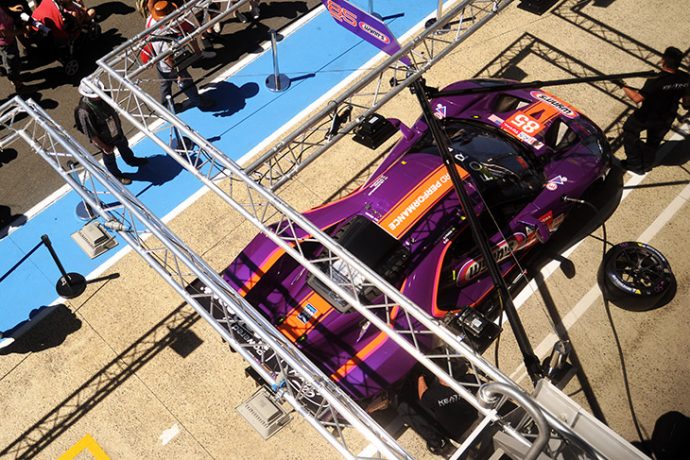 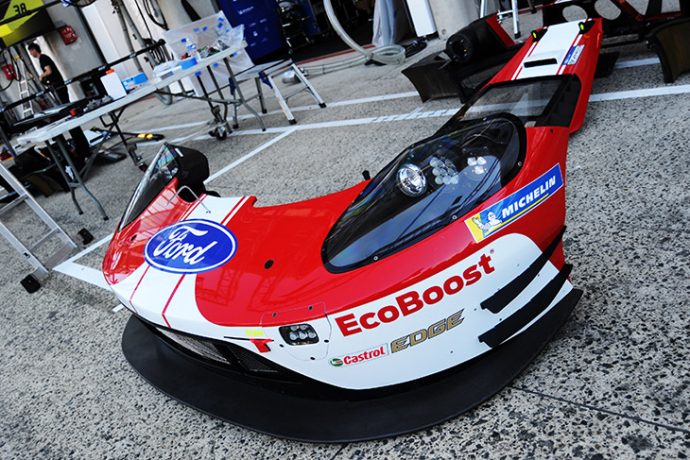 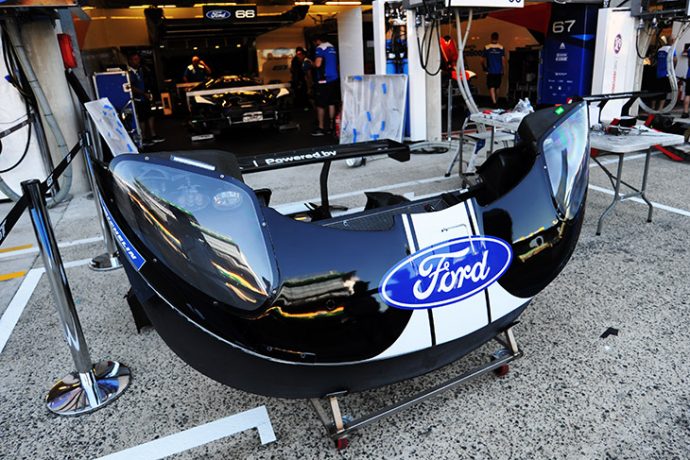 It’s Fords turn to steal the show after Porsche’s heritage liveries last year – The two WEC 911 RSRs though do look very different with their celebratory gold trim markings, and with the roofs of both cars marking the 2018/19 Manufacturers World Championship, secured last time out at Spa. Aston Martin meanwhile marks the 60th anniversary of their 1959 overall win with classy but understated laurel wreath logos on the doors of the factory cars.

DSC readers have already had a chance to see the APM Monaco #78 Proton Porsche at the Spa test but next door the #99 car is glorying in its Krohn Green splendour!

The Project 1 Art car is covered Here but there was also the first time to see in the carbon a couple of other cars that Andy Blackmore’s magic pen has had a hand in: 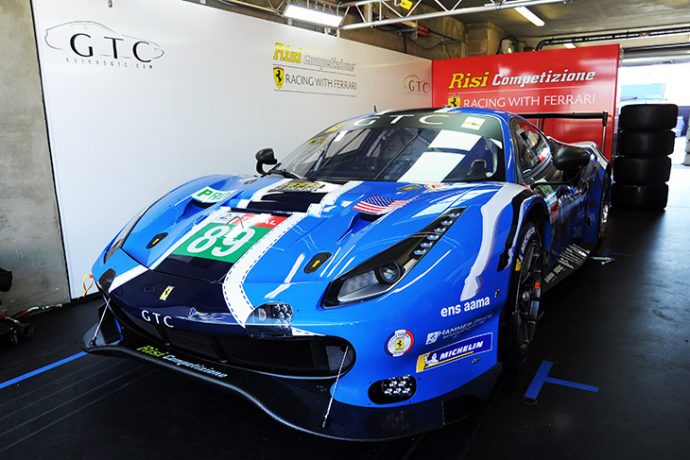 The #82 Risi Ferrari looks splendid. This writer is old enough to remember a number of blue Ferraris at Le Mans and this one will turn heads. 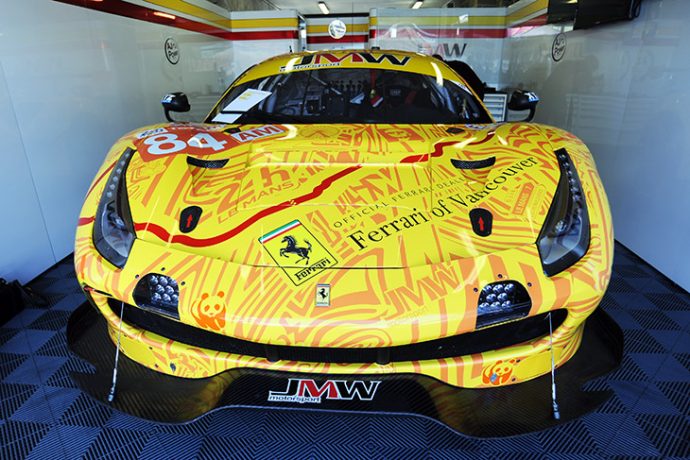 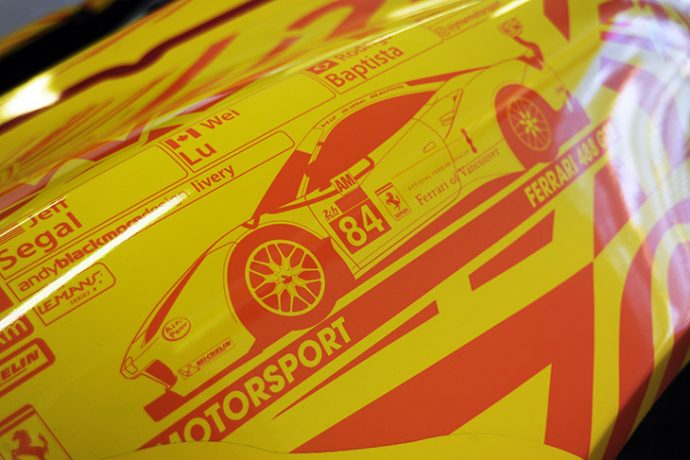 The JMW Motorsport effort too is very eye-catching, the devil is in the detail, and this will be a popular one for close up examination! 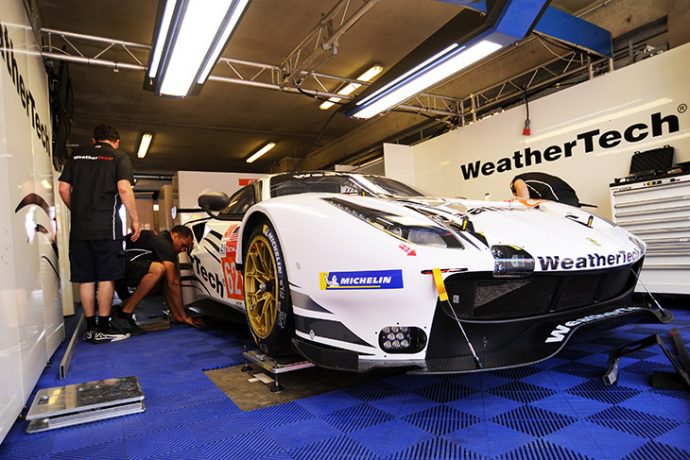 By contrast, the gold wheeled Weathertech Ferrari looks understated, but no less smart! 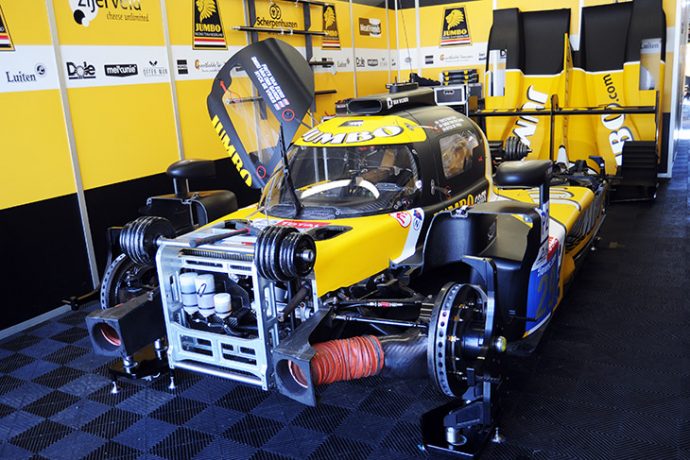 The revised liveries for TDS Racing, Racing Team Netherlands, Jackie Chan DC Racing and Graff Racing are on display in the sunshine too.

The last two additions to the 186-name driver roster both came after injuries were suffered by drivers at Spa.

David Zollinger was already on site with Algarve Pro Racing, the sub for Mark Patterson whose recovery continues. 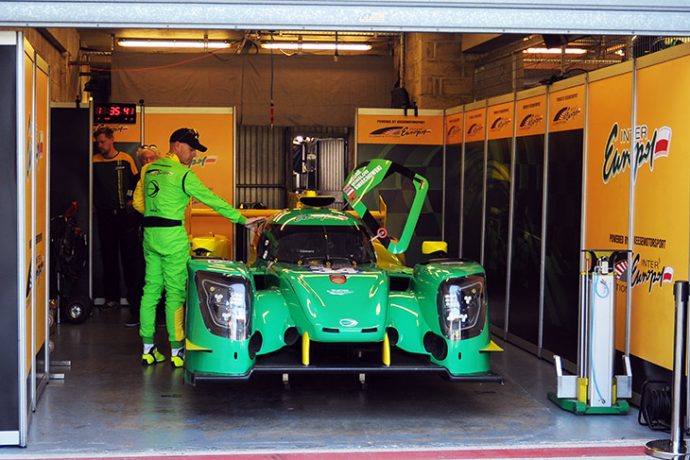 Also with his new team this morning was James Winslow, the final addition to the list. He replaces the injured Léo Roussel at Inter Europol Competition aboard the #34 Ligier after the 2017 ELMS Champion suffered a vertebral fracture at Monza. Léo though will be with the team during race week as his recovery continues.