The team’s #25 BMW M4 GT4 of Alex Udell and Simon Knapp won both races and took third in the points standings with their huge haul of points. 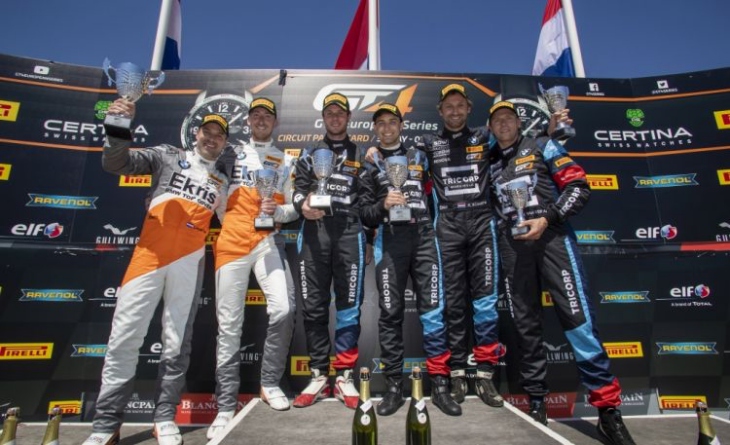 It was the team’s first win of the season and came despite its #25 M4 starting from the second row on the grid. American Alec Udell managed to get P2 on the opening lap, passing pole sitter Matthew George but was unable to find a way past the Ekris M4 GT4 of former GT4 European champion Ricardo van der Ende.

Van der Ende continued to lead until the pit window opened, although Udell was always well within striking distance. MDM Motorsport decided to call in the #25 BMW before Ekris Motorsport made its stop, but the #8 Ekris was still leading as it rejoined the race. Euan McKay, however, was just a couple of tenths clear of Simon Knap.

After almost running wide at the ‘Double droits du Beausset’, Knap managed to stay right behind McKay and one lap later the Dutchman overtook the Ekris M4 GT4 in the same corner. In the remaining 20 minutes, Knap was able to pull away and build up a gap. After 26 laps the Dutchman crossed the line and claimed the team’s first win since Hungary last season. McKay crossed the line in second place, 3.493s behind the race-winning BMW, whilst Mark van der Aa secured third place for MDM Motorsport.

“I slotted into third and then ultimately into fourth out of the start, but was able to get those two spots back going into the chicane and into Turn 10,” said Udell.

“From there on it was head down and focus on the front. Ricardo made no mistakes. We had no problems in the pit stop and Simon drove a flawless race to the end.”

The #18 PROsport Performance Aston Martin finished in fourth place, ahead of the #7 Street Art Racing Aston Martin and the #16 True Racing KTM, completing a Silver Cup top six overall. Jan Kisiel and Max Koebolt finished seventh in class, after a penalty for Kisiel for causing a collision threw them back, whilst the Equipe Verschuur McLaren of Benjamin Lessennes and Daniel McKay retired early in the race.

In Pro-Am Alain Ferté and Gregoire Demoustier took their second win of the season in the #35 Redele Competition Alpine A110 GT4. Ferté finished the race a couple of seconds clear of the #718 Centri Porsche Ticino Porsche of Ivan Jacoma and Max Busnelli. RN Vision STS drivers Marius Zug and Gabriele Piana claimed yet another podium with the #111 RN Vision STS BMW.

MDM goes two-for-two with a perfect run on Sunday

MDM Motorsport went on to score its second victory of the season and weekend on Sunday after another flawless race from Simon Knap and Alec Udell in the #25 BMW M4 GT4. In Pro-Am victory went to the W&D Racing Team BMW M4 GT4, whilst the #48 CMR Alpine A110 GT4 won the Am class. 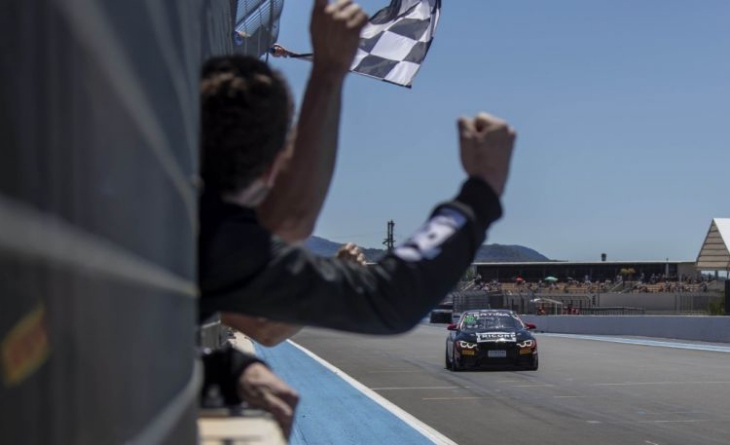 Simon Knap started the second race of the weekend from pole position and the Dutchman kept the lead off the line. Behind Knap, Jan Kisiel, Euan McKay and Benjamin Lessennes were battling for second place, until a collision between the #777 Schwede Motorsport Mercedes and the #9 CMR Alpine triggered an early safety car period.

McKay tried to overtake Knap at the restart, but the Dutchman kept his concentration and pulled out in front of the Ekris M4 GT4 again into the first combination of corners. Lessennes managed to pass Kisiel, to take third place on lap seven.

Knap pulled away from McKay and Lessennes, increasing his lead to almost three seconds by lap eight. The #25 MDM Motorsport BMW came into the pits for its mandatory stop as soon as the pit window opened, while Lessennes and Kisiel overtook McKay, who then opted to follow Knap into the pits.

At the end of lap 13 Equipe Verschuur and Leipert Motorsport called their drivers in, but the extra laps didn’t help either of them of returning in front of the MDM Motorsport BMW, now driven by Alec Udell. In fact, the Ekris Motorsport team sent Ricardo van der Ende out too soon, resulting in a one-second stop and go penalty.

As Van der Ende came in to serve his penalty, Daniel McKay and Max Koebolt moved up into second and third. Behind the top three True Racing driver, Patric Niederhauser was fourth, with W&D Racing Team and Team GT fighting for fifth place overall.

Udell drove off into the distance to take an unchallenged win. The American crossed the line 5.758s ahead of Daniel McKay, with Max Koebolt completing the overall and Silver Cup top three, just 0.167s behind the Equipe Verschuur McLaren.

“The car was good this weekend, MDM put together a great car for us,” Udell said. “I’m very happy with the car and the team. This is good for our championship run. We’re content with this win, we celebrate today and then we push forward tomorrow.”

The #16 True Racing KTM X-Bow GT4 finished in fourth, followed by the #18 PROsport Performance Aston Martin and Ricardo van der Ende in the Ekris Motorsport M4, who went from ninth to sixth on the penultimate lap.

In Pro-Am W&D Racing Team’s Massimiliano Tresoldi and Paolo Meloni secured the first win of their 2019 campaign. The #71 BMW M4 GT4 made it into the overall top three at one point, but eventually finished eighth overall.

The #2 Leipert Motorsport Mercedes AMG GT4 of Luci Trefz and Marcus Paverud came across the finish line in second place, 1.357s behind the winning BMW, whilst Nicolas Schöll and Jan Kasperlik claimed their second podium finish of the season, by finishing third with the #22 Allied Racing Porsche 718 Cayman GT4 CS MR.

A late lead change in the Am category meant CMR drivers David Loger and Eric Mouez scored their second win of the season at Circuit Paul Ricard. Two laps from the end the #48 Alpine A110 GT4 passed the #56 Team GT McLaren 570S GT4 of Christian Danner and Bernhard Laber. Maciej Marcinkiewicz and Lukasz Kreski finished the race in third place.

Marcinkiewicz and Kreski were initially classified as winners of Saturday’s race, but a 30-second post-race penalty dropped them to fourth and promoted Danner and Laber to first place.