The first Pre-Le Mans 24 Hours decisions on LMP1 Equivalence of Technology and GTE Balance of Performance have been released by the FIA Endurance Committee with little significant change yet apparent after the Le Mans Test Day.

The Toyota TS050 Hybrids retain the 10kg increase in minimum weight doled out for the Test Day, they will run at 888 kg, 10 kilos up on their minimum weight for the 2018 race but down from the 904kg they have run at since Fuji’s WEC race last October.

There are no weight changes for the LMP1 non-hybrids from the Test Day though the Gibson-engined cars (Rebellion, DragonSpeed and ByKolles) will run at 816 kg compared to the 833 that they ran last year, and which remains the minimum for the SMP Racing BR1 AERs.

The only changes post Test Day comes in the Maximum fuel for stint and in the fuel rig restrictor, the Gibson, powered cars will get 50.8 kg per stint, the BR1 AERs 48.4 kg per stint, both those levels down from the 52.5kg per stint last year but with the maximum flow per hour up year on year from 108 kg/hour to 115 and with the unlimited hourly fuel energy retained from Spa meaning that the non-hybrids should be able to lap without lift and coast.

The Toyotas will though regain the lap advantage on fuel load that they had at Le Mans last year but that was removed in recent races in the FIA WEC, again no surprise as the arrangement to do so was clearly telegraphed last year, this a recognition that the TS050s are vastly more fuel efficient than the non-hybrids.

There are minor changes too in the fuel flow rate at pit stops for the non-hybrids, reducing the time lost per pit stop to the hybrids.

The BoP for the GTE cars is unchanged from the Test Day values applied, though the tables released today do confirm the levels that were set, but not published for the Test Day. 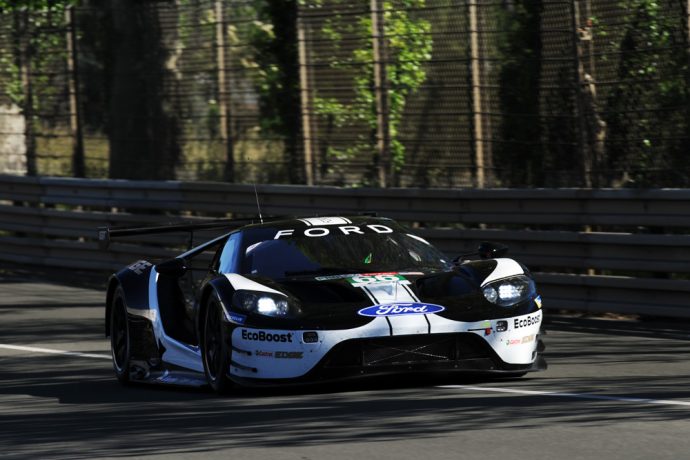 Both EoT and BoP can see further changes before the race proper in 10 days time.