JM Littman will join Jack Mitchell in the #9 Century Motorsport BMW M6 GT3 for this weekend’s Silverstone 500 round of the British GT Championship. 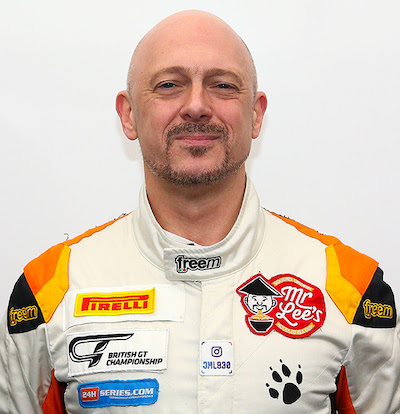 Littmann replaces the injured Adrian Willmott for Silverstone and makes his second appearance in the Championship after racing in the season finale last year at Donington aboard one of the UltraTek Racing/ Team RJN Nissan 370Z GT4.

JM rejoins Century Motorsport after racing with the team in a BMW M4 GT4 at the beginning of the year in the Hankook 24H Dubai race, forming part of a quartet, which included racing driver and Century Motorsport Team Owner, Nathan Freke.

Since Dubai, Littman has raced in the Michelin Le Mans Cup, the VLN Series and the Lamborghini Super Trofeo (Silverstone).

Littman feels that he and Century Motorsport have some unfinished business from Dubai after an unfortunate hub issue caused the team to lose out on a possible race victory. Littman hopes to get some decent points in the bag for Century Motorsport and Mitchell at British GT’s blue-riband event.

JM Littman: “It’s an absolute privilege to join Century Motorsport in their BMW M6 GT3 for the Silverstone 500. It’s the jewel in the crown for British GT racing and it will great to racing with the team again. We have some unfinished business after the Dubai 24h this year and I’m looking to help Jack and the team achieve a strong points finish.”

Nathan Freke: “It’s great to have JM back in the team after knowing him from Dubai – he is a good driver. I am looking forward to this weekend!”