Rebellion Racing is set to compete at Le Mans this year with brand new liveries on its pair of LMP1 R-13 Gibsons.

Its art cars have been created as part of a co-operation with artist Tomyboy’s brand RocketByz. 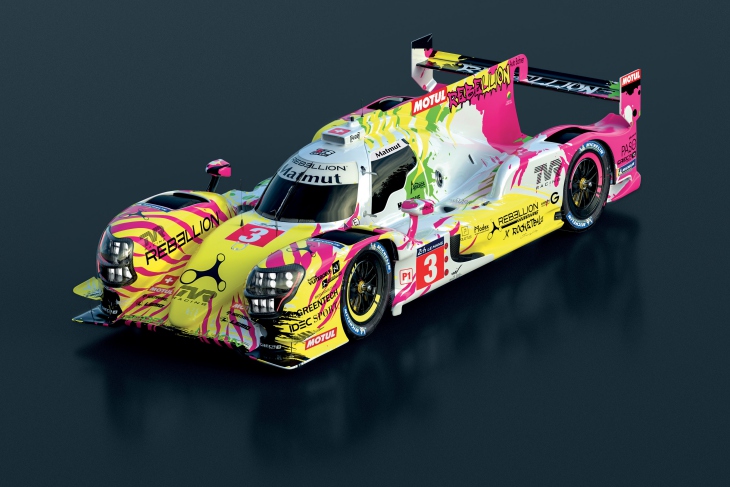 “Tomyboy has his own trademark with a unique artistic vibe using fluorescent colours to allow everybody to enjoy art anytime,” said Rebellion’s president Alex Pesci.

“It’s flashy, it’s shiny, and it is positive! We were looking for his art as colourful as possible. Tomy carries a 360° Rebellion branding project out on our racing cars, watches and on many other items which will be introduced during Le Mans 24 Hours. It was so much fun working with this rebel artist.” 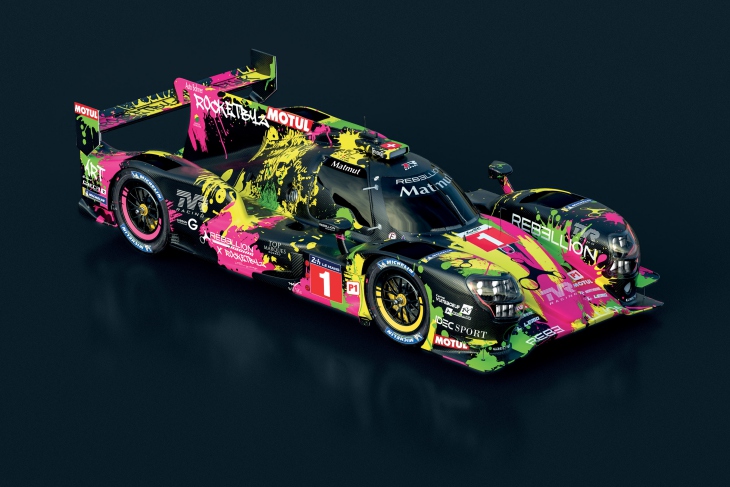 The cars are being presented to the public for the first time today at the opening day of Le Mans Scrutineering.