The full season entry list for the 2019/20 FIA World Endurance Championship is set to be announced at Friday’s ACO Press conference at the Circuit de le Sarthe.

As outlined in this story last week on DSC over 30 entries are expected, despite the now confirmed departure of the BMW and Ford factory-backed GTE Pro efforts.

Entries formally closed on 21 May but multiple sources have confirmed to DSC that at least one LMP2 team has been accepted as an entrant since that deadline closed, and another may be close to confirming a potential programme too.

Multimatic, who run the WEC Ford programme with Chip Ganassi Racing, had been thought to have given up on any prospect of a full season GTE Pro effort but now Larry Holt, Chief Technical Officer at Multimatic, is talking up the prospects for a renewed effort once again:

It was 4 years the first time for the Ford GT40 programme and now the end of the 4 years the second time with the Ford GT –   Is this the end? Is there more prospect of seeing more of the cars in action beyond the current WEC season?

“There’s a lot of potential for customer programmes, not just in Am like Ben (Keating) is doing, but potentially in Pro as well.   We’ve had a ton of interest in the cars in potentially running them either as Pro or Am cars so I would say it is not over for sure!

“  I would say there is a better chance that the cars will continue – Ford has made their statement that the deal was four years, though if you really go back to the 60s it was a two-year factory deal followed by a further semi-privater deal with JW Automotive with the Gulf cars.   I could see that kind of thing happening again.” 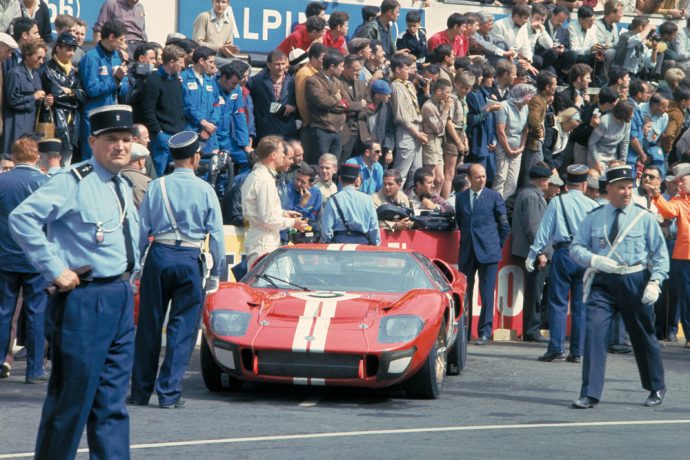 “Yes, I’ve been working really hard with a customer that I have been doing business with for years and years – I have been asking the ACO about the deadline, and about other things too – There are a couple of guys looking at GT as a stepping stone to the bigger class (Hypercar) and as you know that has dragged on quite a bit, and the uncertainty has put some people off.”

So the timing of the WEC entry (cut-off) and finishing the (Hypercar) rules for the future have just been too close together?

“It hasn’t given anybody any time to decide, yes I’m interested in Hypercar, now I’ll do something next year to help us to get up to speed.”

“The timing of the decision about the rules, and the decision making process and timeline for 2019/20 simply haven’t aligned well.”

And that’s hurt the prospects of bringing the cars back?

“Yeah, unless somebody does actually step up and we can go on our bended knee to potentially have an entry. That depends on how much they want it or not!”