2017 Le Mans GTE Pro winner Jonny Adam is back behind the wheel of an Aston Martin Racing factory car this week, after a season spent switching his time between the marque’s factory effort in Pro, and customer team TF Sport’s GTE Am title push.

It hasn’t been easy managing his split roles, but Adam is confident that the package Aston Martin has with the new Vantage AMR is now ready to win here at La Sarthe, after a tough outing last year in what was the second race for the car.

With his teammates in the #97, Alex Lynn and Maxime Martin, who are fresh from winning the 2019 WEC 6 Hours of Spa. Adam says he has a real shot to reach the top step of the podium once again.

Ahead of what could be an absolute classic in GTE Pro, with six factory teams all pushing for the win, DSC spoke to the Scotsman to get more insight into Aston’s push for the Vantage AMR’s first signature win.

Jonny, how different is the car now, a year on from it’s first Le Mans?

“Last year I had only done two events with the car, Spa and then Le Mans, and since then I’d had no time with it. We managed some test time at Monza though and I jumped out of the car and said that I felt that it was a night and day difference: in terms of driveability, in terms of performance… the team has done a lot of work behind the scenes. 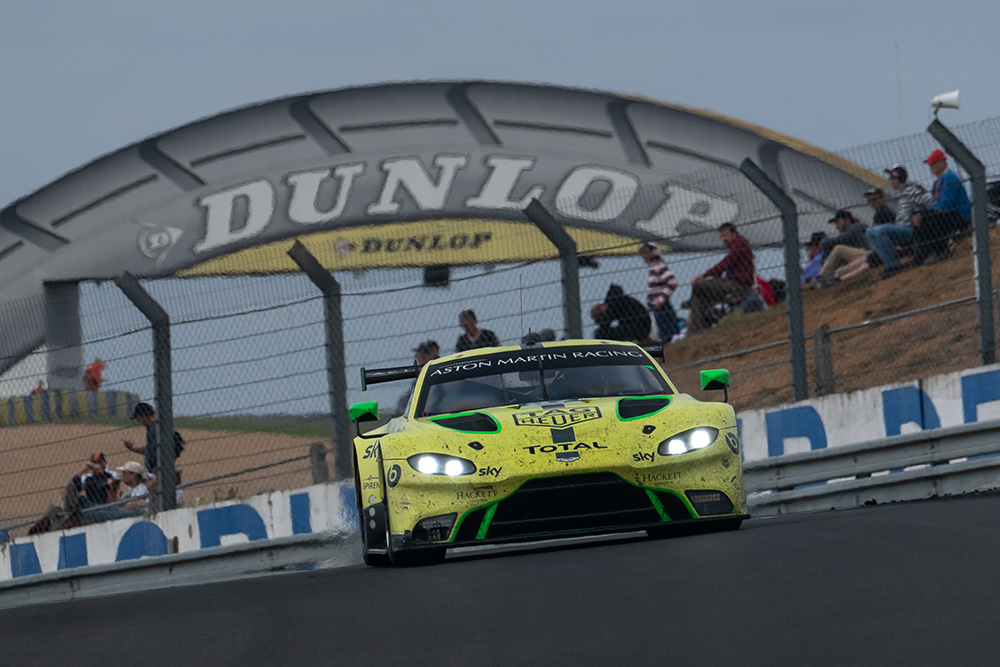 “At every round, you could see that improvement and now even in the dry the car can qualify really well. The wet pace has really come on, Shanghai and Spa for example with the two wins. But it’s the driveability of the car that is most noticeable; the team has really understood what works and what doesn’t.

“So, looking to this weekend, we now know our package is really competitive no matter what the weather throws at us: a confidence boost for the team considering where we were twelve months ago for sure.”

Has the length of the ‘Super Season’ helped the team develop the new car? There have been some big gaps between races.

“There is good time between WEC races and we’ve got a lot of talented people back at Prodrive. Just delving into the chassis detail has been hugely beneficial. We don’t build bad cars. If you look at the old Vantage and how many years of success we had with that, there’s the proof. 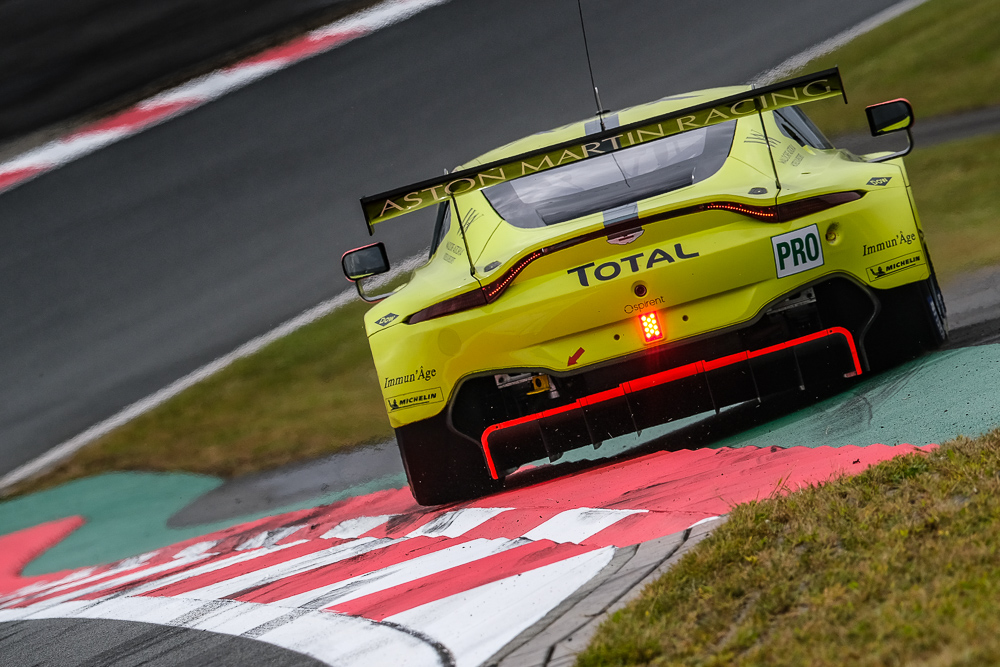 “We analysed a lot of parts that were weaker, from feedback the drivers had given and really worked on the solutions. For me it was refreshing and great to put a smile on the engineers’ faces to get out of the car and say it was just so different.”

How much of a difference have the two wins this year made to the team’s confidence level ahead of Le Mans?

“To get two wins with a brand new product is significant. Yes, this is an extended season but if you look at Porsche they took a year to get to their level of performance. It’s a testament to how good the car is now and how much work Prodrive has put into the programme.

“Darren (Turner, who will drive the #95 sister car at Le Mans) and I didn’t race at Spa (when it won, back in May), but it was really fascinating to watch how the team reacted to those conditions and the sheer number of times the right calls had to be made. It was impressive at how calmly the team dealt with what was thrown at them.

“There were combinations of things at that race that you simply can’t predict and therefore be ready for, so we were buzzing at how well the whole team worked. It was nice for the #97 crew to get a win, particularly with Maxime being at home and the #95 car having done the job at Shanghai. 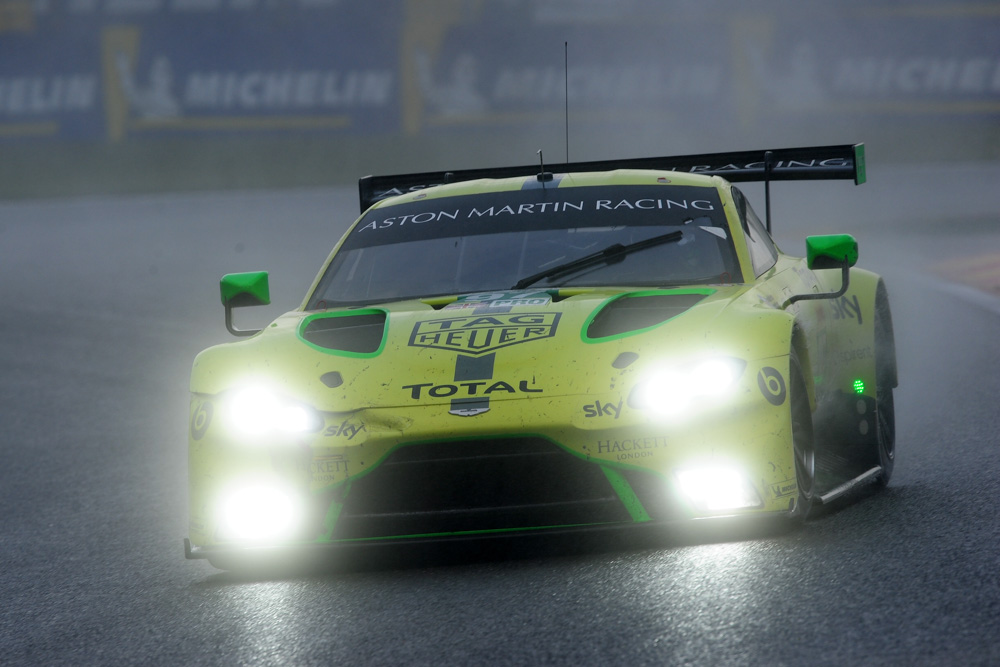 “The whole team has a little spring in its step coming into this race, but obviously Le Mans is tough.”

How did the test day go for the team? it The #95 had some issues didn’t it? But your car got plenty of laps in. It looks like you’ll be in the mix.

“We saw at the test day, the BoP has really evened the performance and there’s hardly anything between us all in the class. I think a lot of teams will show their hand in qualifying this year because you need to have track position going into the race.

“Maybe in the past you could take a more considered approach from the back, but we have a plan to qualify as best we can. That helps with the weather too; if you’re the lead car you can make your choices from the front rather than struggling further down the pack. That said, I think qualifying here is going to be difficult. 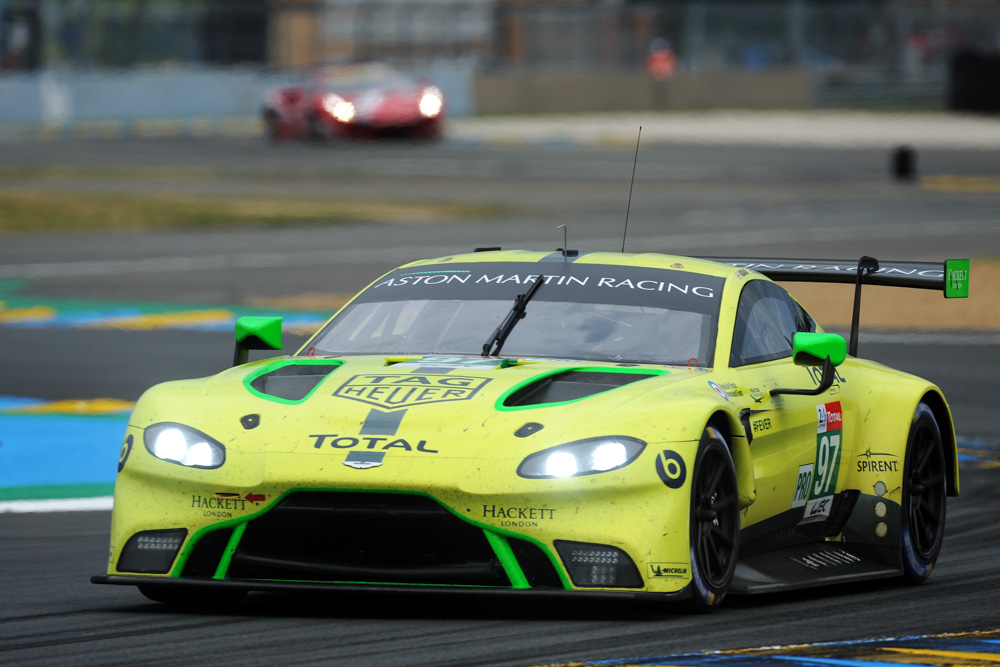 “There will be a lot of fast cars tonight if, as we think, there’s likely to be a short dry segment and the weather being unpredictable you have to take those chances when they come.

“We’re confident we can just turn it on straight away.”