At the end of the four-hour session, the #7 Toyota topped the times by almost two seconds, on a 3:18.091, with Kamui Kobayashi having the honour of setting the time in the dying minutes of the session.

The second Toyota, the #8, set the fourth-fastest time, with Fernando Alonso managing a 3:19.960., although Kazuki Nakajima was on a personal best lap when he came across the stricken #50 Larbre Ligier at Porsche Curves on his final tour of the circuit. 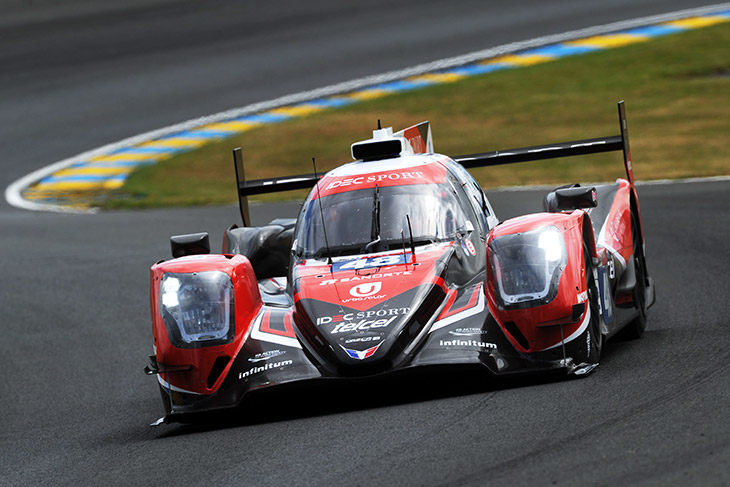 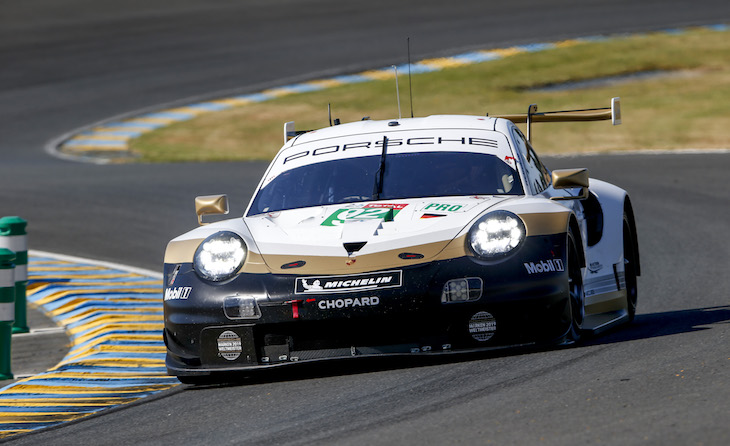 The #92 Porsche 911 of Michael Christensen, Kevin Estre, and Laurens Vanthoor topped the timing sheets in GTE Pro. The car’s best time of the session was a 3:52.149, set early by Christensen. The car completed 20 laps, just slightly below the average for the GTE Pro runners.

Making it two Porsches at the fore of the field was the #94 Porsche of Sven Muller, Mathieu Jaminet and Dennis Olsen. Their best time came near the end of the session among a flurry of quick laps, when Jaminet set a 3:52.464.

Sam Bird in the #71 AF Corse Ferrari was another runner to move up the board in the final minutes of the session. His time of 3:52.743 was good enough for third for himself and team-mates Davide Rigon and Miguel Molina. Ferrari had spent much of the session near the tail-end of the field, but it too took advantage of quick conditions to slingshot both cars to the top five.

The best-placed Ford was the #66 of Stefan Mucke, Olivier Pla and Billy Johnson. Mucke, also taking advantage of quick conditions in the final half-hour of the session, set the best time of 3:52.778 after completing 13 laps.

The pair of Aston Martins ended the session in 11th and 12th, with the #97 getting the better of the #95 by just one-tenth of a second. Alex Lynn set the benchmark for the brand with his 3:53.802 late in the going.

The top-placed Corvette was the #63, ending the session in 10th with a best time of 3:53.343 from Antonio Garcia. It was his team-mate, Jan Magnussen, making his 20th Le Mans start, who did the lion’s share of driving in the car, completing 23 laps. Mike Rockenfeller, joining the normal IMSA pairing of Magnussen and Garcia, completed nine laps.

The back of GTE Pro was marked by the #89 Risi Competizione Ferrari, with the best time of 3:56.429 from Pipo Derani. The Risi Ferrari was bested by five GTE Am cars in the session. 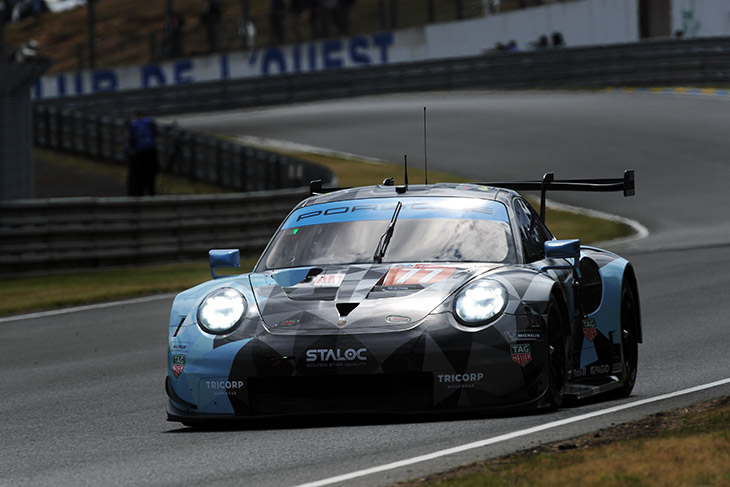 Topping the GTE Am sheets was the #77 Dempsey-Proton Racing Porsche of Matt Campbell, Christian Reid and Julien Andlauer. Campbell – the gold-rated driver in the car – set the bar for the #77 with the best time of 3:55.304. Andlauer did not set any laps in the car.

The #54 Spirit of Race Ferrari of Thomas Flohr, Francesco Castellacci and Giancarlo Fisichella ended the session in second. Fisichella set the top time of the car late in the session as the track began to get quicker and the sun moved lower in the sky. A 3:55.686 was the best time for the #54.

Rounding out the top three in GTE Am was the #98 Aston Martin of Pedro Lamy, Paul Dalla Lana and Mathias Lauda. Lamy set the best time, a 3:55.714, like most other drivers in the final minutes of the session.

The #78 Proton Competition Porsche of Louis Prette, Philippe Prette and Vincent Abril ended the session in fourth. Abril, the gold-rated driver, set the mark with the best time of 3:56.046.

Fifth in class was the #88 Dempsey-Proton Racing Porsche of Satoshi Hoshino, Giorgio Roda and Matteo Cairoli. Cairoli’s best time was a 3:56.282 in the short running that the car did before an incident with Hoshino at the helm.

Hoshino went off at the Porsche Curves, slid through the gravel, and hit the tyre barriers squarely with the driver’s side of the car. The incident caused a Full Course Yellow so the car could be recovered. It was returned to the team about 30 minutes after the incident and the crew began repair work.

Just over 45 minutes of the session was spent under a red flag following an incident involving Tracy Krohn in the #99 Dempsey-Proton Racing Porsche. There was no clear camera view of the incident, but it appeared Krohn had hit the barrier multiple times on the run down to the second chicane.

Krohn had not yet completed a flying lap. He was unhurt and in good spirits but he was taken to the hospital for precautionary checks after complaining of back pain. The #99 Porsche ended the session 15th with the best time of 4:00.472 set by Patrick Long.