One significant difference for the 2019 Le Mans 24 Hours is that it forms. for the first time, the season finale for the FIA WEC, the 2018/19 ‘Super Season’ undertaken to realign the WEC to a winter-based calendar.

Two titles are already settled with Toyota Gazoo Racing having taken the LMP1 World Championship, and Porsche having claimed the World title in GTE.

So with the final round looming what’s still up for grabs.

Firstly remember that Le Mans has a larger points haul on offer than a regular WEC round.

Plus the point for pole position in each class

LMP1 – Toyota Crews Take It To The Wire

In the Teams title the second place honours are still up for grabs – SMP Racing currently sit 30 points behind Rebellion.

In the LMP drivers standings, after yesterday’s qualifying sessions its between the two Toyota crews for the Championship with the #8 trio of Fernando Alonso, Sebastien Buemi and Kazuki Nakajima on 160 points, their team-mates from the #7 TS050 – Mike Conway, Jose Maria Lopez and Kazuki Nakajima sit on 129 – 3o back with 39 still up for grabs.

7th or better in the combined LMP1 and LMP2 order therefore seals it for the #8, for the #7, nothing other than a win will do.

If things go badly for the #7 and the #8 meanwhile the #3 Rebellion crew are still in reach of second position in the standings, they are currently 30 points back.

LMP2 – Four Left In The Fight

Three sets of drivers, and four teams are still in the respective Championship fights in LMP2.

In the Teams Championship the #36 Signatech Alpine team leads the points battle with 143 points, just four ahead of the #38 Jackie Chan DC Racing ORECA with the sister #37 JCDC car just a single further point back on 138. 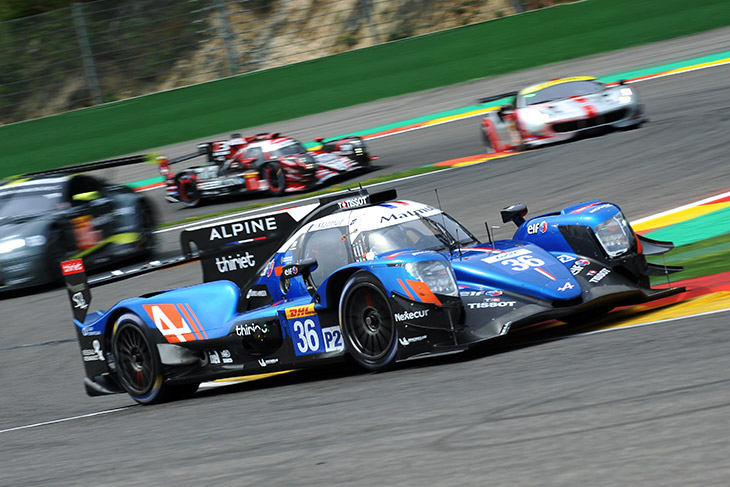 The final title contender is the Spa 2019 winning DragonSpeed ORECA team – back on 117, 26 off the lead.

Only a win or second place would be good enough for the DragonSpeed crew, and only then with the three other contenders finishing lower than 6th (depending on who get pole position!)

In the drivers standings the #37 crew are out of it after the pre-Sebring line-up switch that saw the original all-Malaysian crew sidelined whilst Ant Davidson would miss out after missing the first two races of the season in the DragonSpeed car. 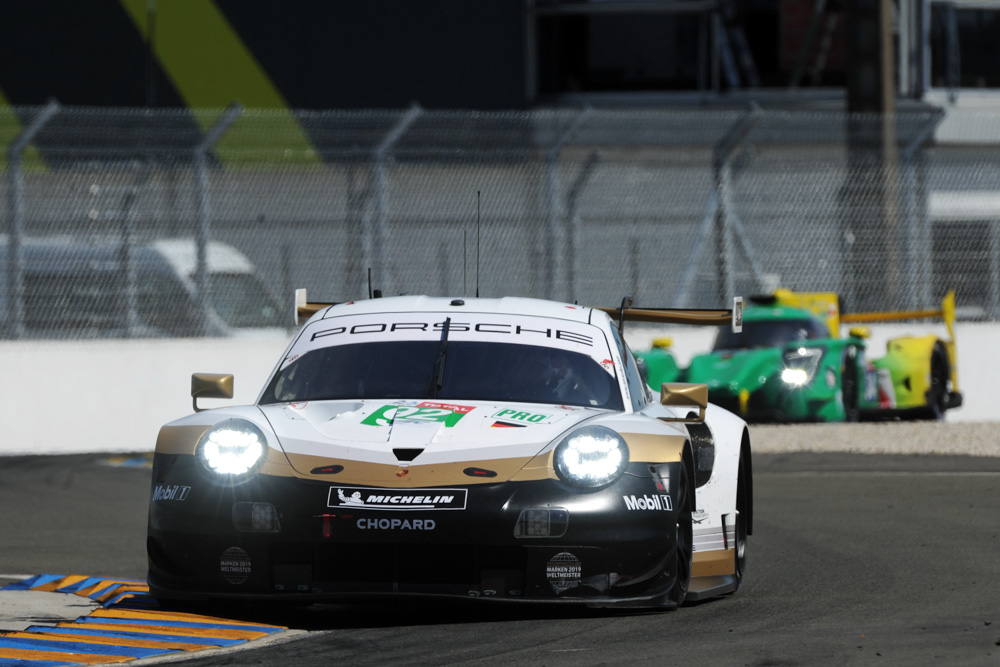 Kevin Estre and Michael Christensen lead the way with 140 points, with Gimmi Bruni and Richard Lietz 36 points down on 104 with 39 points still available.

Five GTE Am crews are still in the WEC title hunt coming into the Le Mans 24 Hours though the 36 point spread between the Championship-leading #56 Project 1 Porsche and fifth place #98 Aston Martin Racing squads means that for Paul Dalla Lana and co it would take a combination of mathematics and extraordinary bad fortune for four other cars to take the title. 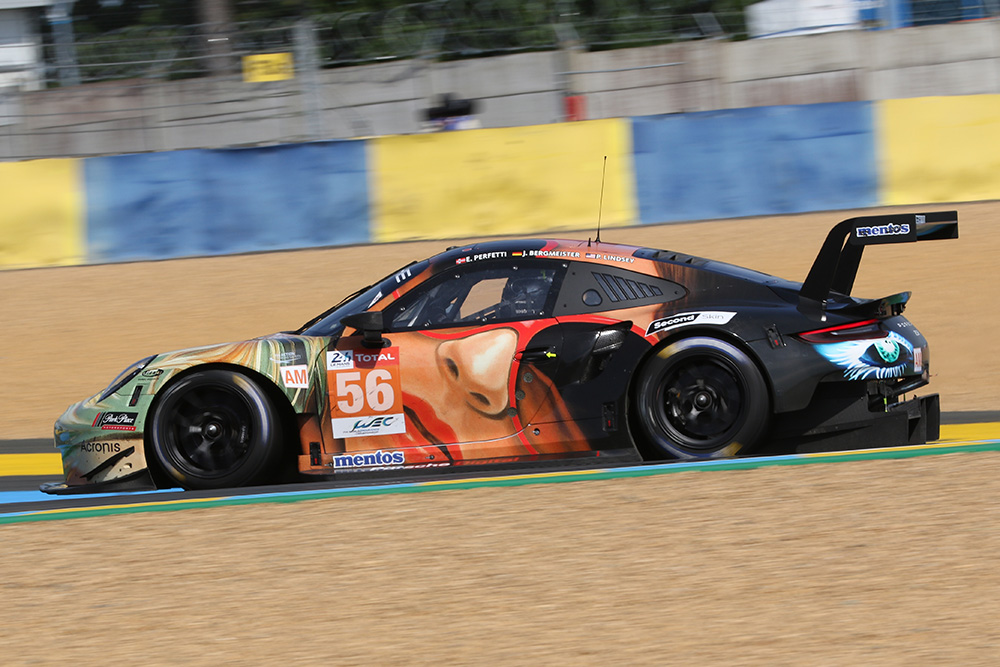 The points tallies in the drivers Championships are identical but with only two drivers apiece in the hunt for TF Sport (Salih Yoluc and Charlie Eastwood), and the #77 Porsche (Christian Ried and Matt Campbell) after mid-season driver squad changes.

The recovery to even an outside chance of a title is particularly remarkable for the #77 crew after losing all of their Championship points after the penalty imposed for fuel rig datastream tampering, the team has scored wins in all three races since then.

4th or better will be enough for the #56 to take the title.

The #54 and the #90 must finish either first or second to have a chance of the title.