Where the Ford GT didn’t quite deliver against its GTE Pro competition, its presence in GTE Am could not have been more exciting. Its distinctive purple Wynn’s retro livery caught the attention, and the #85 GT of Keating Motorsports, like some others before the start, had kept its powder dry.

Jeroen Bleekemolen was the star turn, delivering quick and consistent pace early on and throughout the night stints. Brazilian team-mate Felipe Fraga was solid in support, but team-owner Ben Keating’s stints at the wheel were something to witness, keeping his cool in challenging caution periods, the Am driver really pushing his car hard towards the chequered flag.

Having built a lead of nearly a lap, the Ford was challenged by full-course cautions and front bodywork damage late in the race. Wheelspin on the way out of the pitstop to fix that brought a stop-go penalty, too. By no means least though, a hard-charging Porsche crew in the form of Team Project 1’s Jorg Bergmeister, Patrick Lindsey and Egidio Perfetti had worn down the Ford’s advantage to less than three seconds in the last hour, before Bleekemolen was put aboard the Keating car to successfully defend the lead, which he extended to 44 seconds at the flag. 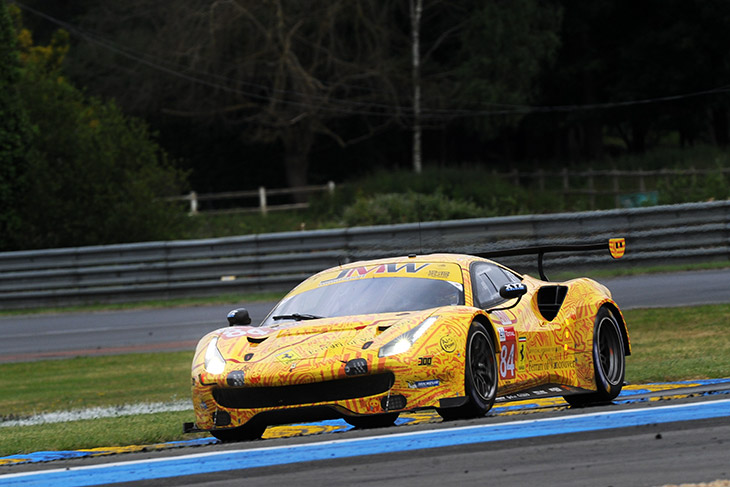 The GTE Am had shown strength in numbers, particularly for Ferrari entries. The best of these would be the JMW Motorsport 488 (above), solidly taking and defending third place in the hands of former Am winner Jeff Segal, with Rodrigo Baptista and Wei Lu, in an unflustered performance that demonstrated the British team’s experience at Le Mans. 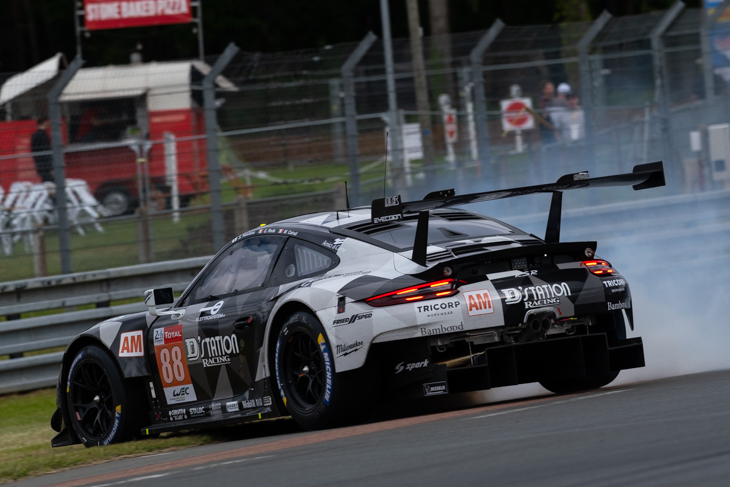 Porsche had looked particularly strong going into the GTE-Am race, notably through Dempsey-Proton’s cars. However, the #88 car (above) that had the measure of the race early on in the hands of Matteo Cairoli and Giorgio Roda was withdrawn after a controversial performance by its Am driver, Satoshi Hoshino, which culminated in a big accident for the #64 GTE Pro Corvette. It was the second-placed #56 Team Project 1 car that carried class honours for the 911, but Keating Motorsports’ victory was popular and suggests a future for the Ford GT in this category.