The Le Mans 2019 LMP2 race should arguably have been won by G-Drive’s #26 crew of Roman Rusinov, Job Van Uitert and Jean-Eric Vergne. The TDS Racing-led entry were quick in the pitstops, quick on the track and established a consistent lead over the #36 Signatech Alpine car after a period of entertaining dicing between the cars. 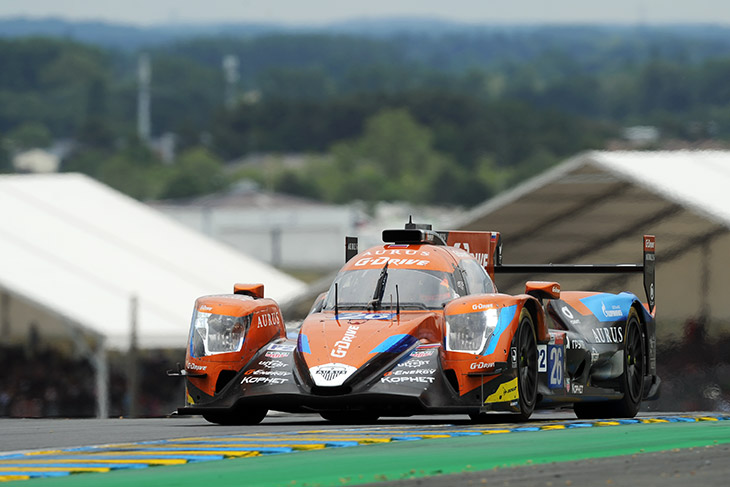 It fell apart for G-Drive on Sunday morning, however, when the wiring loom for the starter motor failed on a routine pitstop, dropping the Gibson-engined ‘Aurus’ seven places and denying the (badge-engineered) marque a win on its maiden appearance.

This gifted #36 the win somewhat, but Nicolas Lapierre, Andre Negrao and Pierre Thiriet had always been there or thereabouts, playing brilliantly to a strategy that was intended to keep them truly in contention for the 24 Hours win while also securing them the P2 drivers’ and manufacturers’ championships. Winning all three was a massive bumper payday for the team and anyone with an invite to their party this evening is guaranteed quite a night! 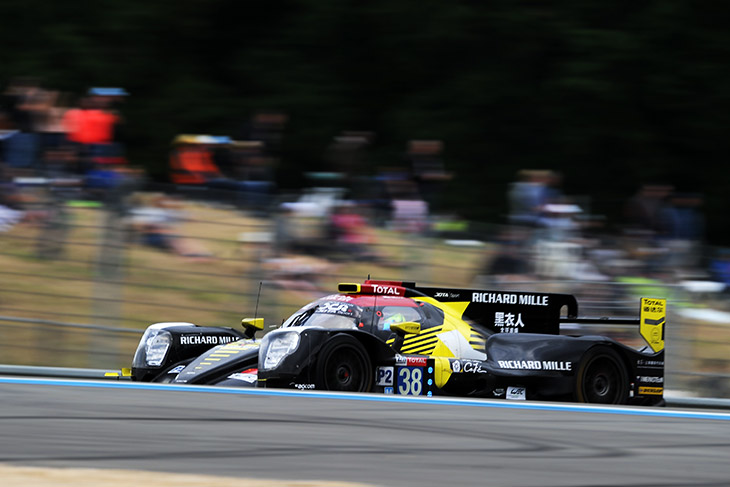 As well as joy, though, would come relief, because their nearest championship rivals, the #38 Jackie Chan DC Racing (above, only four points behind going into the race) had worked their way up to threaten #36 for almost the entire race. They had their own bad luck with a puncture and being held at pit exit for several minutes during a safety-car period, but hopefully, a second-place finish will be the best consolation possible for Ho-Pin Tung, Stephane Richelmi and Gabriel Aubry.

This was Signatech Alpine’s second consecutive victory, following G-Drive being stripped of its win in 2018, and few would resent them being able to properly celebrate at the circuit with their supporters this time around. 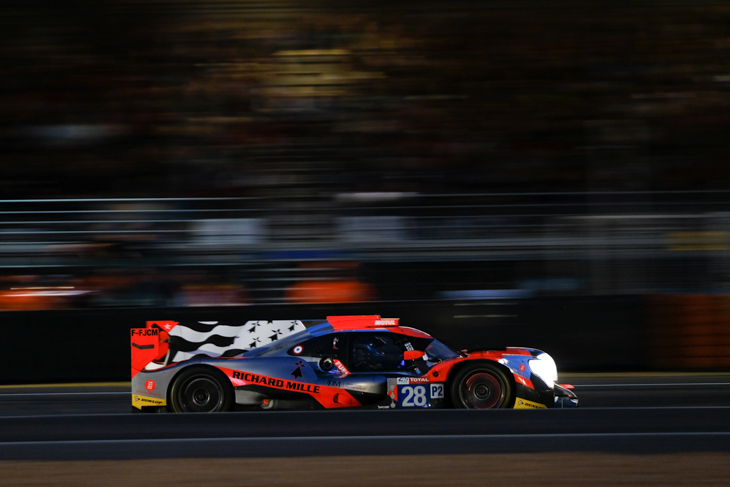 Third place was secured by TDS Racing’s #28 crew of Francois Perrodo, Matthieu Vaxiviere and Loic Duval (above). Perrodo’s pace was a concern, but by staying away from mechanical or damage issues and ensuring that Vaxiviere and Duval drove to their full potential throughout, which they did, the strategy allowed them the most privileged view of motorsport, hovering over the passionate throng of track-invading fans at La Sarthe shortly after 3 pm on Sunday. 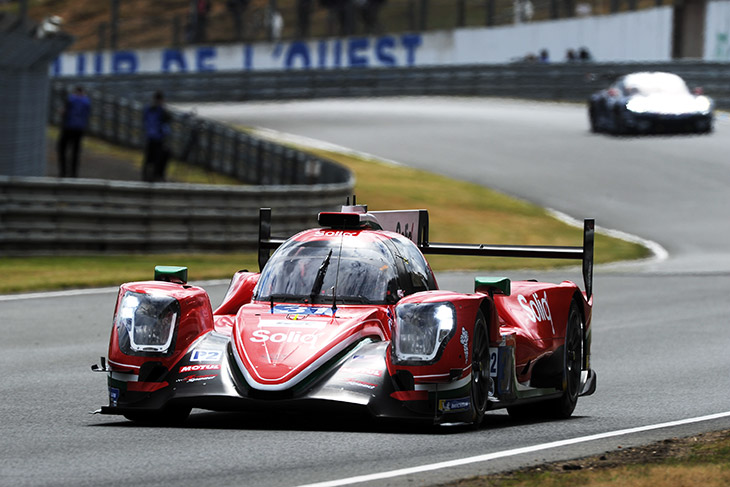 The reality was that everyone else in P2 had problems and that put them all out of contention. DragonSpeed (above) had looked like contenders for the win, or at least second place until Maldonado had a car-destroying accident at Tertre Rouge in the early hours of Sunday morning. The #37 Jackie Chan DC Racing Oreca, which had also been a title contender and a podium contender for much of the race, retired with a gearbox failure. 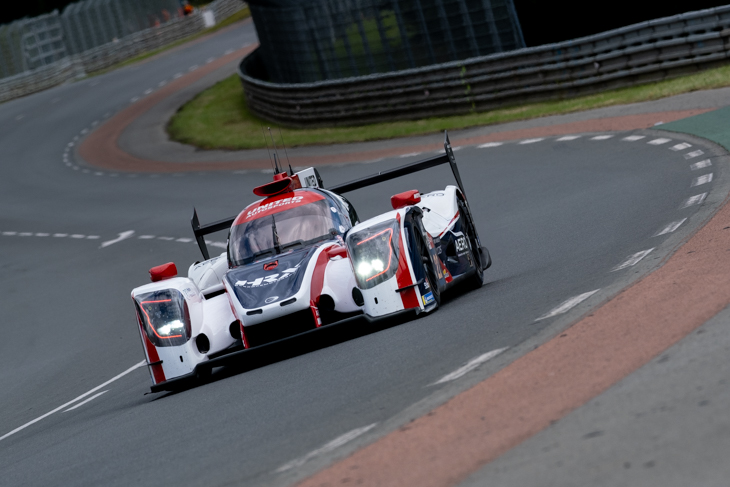 Other contenders did manage to finish, albeit laps off the podium, and the fight for fourth went down to the last 40 minutes between the #22 United Autosports Ligier (above) of Phil Hanson, Filipe Albuquerque and Paul di Resta and the #30 Duquiene Engineering Oreca of Nicolas Jamin, Pierre Ragues and Romain Dumas.

It was the #22 crew that managed to find just enough pace to hold off Ragues and Jamin over the final two stints by around 10 seconds, then the rear-right suspension broke on the #30 and Jamin had to crab it back to the pits. IDEC Sport and G-Drive, therefore, moved up to fifth and sixth for the chequered flag.