The seventh hour starts with a HUGE accident on the Dottinger Hohe, a slow zone to protect an incident scene missed comprehensively by the second-placed V6 class #135 Porsche Cayman, the car hit the rear of Josh Burdon’s #38 KCMG Nissan GT-R at pretty much full speed, took off and rolled to a halt some 100 metres further on, right side up. 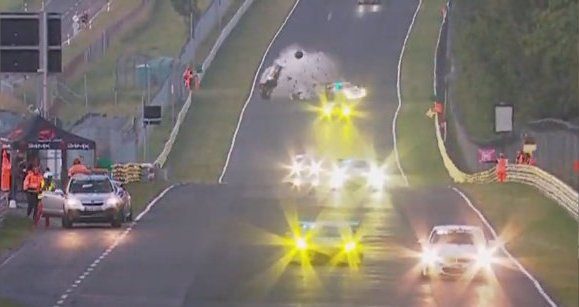 Burdon was out of the Nissan and seemingly OK, the driver of the Porsche out under his own steam too.

Team-mate Christian Menzel: “There was definitely a code 60, all vehicles have reduced the speed, but one does not stop. He just hit us completely. I do not know why that happened. I do not want to scold rashly. We are all humans. But I’m just glad that nothing happened to both drivers. That was a real horror accident. Unfortunately, there are still too many people here who are overwhelmed with the situation and do not belong here yet. I’ve had many situations out there today that were hair-raising.” 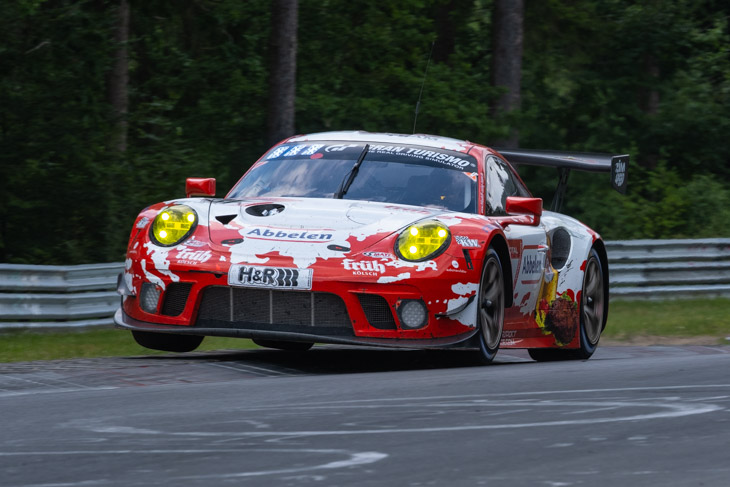 That came just moments after another incident that saw Matt Campbell having a HUGE moment in pursuit of the #48 AMG, as the pair crested a brow Campbell found his path blocked by an intervention car and clattered the #31 Frikadelli Porsche along the barrier before continuing, the moment allowing the #705 Glickenhaus through to third.

Also in trouble at the same time elsewhere on track had been Christian Gebhart in the SP8T-leading #36 Aston Martin: “In Wehrseifen I came to overtake on the dirty line but having gone by and into the braking zone. I turned in and was hit.” The team repaired the front right and the underbody but it was a long job, the class lead though was inherited by the sister car.

Trouble for the second-placed #2 Black Falcon AMG, Adam Christodoulou, the car pits after only three laps on the stint after left-front contact with the Supra which out-braked itself and cut across the bows of the AMG, into the garage and seemingly out of the race with terminal chassis damage.

The pole setting, and all-race-long CupX leading #111 KTM is black-flagged for noise, they’ll have to pit to fix it. It has a 2 lap buffer to the second placed car in the class.

The 11th placed #16 GetSpeed AMG has had non-functioning onboard jacks from the start of the race. 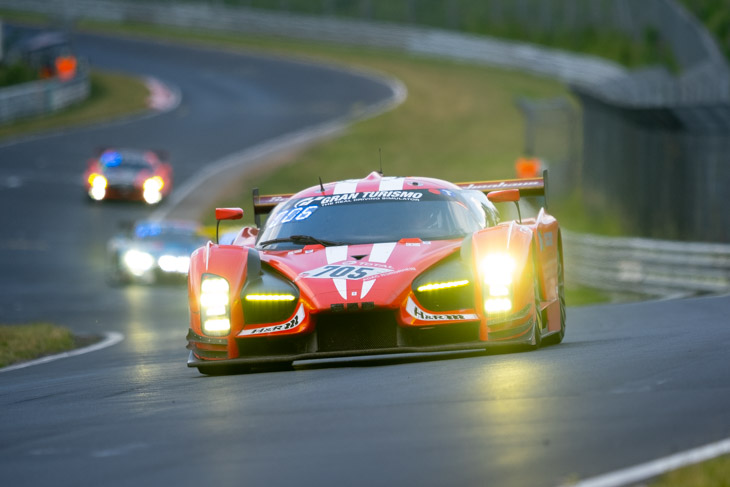