The second of two free-practice sessions for the 2019 British GT Championship’s first visit to Donington Park saw Phil Keen go fastest in the #72 Barwell Motorsport Lamborghini, with a time of 1:27.732 – two-tenths faster than Nicki Thiim’s benchmark from FP1.

Thiim himself went faster than he had in the morning session and ended FP2 second-quickest in the #2 TF Sport Aston, just 0.131 seconds off Keen’s time.

Third-fastest was Jonny Adam in the other TF Sport car, setting a 1:27.877. Tom Onslow-Cole continued to show well in his ‘super sub’ role in the Abba Mercedes, going fourth-fastest in this session with a 1:27.964. 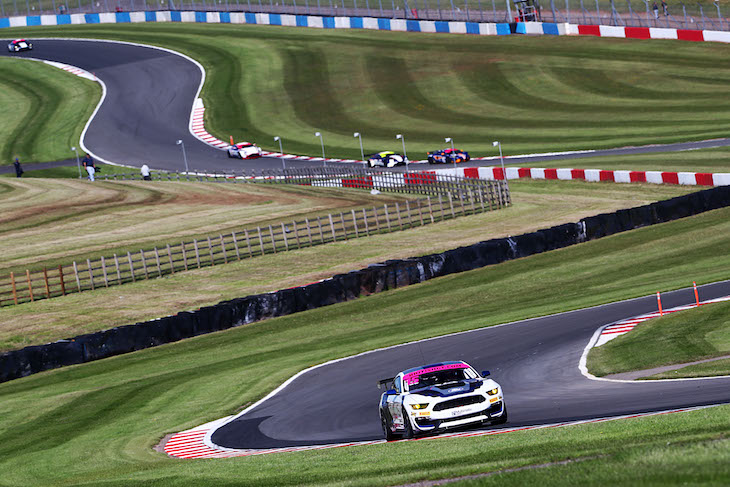 The GT4 pace was once again set by the #15 Priaulx/Maxwell car, with a 1:35.800 this time around. The two Century Motorsport BMW M4s were second and third-fastest, the #43 of Gordon-Colebrooke/Fender ahead of the #42 of Kimber/Mathiassen.

Tom Canning and Patrick Kibble’s #42 TF Sport Aston Martin was fourth-quickest, ahead of the Invictus Games Jaguar and the Fletcher/Plowman Beechdean Aston.

Again there were no red-flag incidents, and the only notable issue was the #19 Multimatic Mustang failing to record a flying lap due to gearbox issues.