960 Marshals are positioned all around the Nordschleife, split into 17 sections. Responsible for the coordination are 32 section chiefs and their deputies. 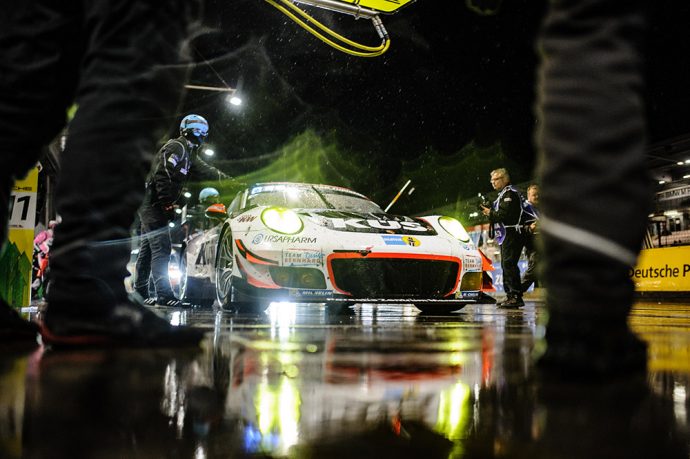 35 Officials are busy at the other side of the pit lane to control the paddock activities and make sure, for instance, that the safety regulations are complied with.

30 Persons are driving the shuttle vehicles that the team members, marshals, journalists and VIPs from one place to the other.

35 Marshals are necessary for the pre-start and the starting grid, another 20 will control the Parc Fermé on Sunday.

52 DMSB-Staffel members will be working in shifts to be able to give on-track aid as fast as possible. They are on site in 11 S vehicles.

30 highly trained individuals form the intervention team that safeguards crash sites to allow for extrication and other rescue measures. This year, four intervention-team Audi A6 Avants are positioned around the track.

Another five Audis A6 Avant Medical Cars are used to enable emergency medics to get to crash sites quickly.

30 Staff members are the crews of the additional E-Unit safety and rescue vehicles, equipped with oil binders and additional fire extinguishers.

30 Experts are responsible for salvaging stranded or damaged vehicles. They are positioned around the circuit, equipped with tow trucks and salvage tractors. Two of the vehicles are equipped with compressors, rammers and specially trained staff to be able to repair bigger crash-barrier damages right away.

100 Medics and paramedics that are working in shifts represent the ADAC TOTAL 24h-Race medical corps. Eight emergency vehicles are positioned around the circuit and in the fully equipped medical centre, a team of emergency medics, surgeons, anaesthetists and paramedics are ready at any time.

A further five emergency vehicles, two doctors and more than 30 paramedics are responsible for the area outside the track. Several hospitals are on the alert, an emergency helicopter is positioned next to the medical centre.

90 Firefighters are on site at the Nürburgring: Eight vehicles are positioned around the circuit (plus one extra at the refuelling station for alternative fuels), three of them tank fire engines in the area beyond the circuit.

150 Full-time employees are working to support the Nürburgring 1927 GmbH & Co. KG during the ADAC TOTAL 24h Race. By attending to everything from the circuit administration up to issuing keys they make sure that the huge motor-racing venue with its numerous areas is kept operational.

600 Helpers of the track organisers are needed for operating the box offices and controlling the gates during the event.

680 Mobile toilets have been positioned around the Nordschleife.

60.000 Parking spaces for passenger cars can be found around the 25.378-kilometre combination of GP circuit and Nordschleife.

1,5 Mio. Square metres of camping sites are available for the visitors.

9 km Curbs, all have to be re-painted and the complete edge markings on both sides of the track also must be re-coloured.

18 km Of hoardings are needed to mark the restricted areas.

6.000m Of hoardings are used to protect nature-protection areas.

146 Showers are available for the visitors.

144 Toilets are available for the visitors.

158 Vehicles were scrutineered as the initial entry with some 580 drivers from 32 countries. Altogether, the grid features vehicles of 22 manufacturers. (Two cars have been withdrawn following damage in Practice/ qualifying accidents)

174 Vehicles of the ‘Rundstrecken Challenge’ (RCN) kicked the event off with their performance test that also is contested by about 400 drivers.

27 Competitors formed the grid of the FIA World Touring Car Cup (WTCR), with three championship races (three laps each) at the Nordschleife in the 24h-Race support programme.

13 Vehicles will contest the two Audi Sport Seyffarth R8 LMS Cup races that will be contested, other than all the other races of the weekend, only on the GP circuit. 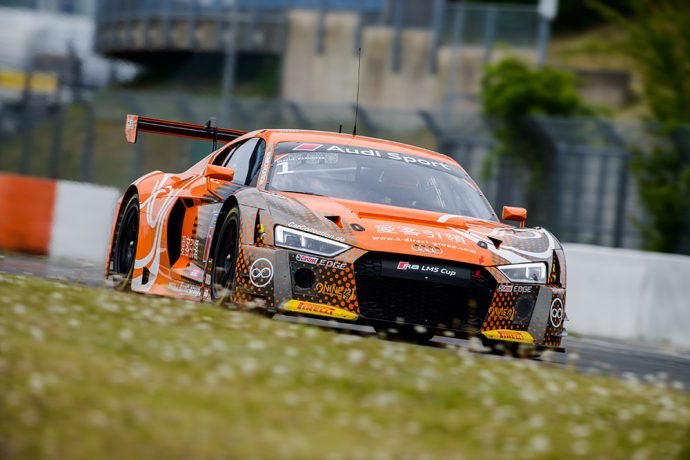 80.000 Sausages and seven to eight tonnes of French fries will be eaten on the four days of the event around the circuit. 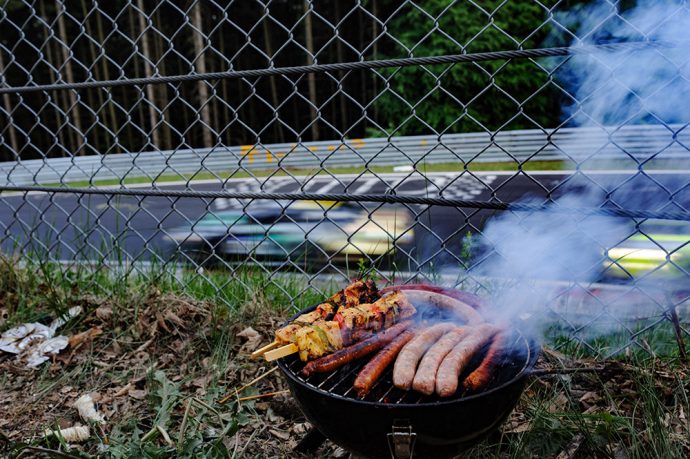 Altogether, some 2500 persons are working in the 24h-Race organisation.