Nicki Thiim’s #2 TF Sport Aston Martin is almost a permanent fixture at the top of free practice timing sheets in this season of British GT, and the story was the same at Donington Park in the sunshine of Saturday morning.

Next up was Silverstone 500 podium finisher and Lamborghini works driver Dennis Lind in the #18 WPI Motorsport entry, with a 1:28.613, just ahead of Jonny Adam in the other TF Sport Aston, who set a time of 1:28.615.

Tom Onslow-Cole has slotted into the Abba Racing Mercedes line-up this weekend in place of Nurburgring 24 Hours polesitter Adam Christodoulou, and he was straight up to speed on a 1:28.750 to put the car sixth fastest in this session. 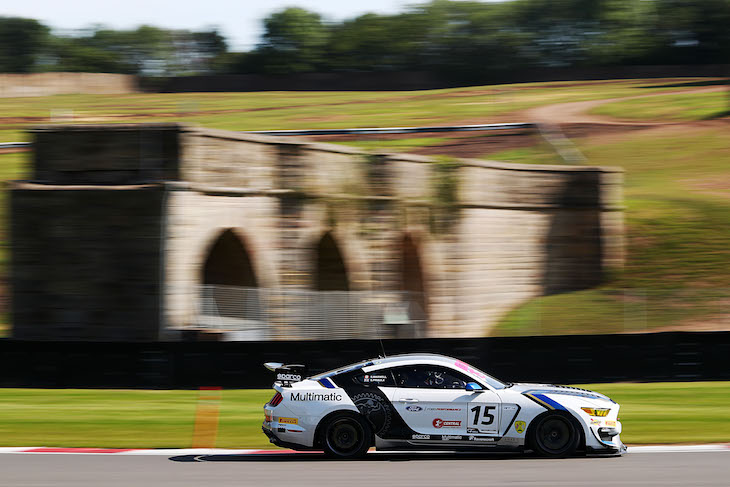 Silverstone 500 victor Scott Malvern was third-fastest in the #66 Team Parker Mercedes on a 1:36.331, ahead of Martin Plowman in the Pro-Am championship-leading #11 Beechdean Aston Martin, who set a time of 1:36.603.

The #44 Invictus Games Racing Jaguar was fourth-fastest, with the Steller Audi fifth and the #4 Tolman Motorsport McLaren sixth.

There were no red flags or other interruptions during the session and the full field made it out for laps.