Balfe McLaren man Rob Bell went fastest in GT3 in a truncated Sunday-morning warm-up session, which ended under red flags after a minor off for the front-row starting #18 WPI Lamborghini, being driven by Michael Igoe.

Bell’s co-driver Shaun Balfe will start the two-hour race from fourth on the grid, determined to capitalise on the potential the team showed at the Silverstone 500, where the 720S was on course for at least a podium finish before an issue with the door delayed the final pitstop.

“I think it’s all open, it’s all there to play for,” said Balfe during warm-up. “A clean start and staying out of trouble is the secret, we’ll be coming up on backmarkers within 10 laps. At least there’s one less stint to worry about shutting the door!” 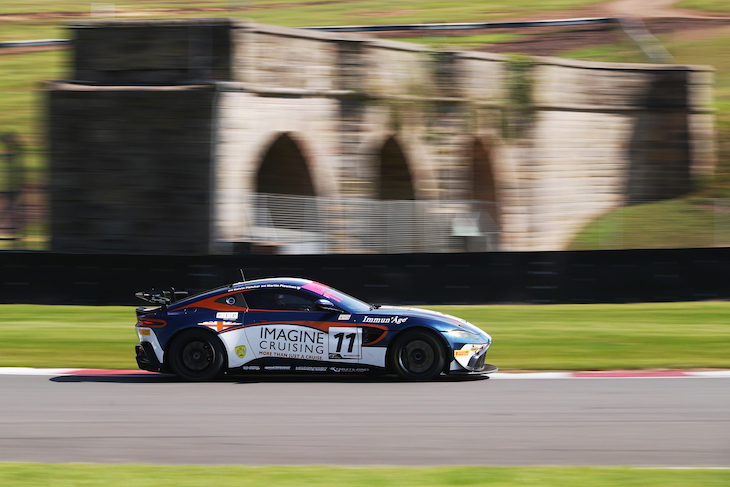 In GT4, the best time was set by Kelvin Fletcher in the #11 Beechdean Aston Martin. Many drivers didn’t get a chance to turn any laps in the sessions, as the red flag came out just after the five-minute mark, just as several cars were coming into the pits for driver changes.

Click here for full warm-up results and here for the race starting grid. 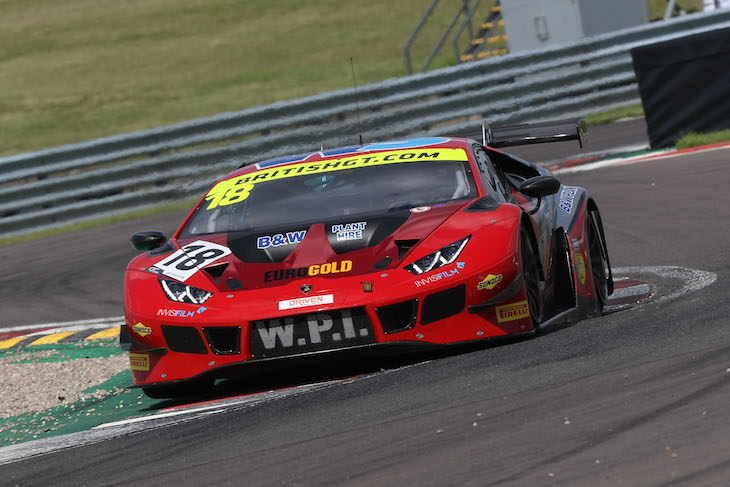 Driving alongside Igoe in the front-row starting WPI Huracan is Lamborghini factory driver Dennis Lind, who took over the Pro seat from Adam Wilcox from the Silverstone meeting onwards.

“We decided to put Dennis in after the Snetterton round, we felt it was the best direction for the team, to bring in a factory driver and a factory engineer,” Igoe told DSC on Saturday. “We feel it’s what the team needs for direction and progression to where we want to go.

“Some of the work is slowly starting to pay off, but it’s a long way to go still. We’re heavy on ballast here; it would be great for us if it rained. I think it’ll be a busy race, with 40 cars and us catching the GT4s within five or six laps. It makes for a busy and tactical race through the traffic, and I think it’s good that every Am has to do a minimum of 60 minutes’ driving. 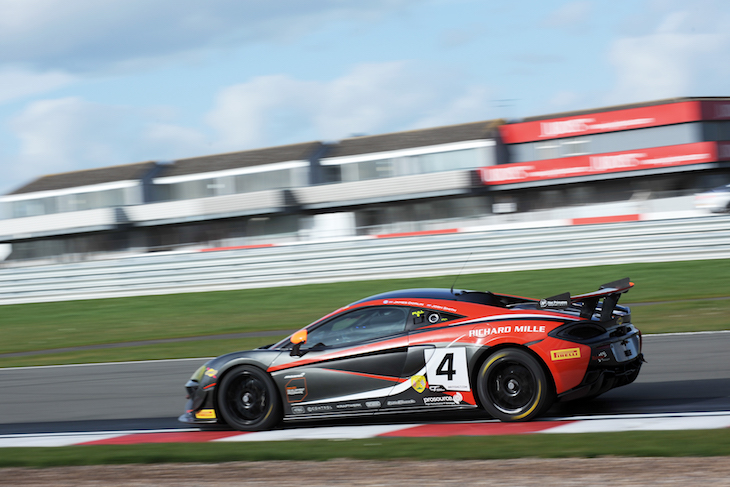 In GT4, James Dorlin and Josh Smith start on the front row alongside the pole-sitting #15 Multimatic Mercedes. The #4 Tolman McLaren (above) crew have unfinished business from the Silverstone 500, where they were on track for victory before a technical issue

“The problem is still being investigated, I just lost power in the car,” Dorlin told DSC during warm-up. “But it’s looking good so far; at the other races, we’ve started further down and were still battling for the lead, here we’re on the front row. I didn’t manage to get a run in warm-up, but Josh did and he says the car feels very good, so fingers crossed!”

Finally, DSC understands that an additional GT3-class Aston Martin will be added to the British GT field for Spa, with a factory driver set to be joined by a significant name from another national GT championship. Official news of the entry is expected in a few days.