The run to halfway saw the #911 gradually draw out a further advantage 3 minutes clear as the race reached 3:30 am.

Behind there were problems galore, some very significant!

The next major drama struck the #705 SCG003C, Thomas Mutsch at the wheel, he was in traffic when the car ahead braked hard, reason unknown, the point of impact saw several aero and bodywork components broken, including the right headlamp cluster, the repairs taking around 15 minutes 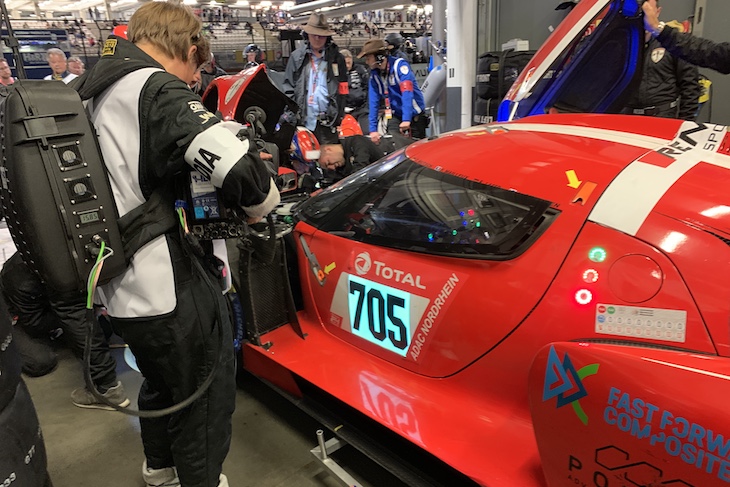 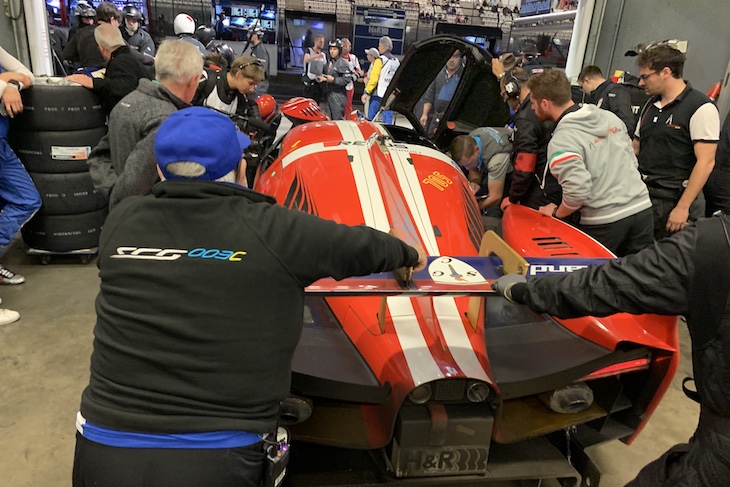 Also in trouble – this time of the terminal sort was the already delayed #1 Manthey Porsche, Richard Lietz involved in a collision with another car at Schwalbenschwanz

“I hope the other driver involved is OK, I’m alright, but the car is broken, that’s racing, if you’re not attacking you’re too slow, push hard and something can happen. “

Also in trouble and stationary out on track is the remaining Walkenhorst BMW M6 GT3, the car in the barrier out on the Nordschleife.

There is however some good news, the once class-leading #170 Hyundai i30 TCR is back out and running after 6 hours of recovery and repair with the front left suspension, rear left suspension, front subframe including the steering rack, cooling package, gearbox, driveshaft, and bodywork, with the engine removed and refitted to allow the other repairs. The car is now in 138th place.

On track the delay for the #705 left the battle for second place between Romain Dumas in the #31 Frikadelli Porsche and Raffaele Marciello in the #48 Mann Filters HTP AMG, Marciello finally getting by the Porsche as the battling pair cleared a slow zone, the AMG man quicker on the loud pedal than Dumas.

The #19 Lexus – in trouble on Saturday evening at Tiergarten, had a further drama with a flash fuel fire on pitlane, the fire was quickly extinguished, the car back into the race.