Sir Chris Hoy is back in British GT this weekend at Donington for the first time since his 2014 campaign in the series with Nissan, a key stepping stone on his ‘Road to Le Mans’ that culminated in finishing the race 17th overall and 12th in LMP2 with Algarve Pro Racing in 2016.

For many ‘amateur’ or ‘gentleman’ drivers, such a result could be seen as an entirely satisfactory way to cap off a foray into the world of professional sportscar racing, but with the competitive instincts that powered him to 11 world championships and six Olympic titles on two wheels still burning brightly, Hoy is far from done with motor racing just yet.

His latest appearance is at the wheel of the #19 Multimatic Motorsports Ford Mustang, driving alongside Ford WEC regular Billy Johnson (below) here at Donington and then again at Spa, where he’ll be paired with Andy Priaulx, father of #15 Multimatic driver Seb.

“I’ve missed British GT, of course,” Hoy told DSC at Donington on Saturday. “There are a few familiar faces around and it’s fun to be back here again, I’m looking forward to it.”

To say Hoy has ‘kept his eye in’ since Le Mans 2016 would be a hefty understatement. As well as regularly competing in Caterhams, he’s raced historics (including a Courage LC75 at the 2018 Silverstone Classic), Aston Martin GT4 machinery and even a near-stock Honda Civic at the 24 Hours of Portimao.

“The Courage was an incredible experience, just awesome,” he says. “It felt quite similar to the LMP2, but easier to drive, as the open cockpit gives you better visibility. It was a privilege to drive in the same race as Audi and Peugeot LMP1 cars, and Colin McRae’s Le Mans Ferrari, an amazing experience.”

Hoy has even looked beyond tarmac, taking in a round of the World Rallycross Championship in Barcelona. That particular outing forms part of a TV project he’s working on with US Network Motor Trend, which sees him try his hand at various different motorsport disciplines. 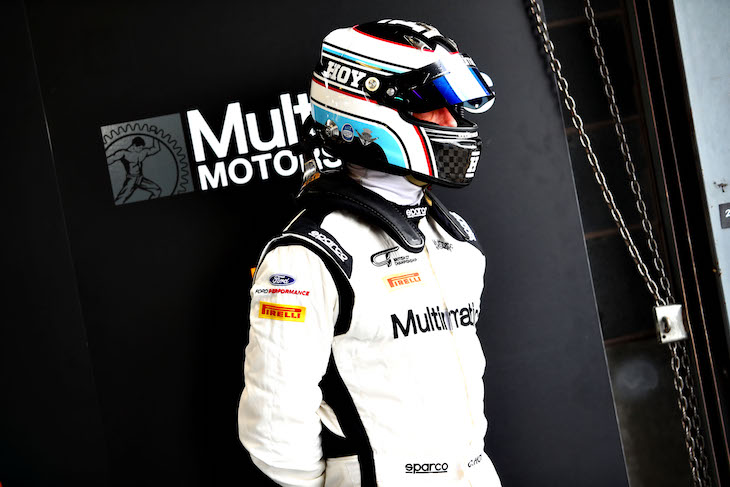 “It’s six different programmes, looking at six different types of motorsport, so there was the rallycross at Barcelona, and I’ll be doing the Porsche Supercup at Silverstone, too. Then I’m doing drifting and some gymkhana stuff, and I just got back last week from doing monster trucks in Sweden!

“It was incredible, at Monster Jam they have three events: a race, which is two laps, with a jump each side; the freestyle, where they do the craziest stuff they can to get the biggest score; and then the two-wheel skills, either wheelies or going up on one side, to demonstrate throttle control.

“I wasn’t fully competing, just giving it a go. It’s some machine, even just doing a straight basic jump, lining up and attacking the ramp, you come to appreciate how much control and skill these guys have. From the outside, it looks like you just floor it and see what happens, but like any other form of motorsport, they’re incredibly skilful.”

Out of everything he’s tried, Hoy says he’s actually found Caterhams most useful for developing his skill as a racer. “You learn so much more about racing there. In one race, you could overtake a dozen times and be overtaken a dozen times, so every lap you’re learning to defend, learning what works for you and learning to read the other drivers. There are no driver aids, so anything you do right will show, as well as anything you do wrong.” 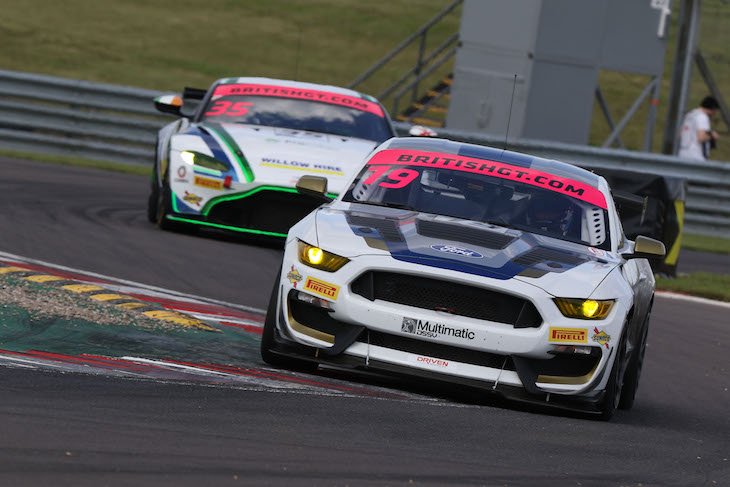 So, amid all this trying different disciplines, is Hoy looking for another long-term goal or target to aim for in motorsport? “I am doing a fair bit of chopping and changing at the moment, but whatever opportunities come my way, I happily grab them,” he explains. “I’d love to do Bathurst and the Nurburgring 24 Hours, and I’d love to go back to Le Mans.

“You learn a lot every race, no matter how experienced you are, but I learned so much doing Le Mans that first time three years ago; I’d love to back and apply what I learned and do a better job this time. Motorsport is still a hobby, not a new career for me, but it’s a passion, I love any form of racing.”

The #19 qualified 14th at Donington on Saturday, but regardless of how things pan out on Sunday, the Olympian has another bite of the cherry at Spa in late July.