HHC Motorsport has become a significant proving ground for young talent in British GT, and one of its charges this year is 22-year-old Maidstone racer Tom Jackson.

Despite his relative youth, Jackson has an impressively varied resume to his name, including seasons in Ginetta Juniors and BRDC Formula 4, as well as LMP3 in the European Le Mans Series, Aston Martin GT3 outings in the Gulf 12 Hours and Le Mans support race and a couple of appearances in Carrera Cup GB to boot.

For 2019, he’s at the wheel of McLaren’s 570S GT4 in British GT, sharing the #58 HHC entry with Luke Williams. It has been, in Jackson’s own words, an ‘up and down’ season so far, with a podium in the season opener at Oulton Park and a series of top 10 finishes secured, but a deficit in the points to the car on the other side of the garage, which leads the championship going into Donington.

“Luke and I have been quite consistent through all of it, we’re there or thereabouts,” Jackson told DSC on Saturday at Donington. “It’s a slightly different car to what I’ve previously driven, so I think the start of the season was about learning how to get the maximum out of it. It’s been an interesting journey doing that, but we’re slowly getting on to a good trajectory now. 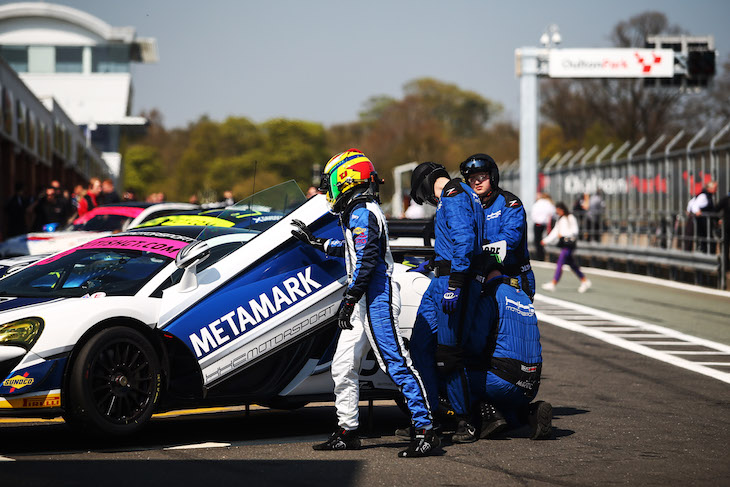 “Other cars I’ve driven haven’t had traction control and ABS, so understanding how to maximise those systems, how to trust them, is the main thing to get my head around. It’s a cool car, McLaren has done a cracking job with it. Our aim is always to be the best of the McLarens; we’re trying to beat our team-mates in the #57 and the Toleman cars. There’s still a little to come from me and Luke as well, just a bit more learning.

So is Jackson viewing this as a learning year, with a view to a full-on title tilt in 2020? Partly, yes, but he’s also keen to move up as soon as possible. “I’m enjoying it, British GT is a cool series to race in,” he said. “It depends how the season pans out, but I’d love to do something in the 720S GT3 next year, and I know HHC would love to as well. I’m not going to say no if it’s the GT4 again, but having raced the GT3 Aston, I think that class suits my driving style a bit better, it’d be a nice step for me.”

Regardless, any time spent on track with the fiercely competitive 2019 GT4 grid is a valuable learning experience for Jackson. “It’s so competitive, at Snetterton my lap was four tenths off the pole and that put me eighth on the grid,” he remembers. “That’s the level of competition you see in Europe in Blancpain GT or ADAC GT Masters. It’s good that it’s so competitive, with so many youngsters trying to push their careers forward; that really pushes me and the team to work hard and outpace everyone.” 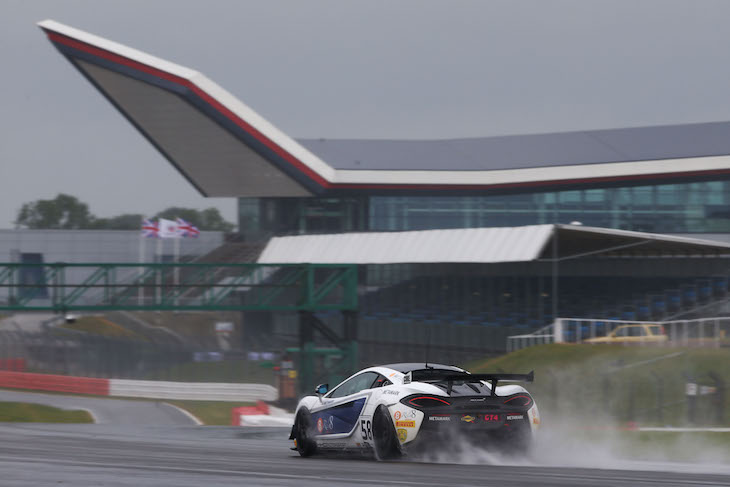 Underpinning everything Jackson does in motorsport is a simple desire to enjoy his racing. “I and my old man started in this as ‘lad and Dad’ and I thought it would be way too serious to get to F1. I just want to enjoy my driving and racing. Doing the Aston support race a Le Mans was great, as was the ELMS season. I’ve loved what I’ve done so far and I now have a nice broad spectrum of cars I can get into and be on the pace straight away. As long as I’m enjoying it, I’m happy.”

Jackson and Williams’ car starts Sunday’s two-hour race at Donington from 17th place in GT4, with the duo currently sitting seventh in the overall GT4 standings and fifth in the Silver Cup rankings.