Last weekend’s Nürburgring 24 Hours served up quite a finale. After so much drama through Saturday afternoon and the night hours, Sunday morning’s events kept everyone guessing.

So many contenders hit trouble or suffered poor luck, and by the end just two cars were left battling for the win, the #4 Phoenix Racing Audi R8 LMS and the #911 Manthey Racing Porsche 911 RSR.

On pace, the race was Porsche’s to lose, and after the initial melee, it looked as if the #911 may go on to take a comfortable win. Michael Christensen, Earl Bamber, Kevin Estre and Laurens Vanthoor were fast and clean, building a lead of over two minutes, while the rest of the SP9 field squabbled over the remaining spots in the top 10.

The quartet led for 14 hours of the race and looked untouchable, but up and down the order, it was a race that seemingly nobody wanted to win, with class leads changing, often hourly, throughout. And so, with just a few hours to go, the race was turned on its head at the front of the field, the Porsche handed a five-minute 32-second stop-and-hold penalty for speeding in a slow zone. It was an honest mistake by Laurens Vanthoor (who was clocked at 172km/h in a 120km/h zone), but a mistake nonetheless, and it left the door open for Team Phoenix’s #4 R8 to take the lead for the first time with time winding down.

“It’s been a rollercoaster of emotions from last weekend until now,” Estre, who sealed the FIA WEC GTE Driver’s World Championship at Le Mans earlier this month, told DSC. “That’s the way it is. Porsche finished second in Le Mans and second here.

But Estre remains supportive of his teammate, who he says would have been prepared for the speed-restricted zone had the car not been carrying an issue.

“It’s his mistake. The radio also wasn’t working which didn’t help, otherwise, he would have been warned,” he revealed. “It’s part of the game. Laurens felt really bad, he still feels bad. But we have to support him. It’s tough for everybody but that’s the way it is. 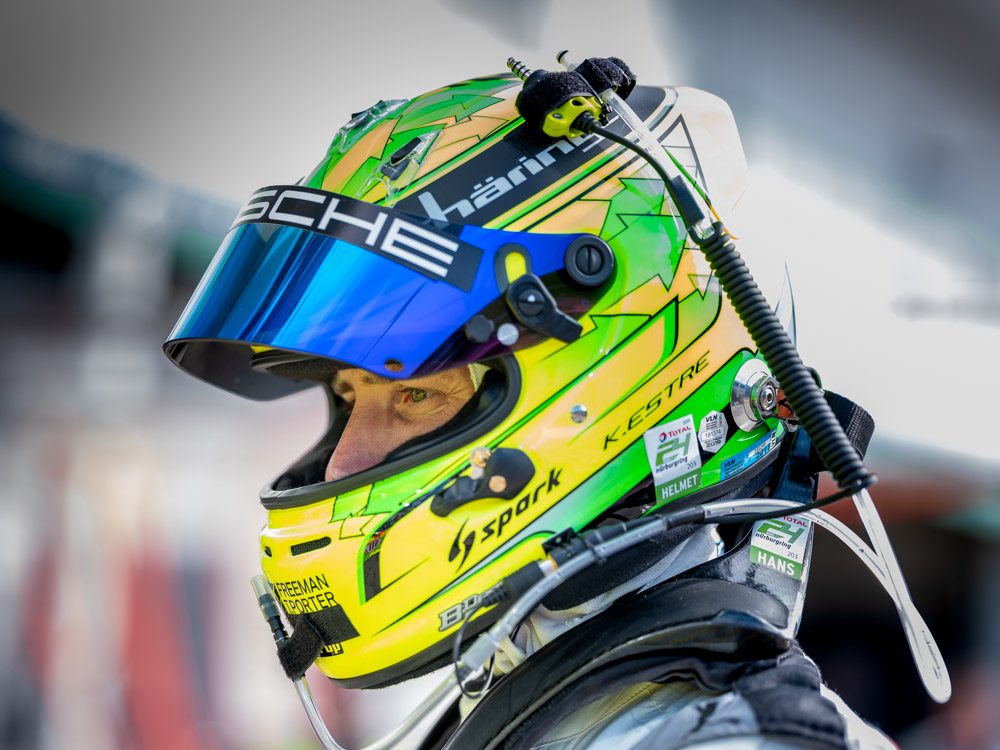 “He came out of the car, he had a meeting with the team manager, then came to us, to Michael and me, and he said he thought he f**ked up. He saw the flag too late, he braked but he overtook so it was done. Then we were just waiting two or three hours to get the penalty.”

And so, after serving the penalty, the #4 Audi inherited the lead, and it was down to Frederic Vervisch and later Dries Vanthoor to bring the car home.

Just keeping the car on the island though, was a task all the way to the end Vanthoor said.

“It was such a tough race, even in my last stint, I almost hit a slower car twice,” he explained.

“It demands a lot of you mentally and physically. 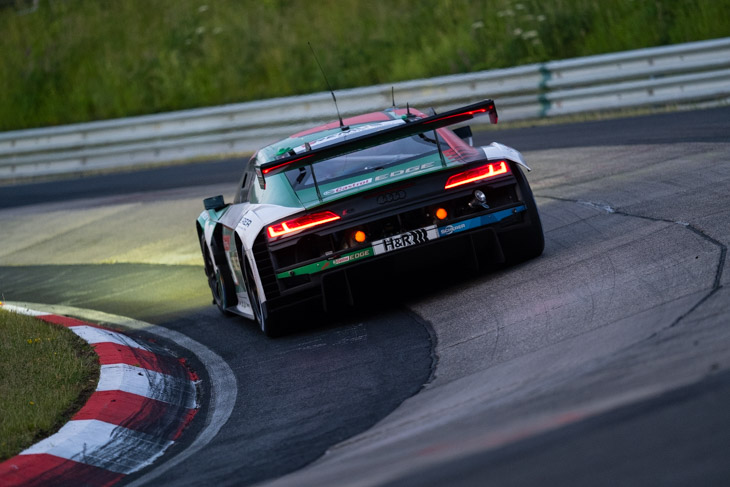 “During the race, we weren’t the favourites to win. The Porsches and Mercedes were very strong. We were fast but weren’t rapid. So we had to fight really hard to get a victory at the end.”

Vanthoor is young, and relatively new to GT racing, but already has a glowing CV, his N24 win adding to his previous GTE Am class win at Le Mans in and an overall win in the Bathurst 12 Hour. The biggest race left on his GT bucket list to win is the Spa 24 Hours, and he’ll have a shot at that next month!

“Racing is part luck, and unfortunately Laurens (his brother) made a mistake which is part of racing,” he said. “I’m happy with my performance, and how the team ran its race. That’s what’s most important. Audi gave us a good car to fight for the victory.

“I have age on my side, I’m only 21 so hopefully there are a lot more years for me, and for the moment I’m happy with Audi. I hope to start something nice and win all the big races together.” This one means a great deal to Kaffer, who has come close so many times. The 42-year-old has so many big wins to his name, but no overall victories in the Nürburgring 24 Hours So to take the win now on home soil, in the final stages of his career, makes it all the sweeter.

“I feel sorry for Laurens, he didn’t do it on purpose. To not see the flag or board it’s easy to make that mistake, especially if you are concentrating on a slower car,” he said.

“I’ve grown up in this area, and finished second many times, I’ve never finished atop the podium. This year it was an incredible race, we did the job. Our speed wasn’t there, but our car was solid and the whole Audi Sport family worked together and that was our strategy.

“For me, the circle is closing. I remember my first big victory was with Audi in 2004 at Sebring. Now here at the Nurburgring I’ve won with Audi. It’s a very nice story and I remember also very well winning the 1000km race here at the ‘Ring. I’m feeling really happy now.

“I hope there are more wins to come for me with Audi, I am already looking forward to driving again.”