It was 50 years ago last Sunday, June 23, 1969, when the articles of incorporation for the International Motor Sports Association were filed in Connecticut.

The International Motor Sports Association (IMSA) was founded in on June 23 1969, by John Bishop with the assistance of NASCAR President Bill France Sr. Bishop was a 12-year employee of the Sports Car Club of America (SCCA), who elected to follow his own vision for professional road racing. Bishop and his wife, Peggy, brought a family-style feel to the organization, based first in Fairfield, Connecticut and later in Bridgeport, Connecticut. 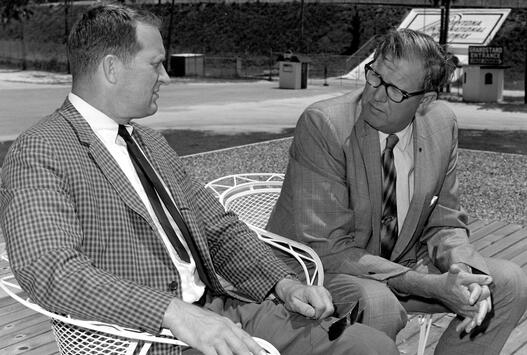 The first IMSA-sanctioned race was at Pocono International Raceway on Oct. 19, 1969, a Formula Ford and Formula Vee event that paid $3,000 and attracted 348 spectators. Bishop abandoned his plans for open-wheel competition by the end of 1970, concentrating on forming a six-race series in 1971 for FIA Group 2 and Group 4 sports cars, along with “Baby Grand” sedans.

That series became the IMSA GT Series. The R.J. Reynolds Tobacco Company began sponsoring what became Camel GT in 1972, and the series quickly gained in popularity. Bishop’s vision of adding prototype sports cars in the early 1980s proved to be a huge success, and the series thrived throughout the 1980s with many of the top names in U.S. and international sports cars battling on North America’s top road circuits in Porsche, Jaguar, Ford, Nissan, Chevrolet, Buick, Pontiac, Mazda and Toyota Camel GTP Prototypes. 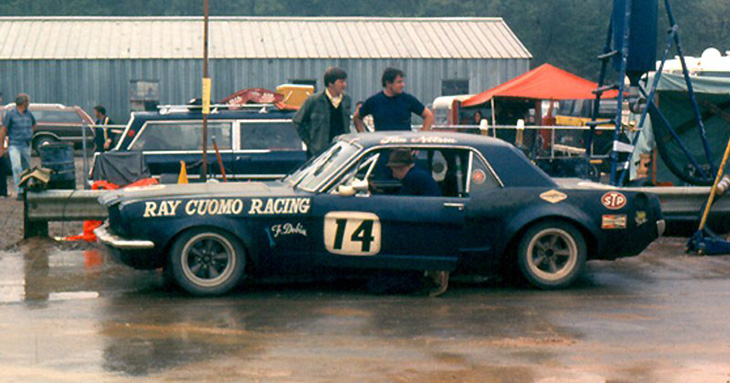 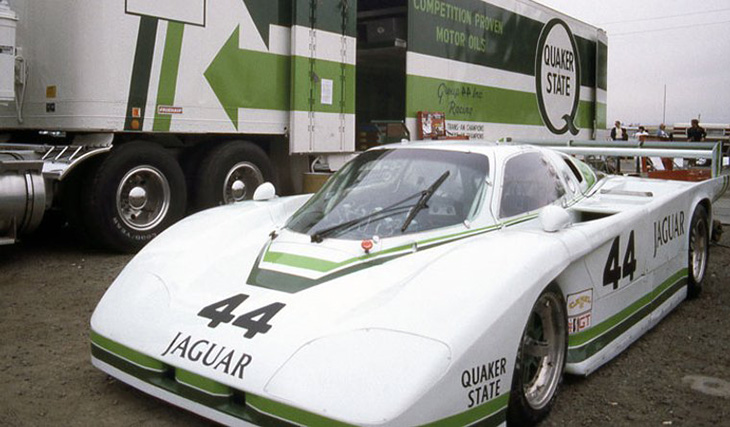 Bishop sold the organization to Florida businessmen Mike Cone and Jeff Parker in 1989, and the company was relocated to Tampa, Florida. With a sharp drop in participation in the GTP class due to a challenging worldwide economy, IMSA announced a shift to a revolutionary concept for 1994, introducing the World Sports Car, an open-cockpit prototype.

There were many additional changes for 1994. Florida businessman and GT racer Charlie Slater purchased IMSA. Exxon USA took over sponsorship of the series, which became the EXXON World Sports Car Championship, while GT competition took place in the EXXON Supreme GT Series.

In September 1996, the International Motor Sports Group, a conglomerate including Roberto Mueller and Andy Evans, purchased IMSA and changed its name to Professional SportsCar Racing for 1997. 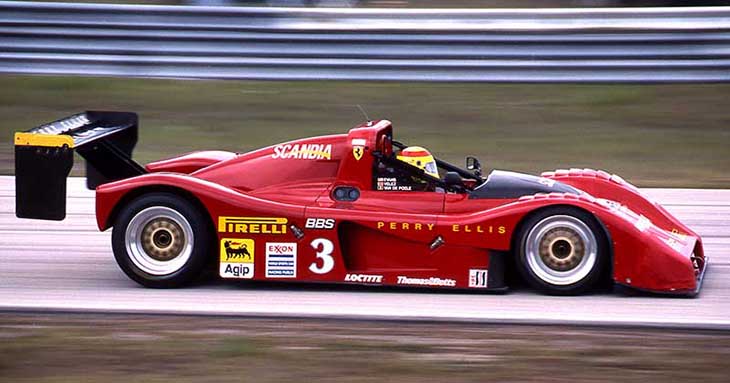 Many changes took place over the following three years. The United States Road Racing Championship (USRRC) sanctioned races with the assistance of the Sports Car Club of America in 1998/99.

While originally affiliated with the USRRC, Don Panoz departed to hold the inaugural Petit Le Mans endurance race at Road Atlanta in 1998. He expanded that concept into a full series in 1999, the American Le Mans Series. 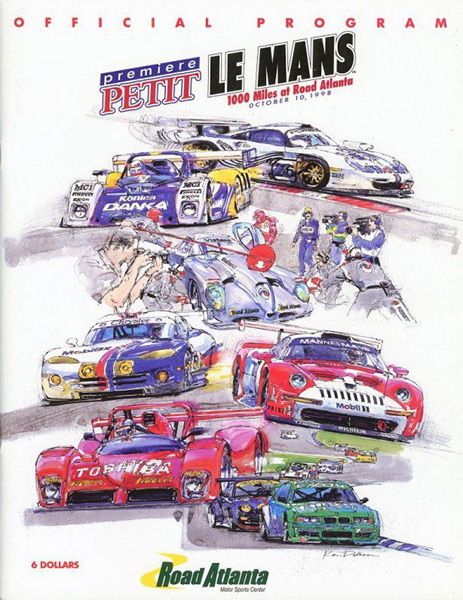 He envisioned bringing European-style endurance sports car racing to America, highlighted by the 12 Hours of Sebring and Petit Le Mans. Panoz also acquired rights to IMSA, which became the sanctioning body for the organization. 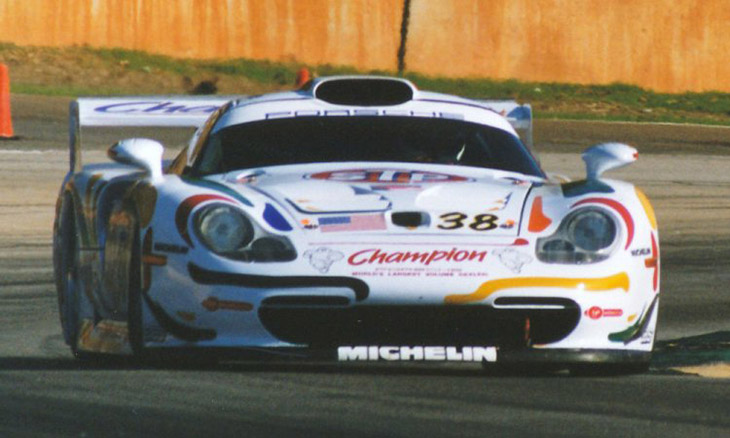 Without a sanctioning body for Daytona International Speedway’s flagship road race, the Rolex 24 At Daytona, Jim France put together a team of investors who shared his vision for a new North American sports car championship to carry on the legacy of the series co-founded by his father, Bill France Sr., 30 years earlier. GRAND-AM Road Racing, with John Bishop as its commissioner, debuted with the 2000 running of the Rolex 24 At Daytona and ran its opening three seasons with similar classes to the ALMS.

From its birth in 1999, the ALMS proclaimed its racing “For the Fans,” and built a loyal group of followers. The series later undertook a number of initiatives to become recognized as the Global Leader in Green Racing, gaining both national and international recognition for its Green Racing protocols.

GRAND-AM took a radical step when it introduced the Daytona Prototype as it’s lead class beginning in 2003. The new car became popular with both fans and drivers for its durability, affordability and safety and most especially for the close competition, it offered. The DP attracted competitors from NASCAR, IndyCar and international sports car racing, especially for GRAND-AM’s marquee events at Daytona, Watkins Glen and Indianapolis Motor Speedway.

While both series were successful on their own, it became apparent that they would have to combine in order to grow the sport. The two groups announced in Sept. 2012 they would merge into one organization beginning with the 2014 season. Fittingly, it was also announced that the name for the sanctioning body that would administer the united series would be called “IMSA.”

IMSA’s WeatherTech SportsCar Championship opens annually with a pair of the world’s most prestigious endurance races, the Rolex 24 At Daytona in January and the Mobil 1 Twelve Hours of Sebring presented by Advance Auto Parts, building on the vision of John Bishop and Bill France Sr. from 50 years ago.

Here’s a closer, decade-by-decade look at the evolution of IMSA and sports car racing in the United States.

In 1973, Hurley Haywood and Peter Gregg co-drove a Porsche 911 RSR to victory in the 24 Hours of Daytona and the 12 Hours of Sebring. The Daytona victory was the first international triumph for a 911-based Porsche, beginning a long and successful legacy.

While the models may have changed from the exotic 917K to the production-based 911 RSR to the turbocharged 935, Porsche served as the common denominator for winning cars in the endurance classics at Daytona International Speedway and Sebring International Raceway through the 1970s.

“The 911 was, and is, a great car to drive,” said Haywood, who scored four of his five overall Rolex 24 victories in that production-based car. “Back then, it was the car to drive because of its reliability. It was a really strong car, while the competition was not quite as reliable. The Porsche was not necessarily the fastest car on the racetrack, but it was certainly the most reliable.”

The decade began in the aftermath of the scintillating Ford vs. Ferrari battles of the 1960s. While those exciting prototypes were eventually legislated out of competition, Porsche offered its 917K. John Wyer prepared winning cars for Pedro Rodriguez in both the 1970 and 1971 Daytona races, while Vic Elford and Gerard Larrousse won the 1971 Sebring event in a Martini & Rossi entry. Ferrari continued the heritage of the Sixties in the 1970 Sebring event, won by a team led by Mario Andretti in a 512S.

For 1971, the world governing organization, the Federation Internationale de l’Automobile (FIA), moved from a five-litre to three-litre formula, making the Porsche 917 and Ferrari 512 obsolete. It also wanted to make all races (with the exception of the 24 Hours of Le Mans) six hours or less. Daytona experimented with the six-hour distance, while Sebring kept its traditional 12 hours, but both had the same winners, Andretti and Jacky Ickx in a Ferrari 312PB.

Both of the Florida races also had the same winners in the GTU class for smaller displacement production-based cars, Gregg and Haywood in a Porsche 911. That was no surprise, Porsche 911s won in class in the four 24-hour races at Daytona from 1966 through 1969.

Five prototypes dominated the field for the 1973 Rolex 24, but it was a pair of Porsche 911 RSRs that dominated the race. Gregg and Haywood took the overall checkered flag for Brumos Racing when a similar RSR fielded by Penske Racing had a mechanical problem. Haywood and Gregg backed up their victory at Sebring, in a different RSR fielded and co-driven by Dr. Dave Helmick.

After both races were skipped in 1974 due to the international fuel crisis, Gregg and Haywood repeated at Daytona in a Brumos RSR, which was the first time IMSA sanctioned the twice-around-the-clock race. BMW briefly took the limelight at Sebring in 1975 and Daytona in 1976, but Porsches dominated both classics for the remainder of the decade, driven by either Haywood or Gregg in many cases.

“They were very reliable,” said Frisselle, whose sons Burt and Brian later co-drove Daytona Prototypes in both GRAND-AM Rolex Sports Car Series and IMSA WeatherTech SportsCar Championship competition. “It was basically a customer car. You could buy one and take it to the race. The only cars that could race against them were Corvettes and Ferraris, and they were not quite reliable. I was used to racing other cars, but you had to basically build them from scratch.” 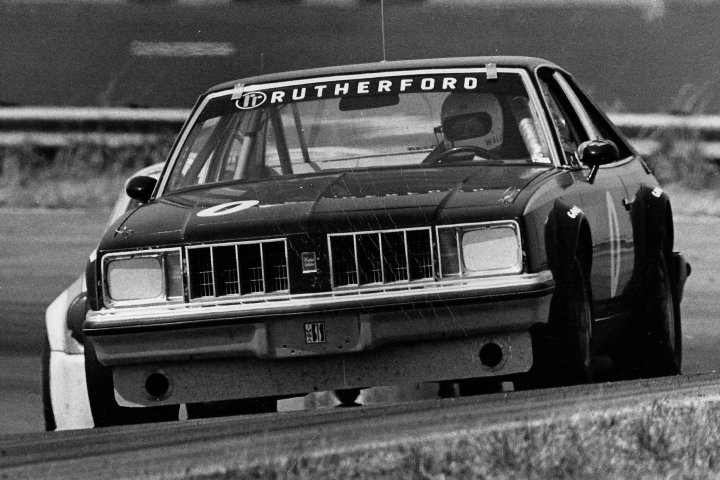 Porsche’s reliability trumped tough competition throughout the decade. John Greenwood captured the pole and turned the fastest race lap at Daytona in 1975 in his Corvette, a showroom car that he rebuilt with plastic and space-age materials. It led throughout the opening hour, only to succumb to a series of overheating issues eventually traced to the failure of a $3 part that could have been replaced in two minutes. Greenwood’s Corvette also took third overall in the 1973 Sebring 12 Hours.

In 1976 and 1977, Al Holbert won back-to-back IMSA GT titles in a Dekon Chevrolet Monza. Holbert would go on to legendary status as an IMSA driver, especially in the mid-1980s through dominating performances in Porsche 962s.

A Ferrari 365GTB Daytona took second overall in the 1979 Rolex 24. The car was driven by John Morton and Tony Adamowicz in honour of car owner Otto Zipper, who died suddenly the day before the race. An all-women team of Janet Guthrie, Lyn St. James and Bonnie Henn finished 17th in the 1979 Sebring race in a Ferrari Daytona.

At the end of the decade, Yojiro Terada led a factory lineup that finished fifth overall and first in GTU in a rotary-powered Mazda RX-7, setting the stage for that car’s success in the following decade. 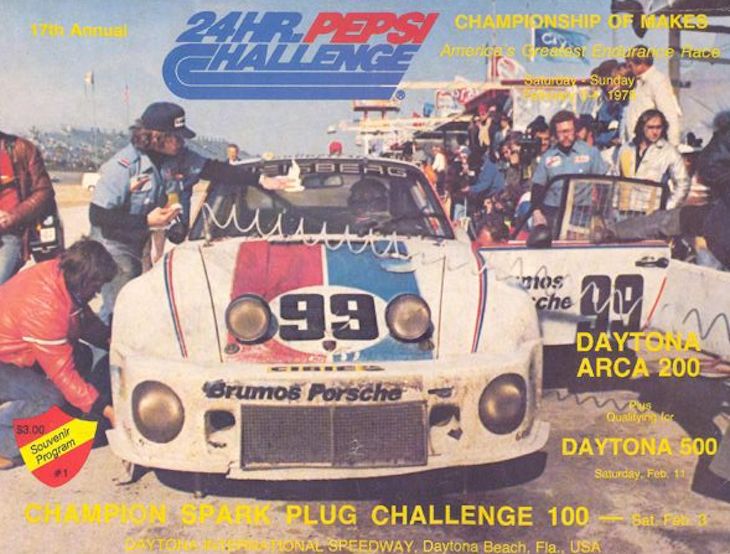 The Seventies had a few odd moments. The aforementioned 1974 fuel crises cancelled both races, although thousands of fans still went to Sebring for their annual celebration. The 1976 Daytona race was red-flagged for nearly four hours due to contaminated fuel, then turned back the clock one hour upon restarting the race. The race was still 24 hours in duration, though.

The 1976 Daytona race also included a number of NASCAR stock cars, part of the “Grand International” class added to that year’s races at Daytona and Le Mans. Porsche swept the top-five positions in the 1977 Daytona race, with the streak broken by a Ferrari co-driven by famed actor Paul Newman.

Porsche’s dominance didn’t end with the close of the decade. Variations of the 935 won at Daytona through 1983 and at Sebring through 1984 (including a 934 in 1983). Mauricio DeNarvaez’s victory at Sebring in 1984 was not the end of Porsche’s domination, it was merely a changing of the guard.