After the massively impressive megabucks efforts of VW Motorsport and the spectacular ID.R electric prototype last year with heir record-breaking 7min 57.148 on the awe-inspiring 12.4 mile course, the Pikes Peak International Hill Climb in 2019 was very much back to its roots, with a winner that owed much more to grit, determination and the ‘garagiste’ spirit than to factory-backing and R&D. 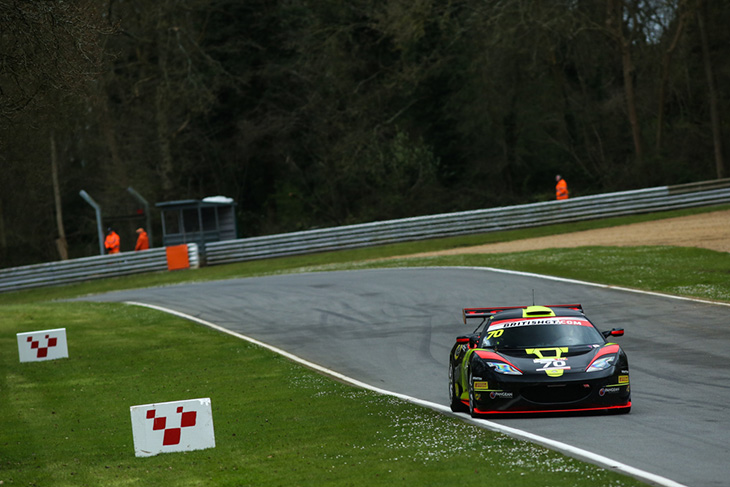 The UK’s Robin Shute has been around racing for some time, a one-off appearance in the British GT Championship in a Stratton Motorsport Lotus Evora GT4 the one appearance previously on DSC (above), though more recently he’s been involved with Atlantic Racing’s efforts to bring the Adess 03 LMP3 to IMSA Prototype Challenge. 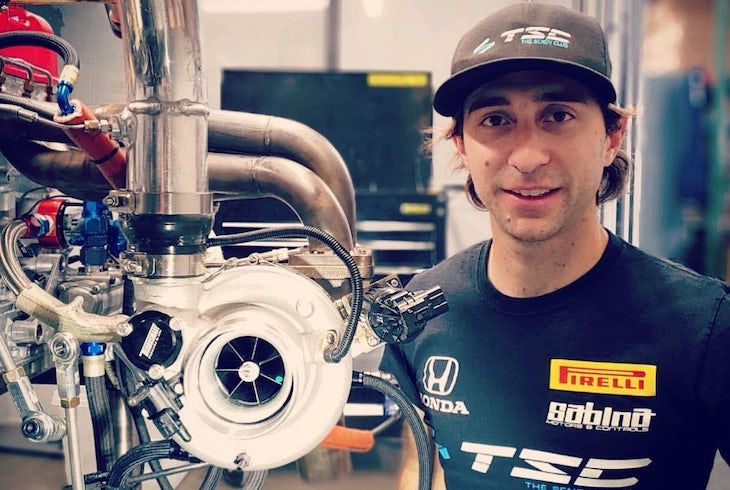 Single seater racing stateside has been the more recent forte, coupled with a couple of prior runs at Pikes Peak, starting with the Faraday Futures development all-electric SUV in 2017. 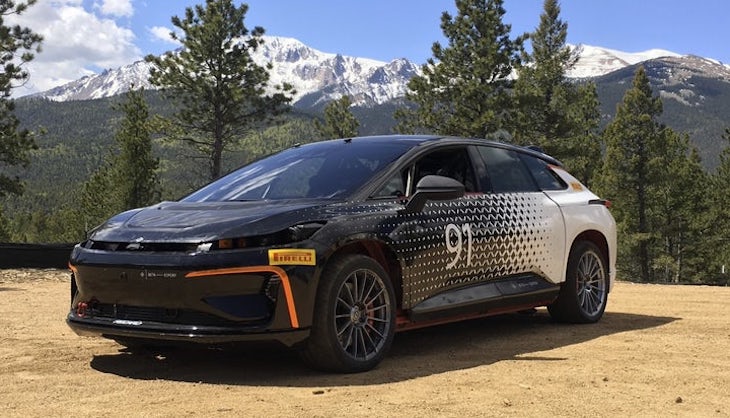 With that programme shelved, but the Pikes Peak bug having firmly bitten, Shute and his loyal band at the self-styled ‘Sendy Club’ team beavered away at developing their 2-litre HPD turbo-powered Wolf GB08, 600bhp or so at the start line, somewhat less in the clouds!

The car raced at Pikes Peak last year but weather closed in and the full run could not be completed.  It did so again this year, but the Wolf was on the other side of the weather equation this time, one of 48 entrants to complete their full run before the rain hit, and a 9:12.476 will stand as the winning time for the competition this year, Shute the first ever British overall winner of the event.

Amongst other notable results, the 10:18.488, good enough for 14th fastest overall from Rhys Millen smashed the outright production car record with the Bentley Continental GT3.

Fastest GT car of the day and second fastest overall (9:23.721) was Raphael Astier’s much modified Porsche 911 GT3 Cup, with some of the mods provided by Romain Dumas’s tuning company! 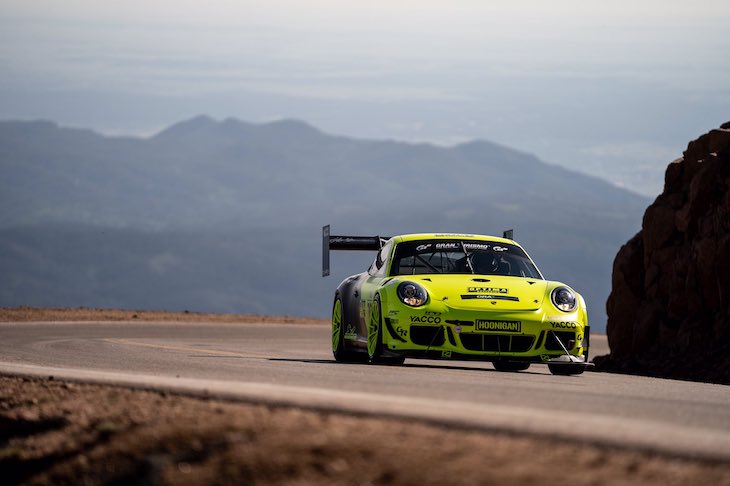 The Toyo-tyred Flying Lizards McLaren 650S GT3 of Clint Vahsholtz put in a solid performance, second in the Time Attack class to the Astier Porsche, 8th fastest overall with a 9:48 and James Clay, having played a substantial ‘assist’ in Bimmerworld’s second-place finish at Watkins Glen on Saturday, took to the hill in a not dissimilar BMW M4 GT4 to place 6th in the Time Attack class in a 1:39.786. 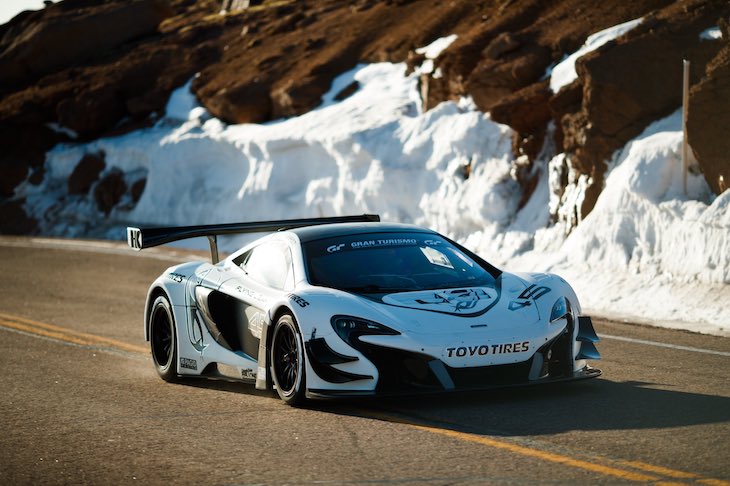 The event was marred by the death of motorcycle racer and four times Pikes Peak Champion Carlin Dunne after a crash towards the top of the course.