This weekend, three new entries into the 48th SMBC/BH Auction Suzuka 10 Hours were announced, with Blancpain GT World Challenge Asia frontrunners Craft-Bamboo Racing leading the charge alongside fellow Blancpain Asia competitors Arrows Racing, and Australian based Wall Racing also added to an entry list that now stands at 40 cars for the fourth round of the 2019 Intercontinental GT Challenge on August 25 at Suzuka Circuit.

Craft-Bamboo Racing entered last year’s Suzuka 10 Hours as a Porsche customer team, but switched allegiances to Mercedes-AMG this off-season. Jeffrey Lee and Alessio Picariello won for the accomplished Hong Kong-based team at the most recent Blancpain GT Asia round at Suzuka. They’ll bring one car to the 10 Hours with a driver lineup to be confirmed at a later date.

Malaysian-based Arrows Racing will enter a Honda NSX GT3 of their own from the Blancpain Asia series. Hong Kong’s Philip Ma, and Macau’s Alex Lic Ka Liu, will drive their #98 Honda with a third driver to be announced. 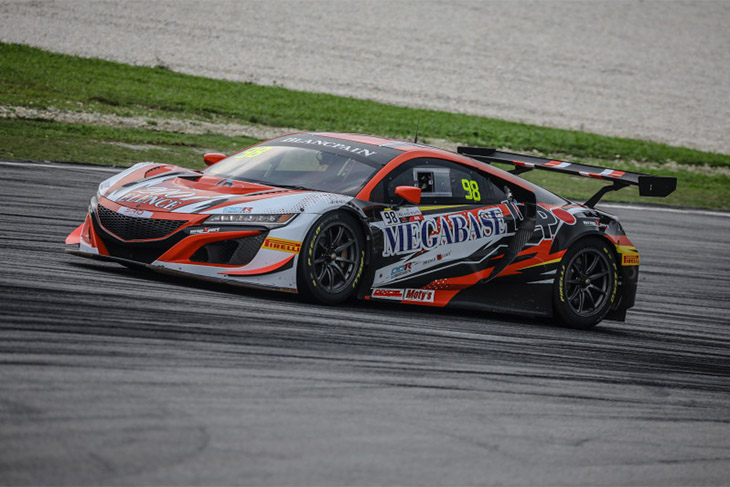 A third Australian-flagged entry arrives via Wall Racing and their #6 Lamborghini Huracán GT3 which finished 12th overall, 4th in the Pro-Am class, at this February’s Bathurst 12 Hour race. Adrian Dietz, Cameron McConville, and Tony D’Alberto will make up their Pro-Am lineup for Suzuka.

Among the other changes to the entry list are confirmation that Earl Bamber Motorsport (EBM) and Absolute Racing will enter only one Porsche 911 GT3-R each, instead of two as listed previously. EBM’s number 911 Porsche will be driven by Sven Müller, Romain Dumas, and Mathieu Jaminet, while EBM’s Bathurst-winning trio of Dirk Werner, Dennis Olsen, and Matt Campbell will drive Absolute Racing’s number 912.

Among the other teams still yet to announce their driver lineups as of today are the two Team JLOC Lamborghini Huracán GT3s, and the two McLaren Customer Racing Japan 720S GT3s run by Team Goh Motorsports.

Nick Foster’s co-drivers at HubAuto Racing have yet to be confirmed, though one likely option could be Nick Cassidy, who’s joining the team for the 24 Hours of Spa. The last driver slot at the #108 Bentley Team M-Sport entry is still a work in progress, plus that of the #60 LM Corsa Porsche 911 GT3-R alongside Super GT legend Juichi Wakisaka and his cousin Shigekazu.