The Spa 24 Hours is right around the corner. Over the past two days, 60 of the 72 cars that are set to take part in the 71st edition of the race have been out testing at the Belgian circuit.

On this occasion, it was Dinamic Motorsport’s Porsche that led the way in the times with a flying lap set on Wednesday.

Unfortunately, though, neither day ran incident free, with multiple incidents, some heavier than others, interrupting the sessions.

The first day at Spa was headlined by the times set by the Team Bernhard Porsche and SMP Racing Ferrari. 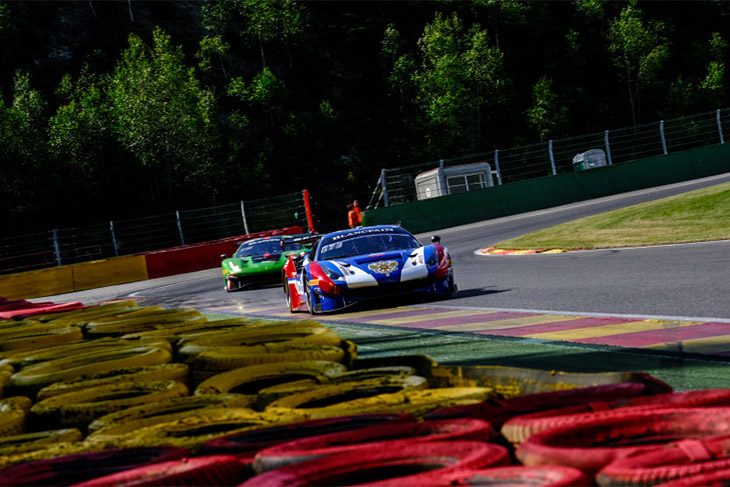 The Bernhard Porsche set the early benchmark. A lap of 2:19.257s put the team’s 911 GT3 R, which will be driven by Tumo Bernhard, Laurens Vanthoor and Earl Bamber in the race, atop the times in the morning.

A total of 58 cars logged laps during the morning, which ran with only one interruption, caused by an accident that ended the #00 Goodsmile & Type Moon Mercedes-AMG’s participation for the day. It was a huge off for the Japanese team, which also suffered a big incident on its Spa 24 debut in 2017. And it forced them to change chassis for Wednesday’s action

The five-hour afternoon session saw SMP Racing take over the reins at the top. The #72 crew of Mikhail Aleshin, Miguel Molina and Davide Rigon currently lead the Endurance Cup drivers’ standings and went quickest with their Ferrari 488.

A lap of 2:19.127s saw the SMP car edge out the #42 BMW Team Schnitzer effort and top the afternoon and overall times, while the Team Bernhard Porsche remained second-quickest overall after its flyer in the morning.

The five hours of track time in the afternoon was disrupted by a number of red flags. The longest of these was called for an accident for the #63 Grasser Racing Lamborghini, driven by Mirko Bortolotti, which crashed at Radillon. Thankfully, Bortolotti was ok.

The fastest time of the test was set on Wednesday morning by a 911 GT3 R, but it was not the Team Bernhard example that spent much of Tuesday at the top end of the timing screens. Instead, it was the #54 Dinamic Motorsport 911 GT3 R that ended up fastest, with its best effort of 2:18.833s proving to be the outright benchmark. 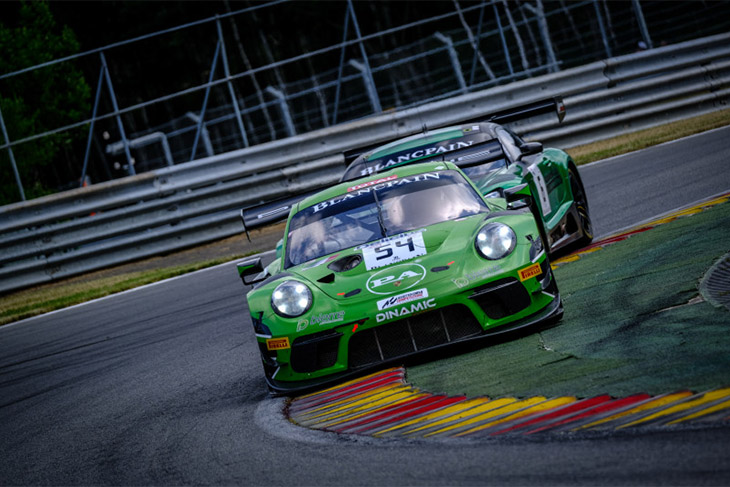 The #74 Pro-Am class Ram Racing Mercedes ended up second on Day 2, and second in the overall times with a 2:19.019, pushing the #72 SMP Racing Ferrari to third in the combined rankings.

The #34 Walkenhorst BMW ended up fourth in the combined times, with the #9 Boutsen Ginion BMW completing the overall top five and finishing fastest of the AM runners. The #27 Daiko Lazarus Lamborghini set the pace in the Silver class.

As expected, it was incredibly close, the top 22 cars all within a second after the four sessions.

Before the pace picked up with a flurry of fast times towards the end of the day it appeared that Bentley Team M-Sport would end up with the fastest time on Day 2. Its #107 Continental GT3 led the way with a time of 2:19.316s. But by the end of the day the car would slip to fifth fastest.

It was an important two days for the team, which is preparing four Pro cars for this year’s race, which it hopes to win for the first time on its centenary year. As for most teams, fighting for the best time wasn’t a priority, instead, set up work and circuit acclimatisation was top of the to-do list.

These two days gave Bentley a chance to put its selection of guest drivers through their paces in the new Continental GT3. Among them was Pipo Derani, the Brazillian, who will be driving with Lucas Ordonez and Andy Soucek, got plenty of laps in before shifting his focus on the trip to Canada for this week’s IMSA race at CTMP.

The test also saw an ‘unexpected’ (and rather peculiar) arrival on Tuesday morning when ‘Herbie’ took to the track along with the GT3 cars that were contesting the opening session. Carrying #53, the VW car managed to complete two full laps of the 7km circuit before returning to the pits.

This morning a ‘reveal took place of a Porsche 911 GT3 Cup MR car modified to look like the Volkswagen Beetle – this car will beome the 73rd entry for the race!

It was part of a project that will see “Juliet” join this year’s Total 24 Hours of Spa as an invitational entrant. The car will take the start to celebrate the 50th anniversary of the first Herbie film, which was released in 1969. 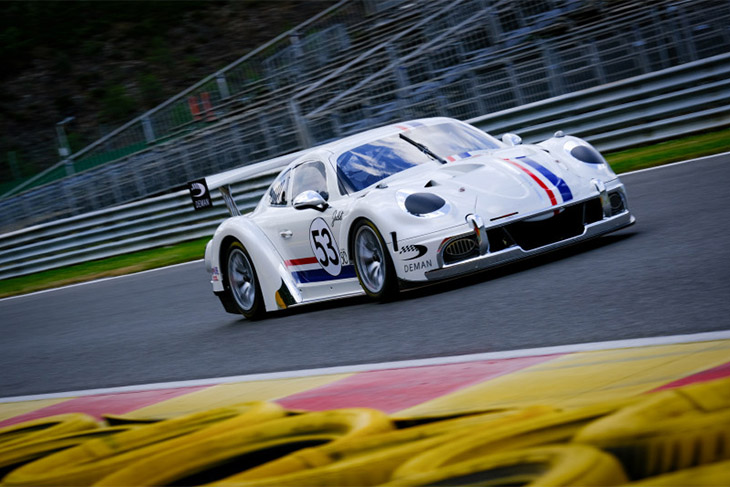 The programme came together thanks to the work of Michel Deman, a local specialist in exceptional cars, and former racer Pascal Witmeur. The car will raise funds to support the VivaCité (RTBF) “Viva for Life” project and “Kinderarmoedefonds.be”.

On a rather more negative note, there were more incidents on day two. The biggest was the #29 Raton Racing Huracan GT3, which like the #63 Huracan on Tuesday, suffered a big off at Raidillon which significantly damaged the car.

With the test days complete, the countdown to race week has now begun. It all kicks off on Monday 22 July, with festivities on-going throughout the week before the race begins on Saturday 27 July at 16.30.