World’s Fastest Gamer Season Two has been launched. In the first season, esports racers competed for a chance to become an F1 simulator driver, this time the prize is a drive with Swiss Aston Martin customer outfit R-Motorsport.

The winner will become a professional driver and race Aston Martins with R-Motorsport at iconic circuits such as Monza, Paul Ricard, Brands Hatch, Nurburgring, and in the Spa 24 Hours.

Eight of the finalists have been selected from the biggest esports racing championships of 2019. A further two will be decided through wild card qualifiers held in the coming weeks, one in association with Gear.Club exclusively on mobile, the other online with rFactor 2.

The finalists will undergo a rigorous selection process in the UK, asked to show both their gaming abilities and their on-track potential. The six fastest gamers will fly to R-Motorsport’s’ impressive HQ in St Gallen, Switzerland, where six will become two through an intensive four-day set of challenges.

At each step of the final, head judge Juan-Pablo Montoya, alongside season one winner Rudy Van Buren, will decide who has what it takes to go on to try and claim the prize worth in excess of $1 Million.

“I have raced online for several years and use simulators to this day to stay sharp,” Montoya said. “I know that there is huge talent in the virtual world because I was regularly beaten by gamers when I raced against them! I know the skills between real and virtual are completely transferable, so my job on WFG is to make sure these gamers are hungry and perform under the pressure I intend to put them under.”

Van Buren won a contract to be an F1 simulator driver with his victory in WFG season one. His story was watched by millions online and on TV via broadcasters such as ESPN, CNBC, Sky and Fox, showing the four-part TV reality series.

“We’re going back to our roots in GT racing, real racing, linking to esports. We’re pleased to get it out the door. R-Motorsport has good partners with Arden and Jota, they do a great job. They’re well funded, they don’t mess around.

“Andy Palmer is extremely supportive, which is why we’re doing it with those guys. We’re happy to spend a lot of time with them, we’ve worked with them the past year. Their dealership in Switzerland is massively impressive, and their presence at races on and off-track is impressive.

“They pick great drivers, we want to work with them and expand into different championships.

“This will be won by the most talented gamer, not the driver with the biggest budget,” Cox added. “Esports racing has grown significantly since our first project more than ten years ago, but still there is a huge talent pool out there, undiscovered.”

R-Motorsport was founded in 2014 and has quickly established itself as one of the world’s top GT and touring car racing teams in the world. Currently, it competes in GT3 and GT4 racing with Aston Martin, as well as DTM. 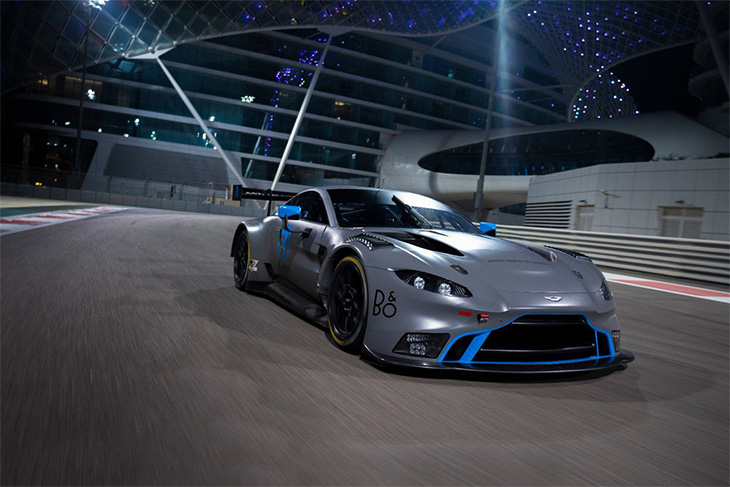 “In our short history R-Motorsport have had great success and impact on track with Aston Martin,” R Motorsport’s Co-owner and Team Principal Florian Kamelger said.

“With Darren’s team at Millennial Esports, we now have a foot in the virtual world that provides our partners with a new platform within Motorsport. To see the transformation of the World’s Fastest Gamer into professional racing drivers in our fleet of Aston Martins will be another step in establishing R-Motorsport as one of the leading entities in international Motorsport.”

Aston Martin President and Group CEO, Andy Palmer, concluded: “We are pleased to see that Millennial Esports has engaged with our partners R-Motorsport on the biggest esports racing competition globally – World’s Fastest Gamer.

“This project shows the increasing interest in Aston Martin in the real and virtual world and I am confident that this will catapult our brand to leaders in the burgeoning esports space.

“Aston Martin has had great success in using real-world motorsport as a key marketing tool across the globe from Formula 1 to Le Mans and Nurburgring. We wish Millennial Esports and R-Motorsport the same success in the virtual world.”