Ford has taken the wraps off its new track-day-only Ford GT Mk II at the Goodwood Festival of Speed today. The car has been co-developed by Multimatic and Ford Performance, building on the GTE-spec GT platform that has been racing in IMSA and the FIA WEC since 2016.

The GT Mk II has been developed without the limitations of regulations. It is powered by a 3.50litre EcoBoost V6 engine which produces 700bhp, 200 more than the race car. It has a seven-speed dual-clutch gearbox like the road car and updated aerodynamics which produce 400% more downforce than the road car. 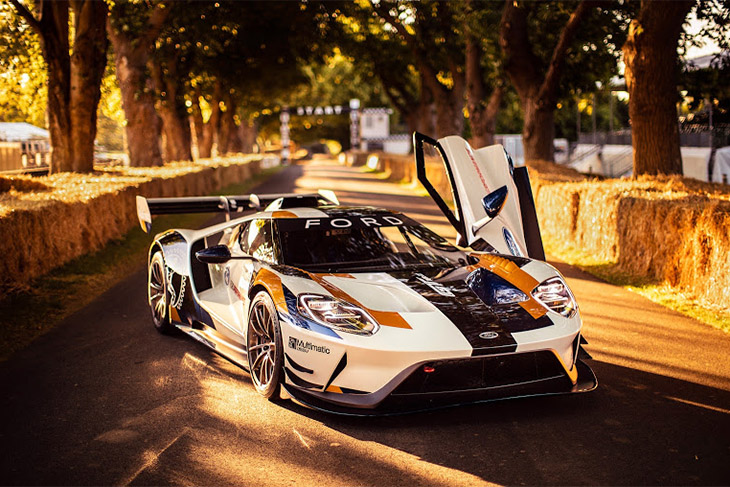 The changes are visual, the car featuring a dual-element rear wing, a new racing splitter and diffuser, new fender louvres and dive planes.

“The road car is obviously limited by the many global homologation requirements that it must comply with, and the race car suffers from the restriction of the dreaded Balance of Performance, resulting in it being 150 horsepower down to the road car,” said Multimatic’s Chief Technical Officer Larry Holt. 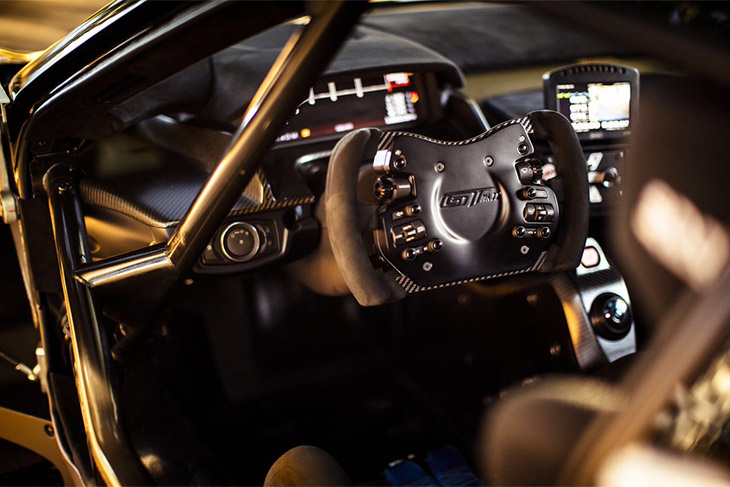 “The Mk II answers the regularly asked question of how would the car perform with all the limitations lifted.”

Just 45 examples of the limited-edition $1.2 million GT Mk II will be produced.

“It’s the closest GT owners can get to the Le Mans-winning performance and exhilarating feeling of crossing the finish line in the Ford GT race car.”

Ford’s new track-only GT Mk II will make its public debut running in the Supercar class up the famous Goodwood hill climb during this week’s Festival of Speed.