“There was a minor repair in corner two yesterday due to the hot temperatures,” a CTMP representative told DSC.

Ron Fellows — wearing a black shirt and jeans and facing away from the camera — was seen inspecting some of the repair work that was being completed on turn two. Fellows, alongside Carlo Fidani, are co-owners of the track.

CORE sent to the back of the grid

After winning the pole position yesterday for today’s IMSA race, CORE autosport’s Nissan DPi will start from the back of the DPi class field. 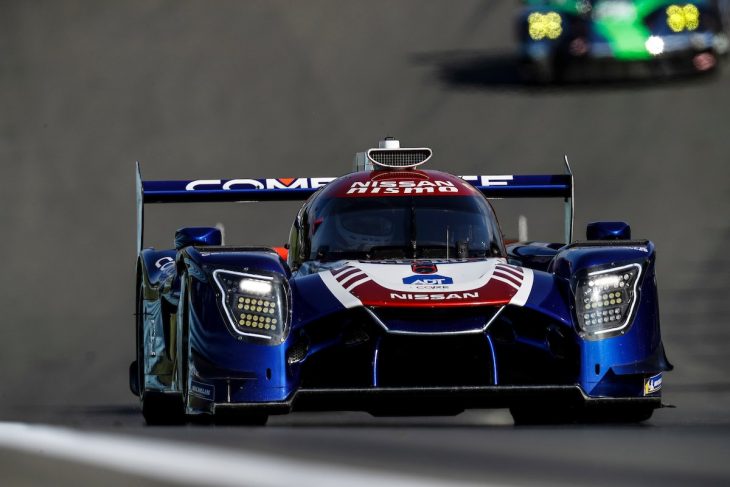 The team has opted to change tyres and its starting driver for the race (Jon Bennett will drive), which means the team has to forfeit pole.

This means that the #7 Penske Acura of Helio Castroneves will start from pole.

A streak of wins and solid finishes from the #6 Acura Team Penske ARX-05c of Dane Cameron and Juan Pablo Montoya has dropped Felipe Nasr and Pipo Derani out of the lead of the championship — a lead they have had for most the of the season.

Whelen Engineering, though, has four podiums in four attempts from CTMP, including two wins in 2016 and 2017.

“CTMP is always tricky, the tires come in quickly, so the tire peak comes in during lap two or three so if you do not have a clear run, then you can’t get that fast lap. That is where we ran into trouble during our qualifying session due to the traffic just ahead of us limiting what we were able to put together.” Nasr said.

Nasr qualified the #31 Whelen Engineering Cadillac DPi-V.R. fifth in the order (now fourth after CORE lost pole) — the best of any of the Cadillac entries.

“I did the best with what I had. Looking at the big picture – we have a good race car. The Action Express guys have been working so hard all weekend to give us a good setup. I want to move forward during the race and I will fight those positions,” he added.

Harry Tincknell paced the morning warm-up session in the #55 Mazda RT-24P with a best time of 1:05.802. He was followed closely behind by Nasr in the #31 Cadillac who set a best lap just 0.041 seconds off the top time. 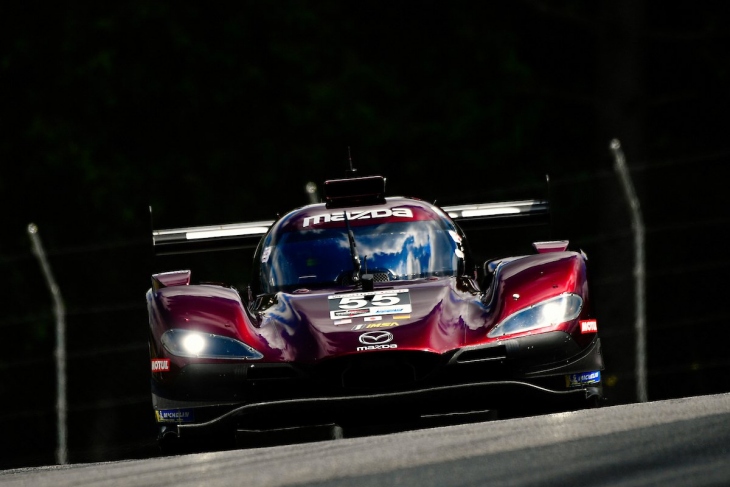 Pole-sitter Jesse Krohn in the #24 BMW M8 was a little over a tenth of a second behind Westbrook while Patrick Pilet in the #911 Porsche 911 RSR.

Corvette, still looking for pace that cannot seem to be found, ended the session seventh and eighth — the bottom of the GTLM order.

Scott Hargrove in the #9 PFAFF Motorsports Porsche 911 set the quickest time in GT Daytona, a 1;16.292, some seven-tenths of a second quicker than their qualifying time. Patrick Long in the #73 Park Place Porsche 911 was just behind them with a best time of 1:16.566.

The only incident in the session was a minor spin at turn three for the #911 Porsche, the car did not touch the barriers and was undamaged despite a trip through the grass.

Change to the US broadcast

Today’s race has been pushed to CNBC for viewers inside the United States. This is a result of the NASCAR race from Daytona — originally scheduled for last night — being moved to 1 p.m. EDT, the IMSA time slot on NBC.

A rain-plagued NASCAR race last weekend from Chicagoland also impacted what NBC had in store for their IMSA coverage from Watkins Glen.