Optimum Motorsport has announced that Aston Martin factory driver Jonny Adam will race alongside Ollie Wilkinson at the next round of the International GT Open season at the Red Bull Ring.

Adam, the reigning British GT champion, returns to the team in place of fellow factory driver Darren Turner, who is unavailable for the weekend.

“It’s really nice to be back with the team at Optimum Motorsport and I am excited to partner Aston Martin Racing academy driver Ollie Wilkinson,” said Adam.

“I know both the team and Ollie well and have been impressed with the pace and performance recently so that sets us up nicely for Red Bull Ring. We’ll be pushing in the Pro Class for an overall podium and see if we can get this #96 Aston Martin Vantage GT3 near the front of GT Open.”

The round at the Red Bull Ring marks the team’s return to GT Open competition after it opted to skip the weekend at Spa-Francorchamps so it could compete in the British GT Championship round at Silverstone. 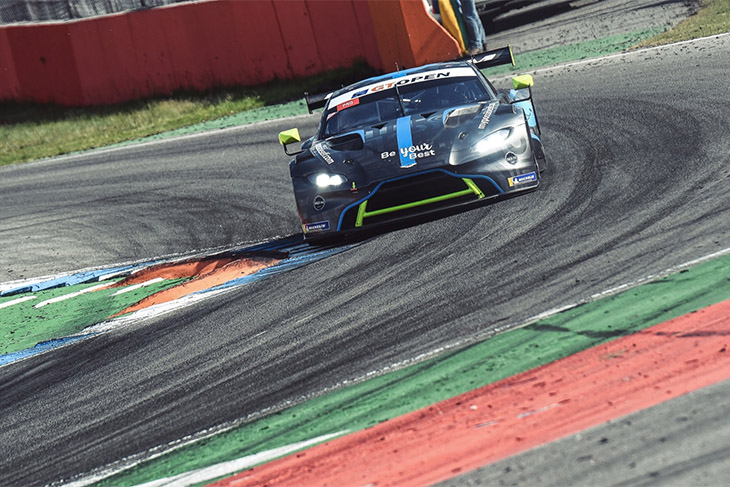 As a result, Ollie sits seventh in the overall standings and is the second highest placed British driver in the series. The team sit sixth in the team’s classification with four rounds remaining.

The team secured a podium at Hockenheim in May following Ollie’s class upgrade, and they head to Austria hoping to pick up where they left off.

“We’re looking forward to returning back to the GT Open as it’s some months since we last raced in the championship,” said team principal Shaun Goff.

“Last time out it was a great result in Hockenheim and a lot of that was credit to Ollie’s pace. It’s great to have Jonny Adam back with us too, so I believe the combination should have us in the mix for podium shot.”